Germans in Berlin and Saxony show their support for Poland, including with a giant banner unfurled at Brandenburg Gate thanking the Polish government 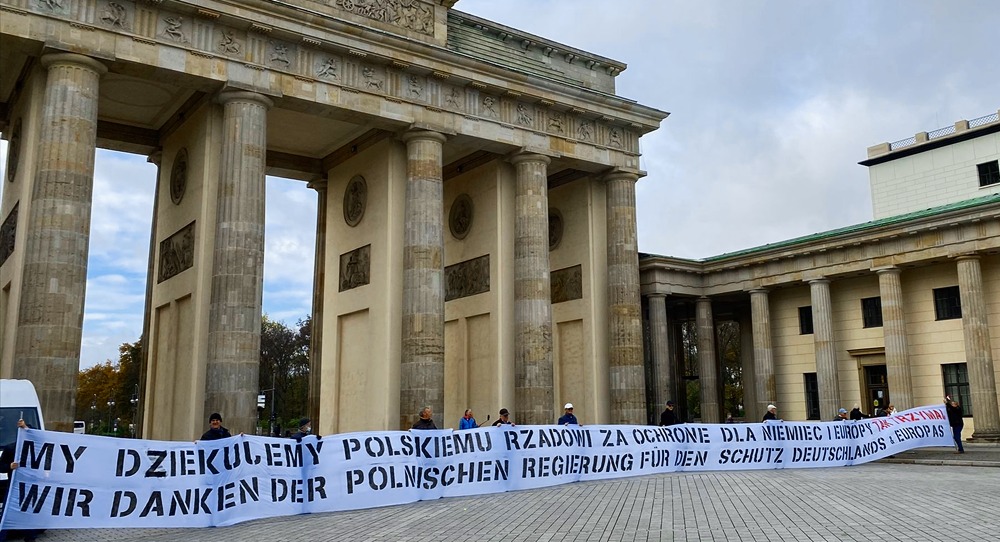 Word of Belarusian provocations and hybrid warfare against Poland is spreading across the world. While some opposition politicians in Poland are unable to approach the crisis in accordance with their country’s interests, ordinary citizens, including those in Germany, are celebrating Poland’s defense of Europe.

Examples of this are online movements such as “#DumaiSzacunek” (pride and respect) and “#MuremzaPolskimMundurem” (we stand behind the Polish uniform) as part of which Polish flags are hung out of windows as thanks to the Polish soldiers, police and officers who are defending the border.

Several Poles from many corners of the country, including journalists and politicians, also posted pictures of their flags on social media, emphasizing their support for the defense effort.

Interestingly enough, there have been citizens in Germany who have decided to thank the Polish government and services for “defending Germany and Europe.” Banners with thanks were hung out in several of Germany’s largest cities, including Berlin in which Germans displayed a massive banner with the words “We thank the Polish government for protecting Germany and Europe” in front of the Brandenburg Gate.

According to sources, the action was conducted by Alternative for Germany (AfD) politicians in cooperation with non-partisan German patriots. In addition to Berlin and the border town of Goerlitz, the banners also appeared in several towns in Saxony.

“The common basic consensus of the Free Saxons are the ties we have to a liberal Saxony which maintains its historic identity, and which can bravely defend itself against orders from Brussels and Berlin. We want to live as free Saxons in a free Saxony,” the organizers of the event in Georlitz declared.