Germany struggling to cope with migrant surge from Belarus

“A friend told me that it was easy to get to Germany via Minsk,” said one of the migrants 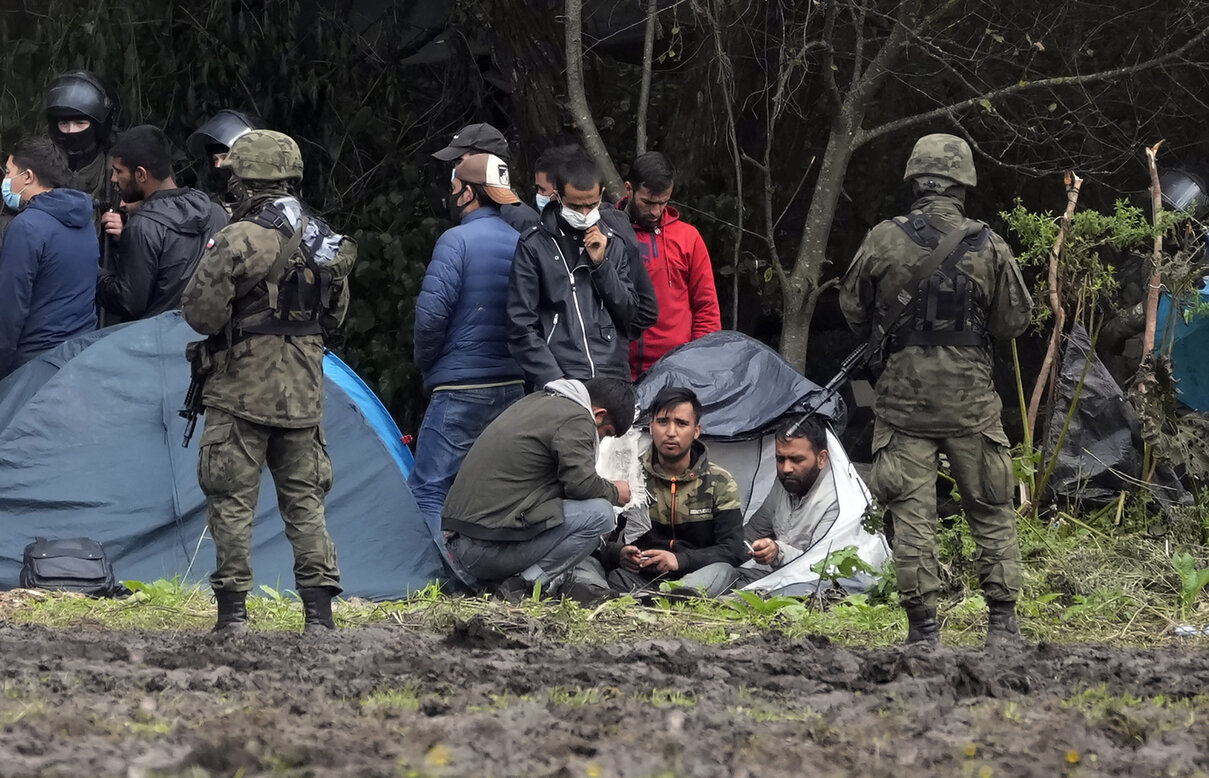 Polish security forces surround migrants stuck along with border with Belarus in Usnarz Gorny, Poland, on Wednesday, Sept. 1, 2021. Poland has been reinforcing its border with Belarus – also part of the EU's eastern border – after thousands of migrants from Iraq, Afghanistan and elsewhere tried to illegally enter the country. The Polish government says it is the target of a "hybrid war" waged by authoritarian Belarus. Human rights activists are concerned about a group caught along the border, trapped between armed guards on each side. (AP Photo/Czarek Sokolowski)

Massive police deployment, extensive and strict border controls, and a regular search of forest roads is the new everyday reality in the German state of Brandenburg, which lies at the Polish border. The region is struggling to deal with a wave of migrants sent to the European Union by Belarusian President Alexander Lukashenko, and despite police efforts, there is no sign that the wave is letting up.

Groups of Iraqis, Syrians, and Afghans are now coming to Germany via Poland, and

“There were 40 on Monday, 69 on Tuesday, and 80 on Wednesday,” said Olaf Jansen, head of the reception center in Eisenhüttenstadt.

The capacity of 1,100 seats is completely filled. During the first three weeks of September, 600 migrants arrived. That is twice the number of migrants who arrived in Brandenburg in August.

Twenty-five-year-old Shakr from Yemen is also one of the residents of the reception center.

“A friend told me that it was easy to get to Germany via Minsk,” says the engineering student.

“The police took me to the Polish border. But the Poles sent me back, and then the Belarusians sent me back to the border,” he described, adding that this exchange took place twelve times before Shakr managed to secure a place in a smuggling taxi that took him to Brandenburg.

However, he did not want to disclose the price he had to pay. The usual cost is $1,500 (€1,283) per person. Border control and flights to Minsk are also expensive.

“I will give the money back later. I want to study and work,” said Shakr.

The new wave of migrants is pushing Germany to the limit. In addition to migrants from Belarus, about 500 migrants enter Germany via other routes every month, mainly from Greece. The head of the reception center, Jansen, had new residential containers built, and the federal police set up heated tents with electricity.

“Refugees spend four days in the quarantine after arriving,” said Olaf Jansen, adding that they are then tested for Covid-19, registered, undergo a medical examination, and apply for asylum. People diagnosed with coronavirus need to be isolated in residential containers for two weeks, as must their contact persons. There are currently 128 people in these secluded places.

The rest is accommodated in joint rooms or transported to other branches of the reception center.

“Because there is not enough space, we send them by bus to Bavaria and look for rooms in residential houses in the region,” says Jansen.

Only one in five refugees gets returned to Poland. That concerns those who have already applied for asylum there. More than 80 percent of the migrants stay in Germany.

“Their reasons for asylum are usually not recognized, but they stay based on the tolerance principle,” says Jansen.

The new wave of migration prompted by the Belarusian President Alexander Lukashenko aims to put EU governments under pressure. Lukashenko himself has confirmed that the importation of migrants is retaliation for the sanctions that the EU has imposed on his regime for suppressing the opposition and violating human rights in the country. 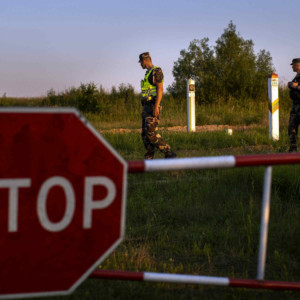