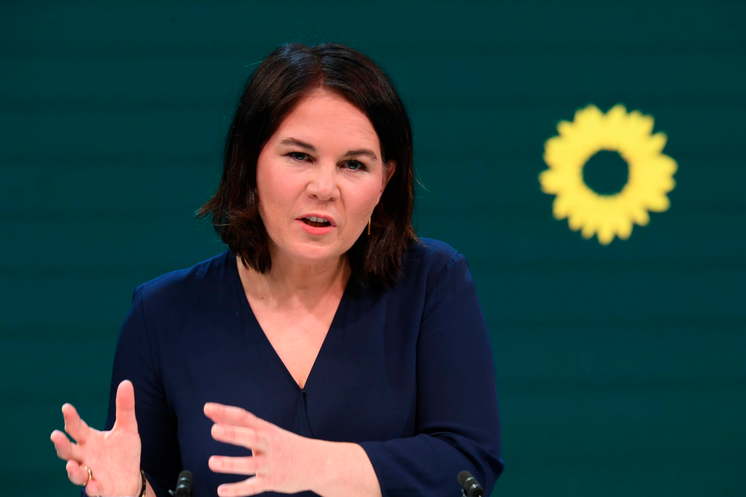 Five months before the German federal elections, Hungarian daily Magyar Nemzet is looking at the way German-Hungarian bilateral relations may change depending on who sits in the chancellor’s seat after Angela Merkel, with a potential victory of the Greens seen as a negative development for Hungary.

With Christian Democratic Union (CDU) President Armin Laschet having won the center-right coalition’s chancellor candidacy against the more popular Bavarian leader Markus Söder, the race now seems to be between him and Greens’ vice-chair Annalena Baerbock.

According to the latest polls, only 24 percent of voters would vote for the ruling CDU/CSU coalition, compared to 33 percent in the election four years ago. The opposition Greens are only one percentage point behind, while in the 2017 elections they only managed a meager 9 percent.

“The Greens haven’t been in government for 16 years, but in Germany, the political-social changes have gone in the direction of their popularity and  many of their ideas have been incorporated into the politics of the current government. It is only a matter of time before they take part in a government again,” Bence Bauer, director of the Hungarian-German Institute of the Mathias Corvinus Collegium, told Magyar Nemzet.

As he explained, the combined support of the Greens and the Social Democrats (SPD) in coalition with the CDU/CSU is always around between 35 to 38 percent, with the INSA survey currently giving 17 percent support for the SPD.

The Greens will start to become dangerous for the CDU/CSU if conservative voters dissatisfied with the European policies of the current ruling coalition give their vote to the Greens.

The CDU/CSU’s popularity has taken serious hits due to recent negative perceptions of epidemic management, the slowness of the vaccination campaign and corruption scandals surrounding the party’s politicians.

However, according to Bauer, as the leading party, they still have the chance to form a government after the election and the Greens will be the most likely coalition partner, but it is also possible that the environmental party will rather enter a coalition with the Social Democrats.

“There will be no huge revolution in Germany, as the Germans are not known for the sudden changes,” Bauer said.

Regarding the relationship Hungary would have with Laschet or Baerbock, the expert said: “I see many parallels between the politicization of Armin Laschet and Helmut Kohl. They are characterized by balanced action, understanding and cooperation. This can also be favorable for Hungary. Laschet has proven that he can compromise. This is a good thing if you want to govern the largest country in Europe. We do not know how Annalena Baerbock would relate to us, but there would probably be a sharper shift due to the Greens’ European and migrant policies. No radical turn is expected, but the winds would certainly change,” Bauer added.

The Green Party has put forward a number of proposals in regard to immigration that could have a profound change in Germany, including giving voting rights to foreigners residing in Germany who do not have citizenship. The party also wants to enact quotas for foreigners in public administration, which may be in violation of the country’s constitution.