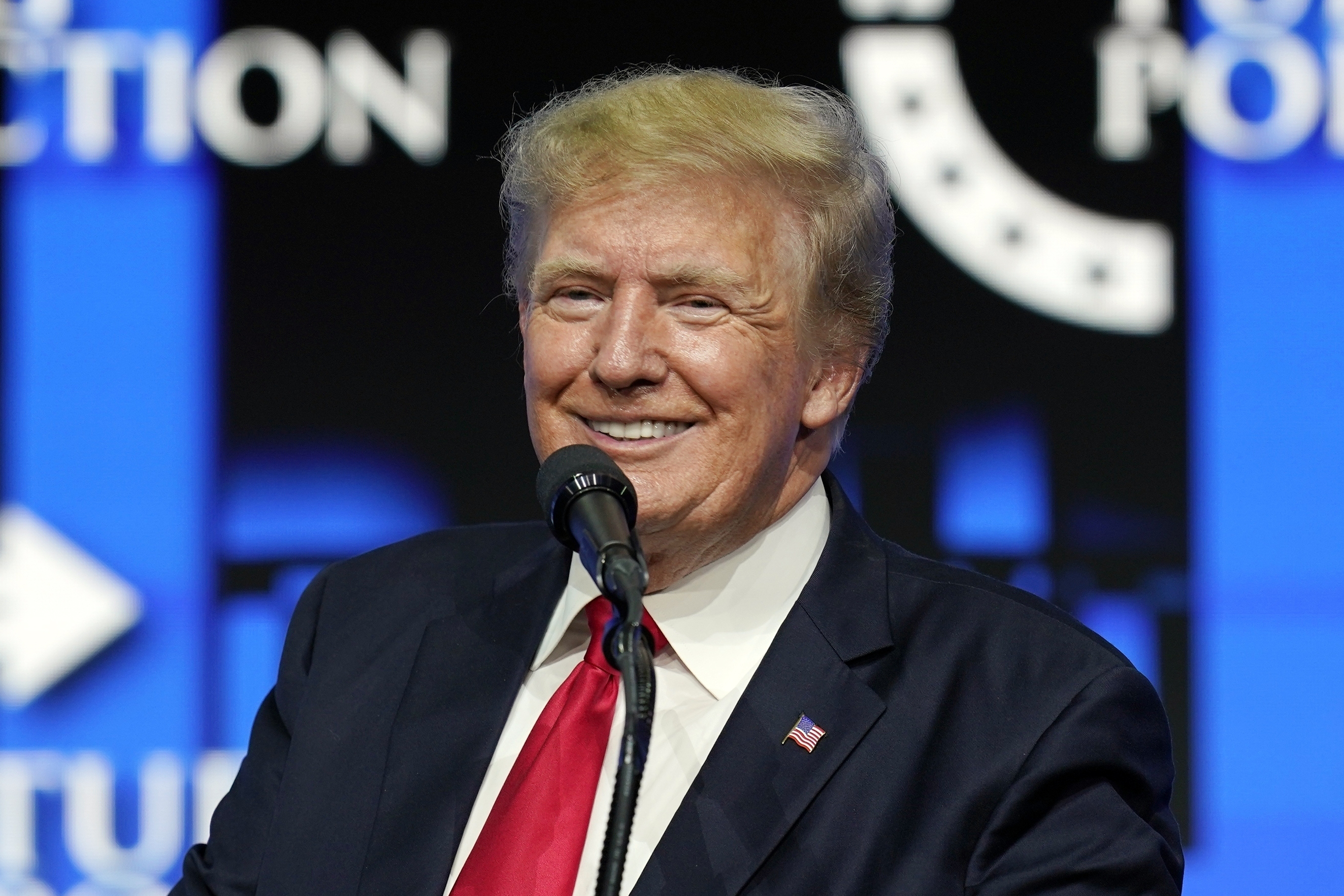 After the Biden administration indicated in its only press release that the president would address the full-scale Russian invasion of Ukraine “tomorrow in the early afternoon,” former President Donald Trump pounced, saying Biden is “probably sleeping right now.”

Biden made no public appearance in the hours following a massive outbreak of hostilities from Russia, with airstrikes hitting major cities like Kiev and Kharkiv. Currently, reports are that Russian forces are making rapid progress through the country, meaning much of Ukraine could be lost before Biden makes any public statement.

The White House press release simply said that Biden will address the crisis “tomorrow in the early afternoon,” which likely means after he has woken up.

Unlike Biden, Trump quickly responded to the invasion within hours, appearing on Fox News to slam the current president, saying, “I don’t think he’s monitoring, I think he is probably sleeping right now.”

“As an American, I am angry about it and I’m saddened by it,” Trump said. “And it all happened because of a rigged election! This would have never happened!”

“This should have never happened. This would not have happened during my administration. In fact, some people are saying: Why didn’t this take place over the last four years? It didn’t for a very good reason, and I’ll explain that to you someday, but it wouldn’t have taken place, and it wouldn’t have taken place right now. It’s a sad thing for the world and the country and a lot of people that will be needlessly killed,” said Trump.

Trump is well-known for running on little sleep and his relentless work ethic, with the former president only sleeping four to five hours a night. Two days ago, Trump pointed to a “weak” Biden and said that Putin would have never launched any invasion of Ukraine if he was still president in a separate appearance.

“I know Vladimir Putin very well, and he would have never done, during the Trump administration, what he is doing now, no way!” Trump told the show.

He pointed to Biden’s foreign policy disaster in Afghanistan as a sign of weakness that only encouraged Putin.

“He saw the weakness, and you know, it really started with the weakness in Afghanistan. The way they pulled out of Afghanistan. I really believe that’s where he started thinking he could do this.”

Biden’s rapid withdrawal from Afghanistan led to the complete takeover of the country by the radical Taliban movement after 20 years of U.S. occupation.