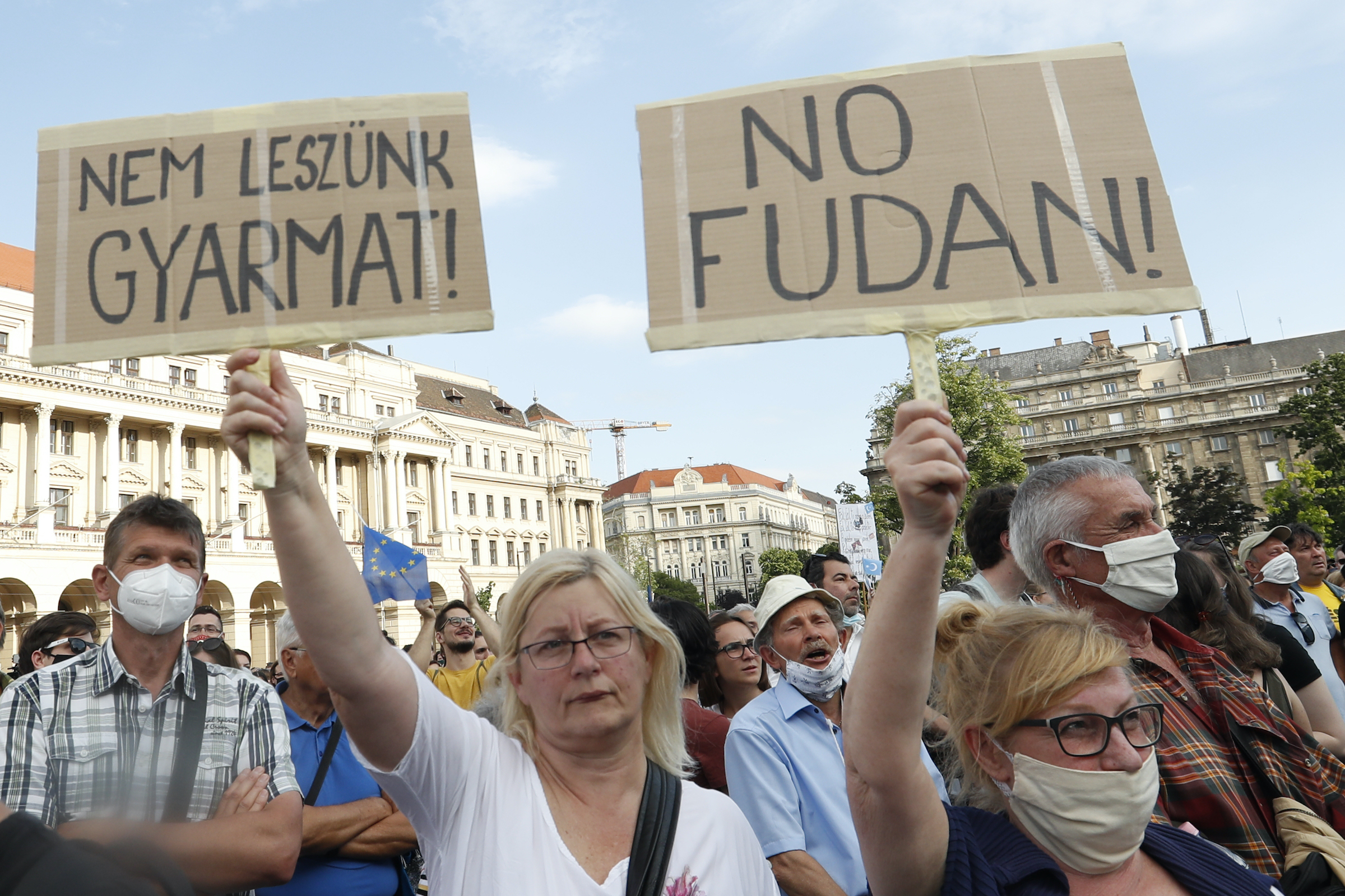 Supporters of Budapest’s liberal mayor Gergely Karácsony and Hungarian left-wing opposition parties have taken to the streets of the Hungarian capital on Saturday, protesting against the planned Fudan University campus.

As Remix News reported earlier, the Hungarian and Chinese government have signed a joint memorandum about their intention to build a large campus for the Fudan University in Budapest’s 9th district. The plans have garnered criticism from student and opposition groups quoting China’s human rights records as well as concerns that the project would come about at the expense of a student city for Hungarian universities that was planned for the same site.

Although the Hungarian government had repeatedly reaffirmed their intention to continue with their original plans for the student city, opposition parties have seized upon the issue to mobilize their student base against the government of Viktor Orbán. Saturday’s demonstration was also organized by a student movement calling for a stop to a cooperation with the Chinese government, citing fears that the university could be a Trojan Horse for Chinese influence in the country. Over 20,000 people have signaled via social media channels that they would attend the demonstration, yet estimates of the real attendance vary wildly, some quoting half that number.

Budapest Mayor Gergely Karácsony, a vocal critic of the government of Viktor Orbán, was one of the critics addressing the demonstrators. In his speech, he emphasized that the demonstration is not directed against the Chinese people, not even China as such, but against the construction of a Chinese university from Hungarian taxpayer money. Although as Budapest mayor, Karácsony is expected to stay away from party-political partisanship, he went on to criticize the governing parties, calling the Fudan issue “Fidesz’s final and complete moral suicide.”

The mayor of Budapest’s working-class 9th district, where the site of the campus is planned, Krisztina Baranyi, had also called for a halt to the plans. Baranyi, known for her recent anti-Semitic scandal, had voiced her fears that the Fudan campus might be used as a golden reserve for the Chinese government’s diplomacy and intelligence services.

Reacting to the protests, Gergely Gulyás, minister responsible for government communications, announced that the government is ready to call for a referendum that would decide the fate of the Chinese university. In an interview, he stated that Hungary, as a NATO and EU member, does not have to make special gestures in order to reinforce its pro-Western orientation, however, the Cold War has ended, and the country must therefore strive for proper and fruitful relationships with the world’s major powers, including China and Russia.

Asked about the Fudan University, the minister had stated that currently there are no detailed plans for its financing nor its construction, therefore joining some of the heated debates about its future would be premature. The completion of more detailed plans is expected in about 18 months.

The minister had also reacted to the news, according to which the procurement process for the reconstruction of Budapest metro line 3, for which the office of the Budapest Mayor is responsible, has significantly overrun its original budget. According to a recently published study by the Ministry for Innovation and Technology, the project is overpriced, which explains why 10 billion Hungarian forints in extra expenses are now required for its completion. In Gulyás’ view, the government will stick to its promise and finance the underground project for the amount of the originally agreed sum, but any extra costs will have to be covered from the Hungarian capital’s budget.