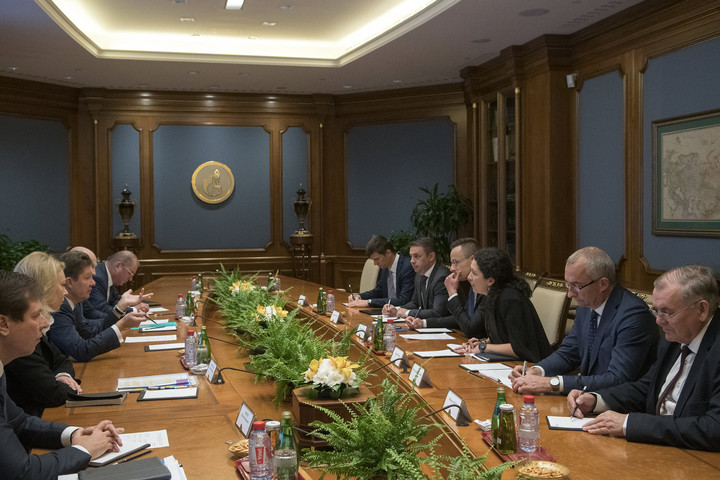 The joint bid of a Hungarian and Russian company has won a tender worth over $1 billion to deliver rail carriages to the Egyptian Railways, Hungarian Minister of Foreign Affairs and Trade Péter Szíjjártó said after a Moscow meeting with gas giant Gazprom and several Russian government officials.

He said this was one of the biggest contracts ever for the Hungarian transport industry – which goes back to the 1850s. He also said that because the European Union’s sanctions against Russia had caused a loss of $8 billion in potential exports to Russia, the two countries had been working together to offset that loss in bilateral trade areas not affected by the sanctions, such as expanding the reach of Hungarian pharmaceutical companies with a manufacturing base in Russia.

Additionally, Hungary reached an agreement with Gazprom that the Russian gas company will begin deliveries of natural gas for the 2020-21 winter period next April. Szíjjártó added that thanks to an earlier agreement, Hungarian gas storage facilities were fully stocked for the first time in their existence, meaning nearly 6.5 billion cubic meters of natural gas, covering Hungary’s needs through next autumn.

He added that the plans for the expansion of the Paks nuclear plant – to be carried out by Russian firm Rosatom – have been approved, meaning that the cheap and reliable electricity supply of Hungary will be covered well into the future. Hungary signed the deal to expand the capacity of its only nuclear plant in Paks, central Hungary to 1,200 megawatts from the current 500 megawatts back in 2010, at a price of HUF 2,000 billion at the time (EUR six billion at current exchange rates).