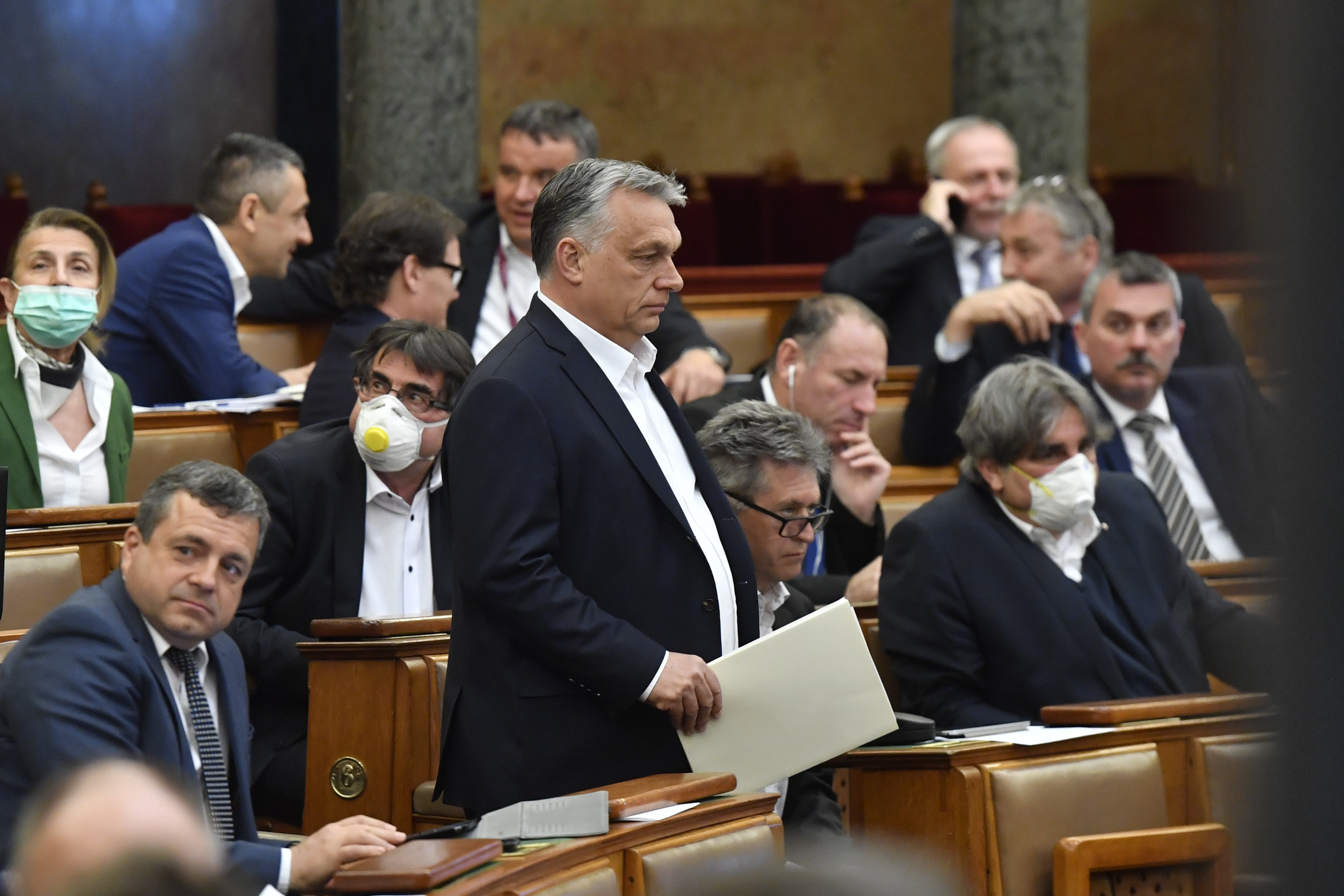 In a predictably stormy session on Monday, the Hungarian Parliament extended the country’s state of emergency and granted the government special powers for the duration of the coronavirus outbreak. During the same session, Prime Minister Viktor Orbán also said that within a week his cabinet will announce the country’s most comprehensive economic package ever.

The new legislation will ensure the government can take quick and decisive actions to protect people’s health, ensure political stability, and keep the economy running during arguably the biggest crisis in Europe’s modern era. It also helps the government maintain emergency-related measures it has already enacted and prolong amendments to Hungary’s constitution until the state of the emergency comes to an end.

The legislation also outlines that people who violate quarantine rules can be punished with up to three years in prison. In addition, anyone who disseminates fake news or produces distorted real information that negatively affects the government’s ability to respond to the epidemic can be pushed with one to five years in prison.

In the debate preceding the vote, several opposition party members, such as László Lóránt Keresztes of the green LMP, Andrea Varga-Damm of the far-right Jobbik and Gergely Arató of the liberal Democratic Coalition (DK), criticized the motion for giving special powers to the government for an unspecified length of time and made claims that the government is oppressing media freedom.

In his response, Pál Völner, state minister at the Ministry of Justice, said the opposition’s criticism was both unfounded and an attempt to regain some of their lost popularity, as the majority of Hungarians found that the government is handling the crisis in a satisfactory manner.

“The opposition is scared of the trust the population has developed towards the measures of the government and wants to erode it via a debate about confidence,” Völner said. The motion was passed with 137 yes votes and 53 against.

Despite the opposition’s claims, parliament has the power to end the emergency powers once it declares the state of emergency over.

He also said that on April 6 or April 7 at the latest, the government will announce the “largest and most comprehensive economic stimulus package in Hungarian history.”

Orbán added that his cabinet will use the extra powers commensurately and legally and at the end of the crisis will hand the powers back to parliament.