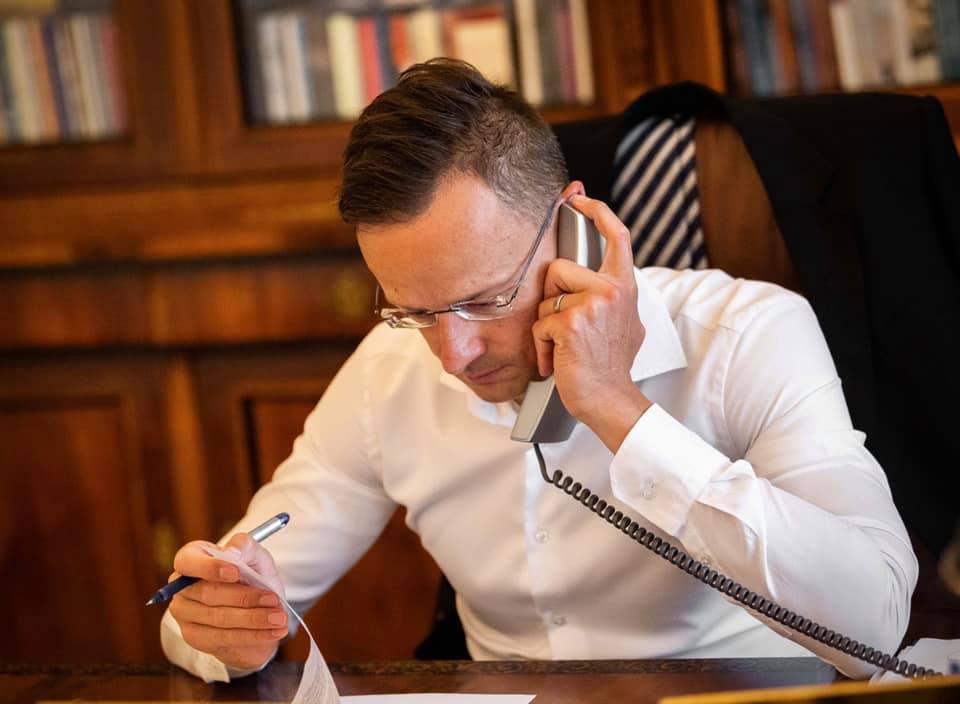 Ahead of Wednesday’s European Union diplomatic summit on the situation in Belarus, Central European countries are working hard to establish a common position, Hungarian Minister of Foreign Affairs and Trade Péter Szijjártó said on Monday in two consecutive Facebook messages.

“European public opinion remains concerned with the situation in Minsk. Today, I have conferred about it with EU foreign representative Josep Borrell and my German colleague Heiko Maas,” Szijjártó wrote. “I hope we can find as soon as possible calm solutions that are based on dialogue and reflect a common stance of the European Union.”

In another Facebook message, Szijjártó said he had discussed the situation with his Baltic counterparts, Edgars Rinkēvičs from Latvia, Urmas Reinsalu from Estonia and Linas Linkevicius from Lithuania, after which he coordinated with Hungarian Prime Minister Viktor Orbán, who in turn spoke with his Polish counterpart, Mateusz Morawieczki.

“Without any exaggeration, phone lines are burning up on the prime ministerial and foreign minister level with regard to the events in Minsk,” Szijjártó wrote. “The power and importance of the Visegrád cooperation is evident again. We support the Polish position, especially regarding the large Polish community in Belarus.”

Czech Prime Minister Andrej Babiš has also been putting the pressure on Belarus to hold new elections and criticized the use of force by police on protesters in the country.

The protest in Belarus began after the country’s strongman, Aleksandr Lukashenko, won the latest elections with over 80 percent of the votes, with widespread allegations of ballot rigging. The 65-year-old Lukashenko, a former state farm director, has been in power for 26 years and is backed by loyal security forces. Since the beginning of the protests, security forces have detained some 7,000 people.

At the initiative of Morawieczki, EU foreign ministers will hold a video conference on Wednesday to work out a common stance.

“The people of Belarus have the right to decide on their future and freely elect their leader,” European Council President Charles Michel tweeted on Monday when announcing the conference. “Violence against protesters is unacceptable and cannot be allowed.”