Father Roberto Maldesini gave his life to serving the poor, but was brutally murdered by an illegal immigrant who already had deportation orders 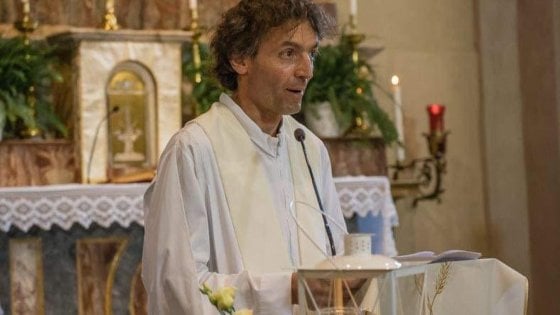 Italian priest Roberto Maldesini has been killed at the age of 51 after he was stabbed multiple times by an illegal immigrant from Tunisia, all while the victim was handing out breakfast to the homeless in front of his church in Como, Italy, news portal Avvenire reported.

According to the portal, the perpetrator was a 53-year-old immigrant of Tunisian descent who had already been deported from Italy by the authorities earlier this year.  The man’s deportation was delayed due to the coronavirus pandemic.  The Tunisian man did not have a certified mental disorder, but residents from the area said he was an unstable person. The Tunisian killed his victim with a knife in front of the priest’s parish, Saint Rocco Church, and then he walked into a police station and gave himself up.

This morning at 7 AM, #Como, #Italy #Tunisian illegal immigrant, 53, slits the throat of #Catholic #Priest #RobertoMalgesini, 51, at the Piazza San Rocco, and stabs him multiple times. Father was an apostle to all the poor.https://t.co/uY1g2uBgbp

Shockwaves from Malgesini’s death have hit all across Italy, Pope Francis expressing his sadness at the terrible tragedy and called for a common prayer. Oscar Cantoni, bishop of the Como diocese, said he was “deeply shocked” by the incident and praised Malgesini as “one who bent down to those in need, turned to the people so that they could experience the tenderness of God through him.”

After the murder, a large crowd gathered in the square in front of St. Roch’s Church to mourn the fallen priest. According to on-site reports, dozens of homeless and immigrants lit a candle in honor of Roberto Malgesini. A man of Romanian descent, Gabriel Nastase, said of Malgesini, “He was like a father to me”. Caritas director Don Roberto Bernasconi said, “He was a gentle person, he was aware of the risks he was running. The City and the world have not understood its mission.”

Bernasconi compared the murder of Malgesini to martyrdom, saying that Malgesini “wanted to convey a Christian message through his closeness to these people. It is a tragedy which arises from the hatred which is mounting these days and which is the source of this gesture. Either we stop hating ourselves, or tragedies like this will happen again. I hope that his martyrdom can contribute to the elevation of society”

Malgesini was not only respected and loved by the local community, he was known by almost everyone from Como. Bishop Cantoni recalled that when he walked down the street with Father Malgesini, he was always surprised at how many stopped them to greet a priest known as a benefactor of the poor.  According to the official Vatican website, during his Sept. 16 general audience, Pope Francis said he unites himself “to the sorrow and the prayers of his relatives and to the community” of Como. “I give praise to God for the witness, that is, for the martyrdom of this witness of charity toward the poorest,” the Pope said.

Father Malgesini was born in Morbegno, in the Italian province of Sondrio in 1969. He was ordained a priest in 1998. He served as a priest in the diocese of Como since 2008.

Title image: Italian priest Roberto Malgesini of the Como diocese, killed by a migrant while handing out breakfast.