Both Hungary and Israel are targets of the international media and NGOs, says Israeli ambassador 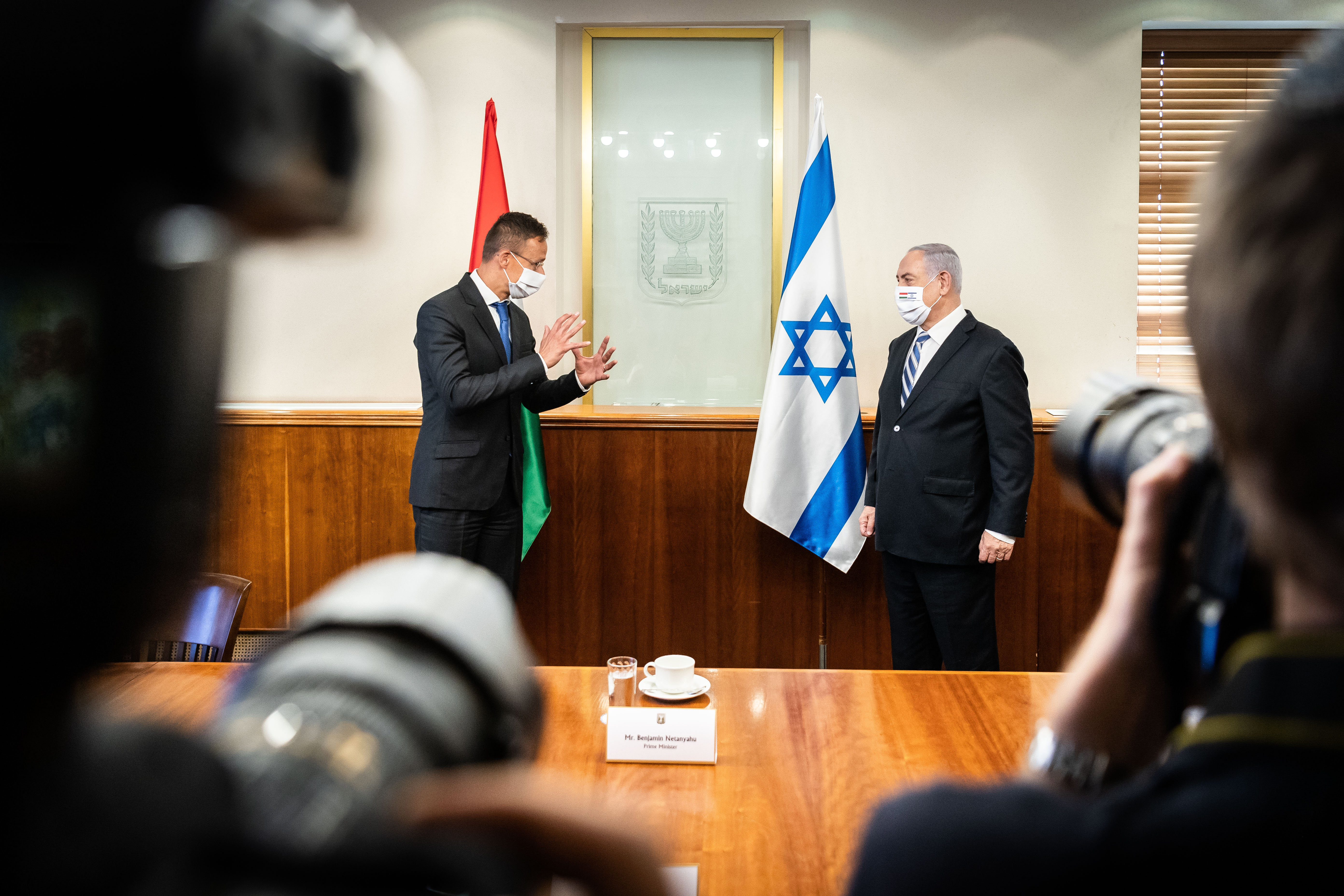 Hungary is one of the few countries in the world which takes Israel’s side at the international level, the country’s ambassador to Budapest Yacov Hadas-Handelsman told conservative Hungarian daily Magyar Nemzet in an interview.

“My country is very grateful to Hungary for not being afraid to speak against the unfounded attacks on Israel based on political reasons,” Hadas-Hendelsman said. He gave the interview shortly after Hungarian Minister of Foreign Affairs and Trade Péter Szijjártó’s recent visit to Israel.

“We live in difficult times due to the coronavirus pandemic. The Hungarian minister’s visit is also especially important for that reason because the two countries are cooperating closely to find solutions in the situation created by the pandemic.”

Hadas-Handelsman said that the two countries have several things in common. Both represent the same politics, while shared history and the Jewish community in Hungary are also a bridge between them. In addition, in the same way that Israel has been under diplomatic crossfire for decades, the same fate has now befallen Hungary.

“As Péter Szijjártó pointed out in Jerusalem, if one were to compile a ranking of the countries most attacked by international organizations and the mainstream media, both countries would be in the top [group],” Hadas-Handelsman said. Replying to reporter’s comment that conservative governments usually came under criticism from the mainstream media, he said this was not necessarily the case of Israel.

“In Israel’s case, it doesn’t matter whether the government in power is liberal or conservative,” he said. “The voices critical to our country have always been in an overwhelming majority. There is no problem with opinions, but there is a problem when international organizations or NGOs attack Israel in the name of democracy or liberal principles for not being democratic with the Palestinians, while at the same time they will not hesitate to use undemocratic methods when putting Israel on the pillory.”

Speaking about the U.S. peace plan for Israel, Hadas-Handelsman said those who reject it, such as the European Union, should at least look at the plan’s merits rather than who it comes from.

“A peace plan cannot be rejected just because it was proposed by Donald Trump, or by saying that the Israeli-Palestine peace process is dead,” he said. “Not to speak of the fact that the EU hasn’t brought anything to the table so far. Washington at least has a plan. Let’s give it a chance.”

He added that Hungary was one of the few countries who sees this similarly.

“Unfortunately, very few countries realize that now there is at least a plan on the table. Luckily, Hungary is among them,” he said.

Following Hungarian Prime Minister Viktor Orbán’s visit to Israel last February, the country opened a trade representation in Jerusalem on March 18, 2019, a symbolic move towards recognizing the city as the Israeli capital.