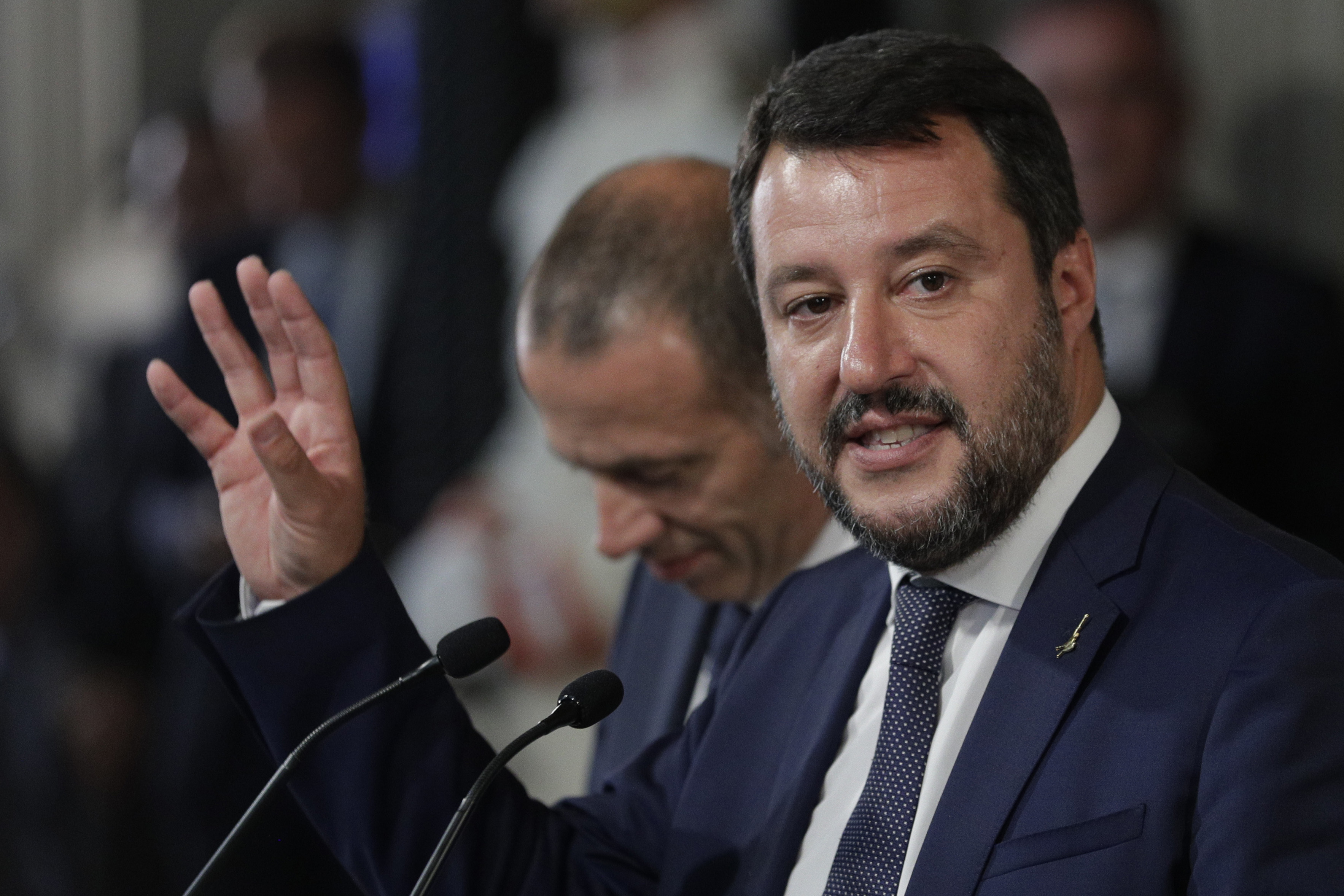 Italy: Salvini warns that 20,000 migrants in Libya are preparing to cross the Mediterranean to Europe

Salvini, citing a report from Italian intelligence services, is raising the alarm about a new migrant wave building in Libya

Italy’s Matteo Salvini, leader of the League party, is raising the alarm over reports from Italian intelligence and the United Nations that indicate 20,000 illegal migrants are preparing to journey from Libya to Europe.

Salvini says the current left-wing government under Prime Minister Giuseppe Conte is ill prepared to handle an influx in migrants and has failed to secure Italy’s borders, according to Italian newspaper Il Giornale.

“The data speaks for itself,” wrote Salvini on Facebook regarding the rise of illegal migrants landing on Italy’s shores, which has grown astronomically since the time he served as interior minister last year.

He added that “1,878 landings were recorded from Jan. 5 to June 5 a year ago, which has become 5,461 for the same period this year”, a figure that represents a nearly 200 percent increase.

There are also concerns that the estimate of 20,000 migrants may be on the low end, as the United Nations warned just months ago that 650,000 migrants are in Libya waiting to cross over into Europe.

Salvini criticized the Conte government for having no clear plan with what to do with arriving migrants.

“Italy says it has written to Europe to ask to redistribute those who arrive, but wasn’t there the Malta agreement, which Conte-Lamorgese claimed as an extraordinary success?” Salvini wrote.

The former interior minister was referring to an agreement announced last year formulated by Italy, Germany, France and Malta, with the first paragraph stating its goal was to “set up a more predictable and efficient temporary solidarity mechanism in order to ensure the dignified disembarkation of migrants taken aboard, on the high seas, by vessels in a place of safety.”

The agreement, which is voluntary for EU member states, has done little to stem disputes among EU nations over who is responsible for migrants. It also does not apply to illegal migrants who successfully reach European soil on their own.

Salvini also was strongly opposed to Conte’s government’s decision last month to grant a mass amnesty to an estimated 600,000 illegal migrants currently living in Italy in the middle of the coronavirus crisis. Under the plan, migrants can be granted temporary residency and work permits, which can be removed every six months indefinitely.

Salvini argues the amnesty will only encourage more illegal migration, drive down wages for Italian workers, and increase the state’s burden in terms of schooling, healthcare, and other public services.

A new migrant wave on the horizon for Europe

Migrant departures from Libya have increased by nearly 300 percent this year between January and the end of April compared to the same period in 2019, the UN Refugee Agency reported. Now, 20,000 more migrants are expected to attempt the dangerous journey to Italy in the near future.

Malta has also warned about the increasing number of incoming migrants, criticizing the lack of solidarity from other European countries and adding that Malta has taken in a disproportionate share of illegal migrants.

Italy, Spain, Greece, Malta, and Cyprus presented a proposal to the European Commission for a new common strategy on immigration and asylum earlier this month.

Among other things, the proposal includes the mandatory relocation of migrants between all EU members. The most affected states hope that this could be the solution to reduce the burden on entry countries where migrants first land.

However, German Interior Minister Horst Seehofer recentyl said that unauthorized asylum seekers should be blocked at the EU’s borders and turned back. Furthermore, seven EU countries, including Hungary, Poland, the Czech Republic, Slovakia, Estonia, Slovenia, and Latvia have sent an open letter to the European Commission asserting that they reject any solution that involves mandatory migrant quotas.

Italy and Malta closed their ports in April, a month after Italy’s national lockdown was introduced in order to reduce the spread of COVID-19.

In recent years, hundreds of thousands of migrants have come to Italy’s shores, and it remains the primary European port for migrants from Africa and the Middle East seeking asylum.

In what may encourage even more migrants to make the journey to Italy, two migrant rescue boats are headed back to the Mediterranean Sea in preparation for new migrant arrivals, a move that follows a two-month interruption of rescue operations.

The #SeaWatch3 sets sail!
After more than 3 months in the port of #Messina, we are finally heading to the search and rescue zone north of the Libyan coast again, where we are urgently needed. Support our mission now with your donation: https://t.co/AtYsXeXWRD pic.twitter.com/CybQFgkubb

A charter boat Mare Jonio belonging to the Italian NGO Mediterranea Saving Humans left the Sicilian port of Trapani to patrol the central area of the Mediterranean Sea on its eighth mission.

“Mediterranea is finally back at sea to monitor and denounce the human rights violations that are constantly taking place in the central Mediterranean,” the Italian charity tweeted on Wednesday.

Mediterranea is finally back at sea to monitor and denounce the human rights violations that are constantly taking place in the Central Mediterranean.

The rescue missions on the sea were suspended on March 20 due to the coronavirus crisis, this was the first time the boat had left for a rescue operation since then.

Mediterranea is at sea again, the #MareJonio is sailing out of Trapani, on its way to the Central Mediterranean for its eighth mission. [thread] pic.twitter.com/292WYTriEN

In an article published in Die Welt in February, political editor Marcel Leubecher acknowledged that most of the migrants headed to Europe in boats across the Mediterranean are not genuine refugees, resulting in them having little chance of having their asylum applications approved.

Consequently, asylum application are rejected 95 percent of the time for migrants from these countries. Additionally, the number of Libyans, whose country has suffered through a long-standing civil war, is only a negligible part of the overall numbers of migrants.