Justice Minister Varga: Hungary has demonstrated that an effective solution to the migration crisis exists

While powerful politicians in Brussels push for open borders, Hungary shows there is an alternative, says Judit Varga 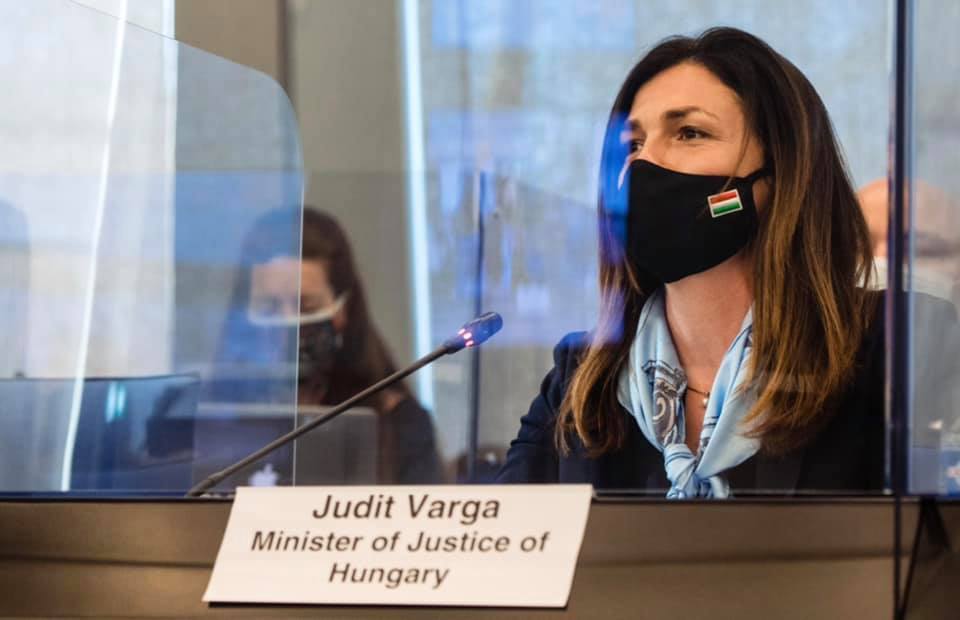 The minister’s statement, posted to Facebook last Tuesday, came in response to a recent proposal put forward by the European Parliament’s Committee on Civil Liberties, Justice, and Home Affairs (LIBE), which she contends runs “completely contrary to the interests of the people of Europe”.

LIBE member Sylvie Guillaume, a pro-mass migration, French MEP who is a part of the Progressive Alliance of Socialists and Democrats — a leftist grouping in the European Parliament — was quoted as saying, “We encourage the European Commission to take new and determinate actions in the area of legal migration”.

“We need to harmonize the European legal migration policy and establish organized, predictable and safe migration channels into the EU,” Guillaume added.

However, according to Varga, who is one of Hungary’s top political figures, the proposal put forward by LIBE “would not only legalize migration but would respond to Europe’s shortage of labor with a massive influx of immigrants”.

“When we had hoped that the left would finally hear the voice of the people, the latest LIBE report called for a single EU immigration code, which would give a green light to migration flows toward Europe, thus deluging the European labor market with a unskilled, cheap workforce,” Varga said.

Varga went on to say that Hungary — through their program called Hungary Helps — has clearly demonstrated to the rest of Europe that an effective and humane remedy for the migrant crisis exists, pointing out that the program had recently assisted 200 Syrian asylum seekers to safely return to their homelands.

“As long as bureaucrats in Brussels write reports, initiate proceedings and speak harshly to other countries through the global liberal media, however, the Hungary Helps program is setting an example and getting real help where it is really needed,” said Varga.

“While the ‘Brussels bureaucracy’ and their friends in the Hungarian left-wing opposition parties are puffing up loud slogans and organizing pseudo-solidarity actions in the media, the Hungarian government is acting and offers a humane solution to the migration crisis,” the minister said.

Last week, during an online discussion hosted by the 21st Century Institute, the Hungarian justice minister told members of the panel that Big Tech companies like Google, Facebook, Twitter, Apple, and Microsoft should be transparent and respect the rule of law, The Budapest Times reported.

Varga, who earlier this year announced that the Hungarian government would draft an anti-censorship law that would help to ensure freedom of expression, noted that the community guidelines adopted by Big Tech firms are arbitrarily enforced onto the users of their platforms. “It’s also a question whether these guidelines are in tune with the principles of the rule of law,” she said.

“If we are unable to control the activities of the tech giants that are building a pseudo legal system, they will rule our lives and force us into a bubble,” Varga continued.

In order to influence public opinion, these tech giants are addicting everyone to “this drug”, she said. Minister Varga also expressed deep concern over ‘Facebook’s move to reduce political content”.

Lastly, Varga said the Hungarian government would wait for the European Union’s forthcoming regulations on the tech giants before it finalizes its own legislation.