Leaks from Brussels: Last chance for Poland to reach agreement with EU 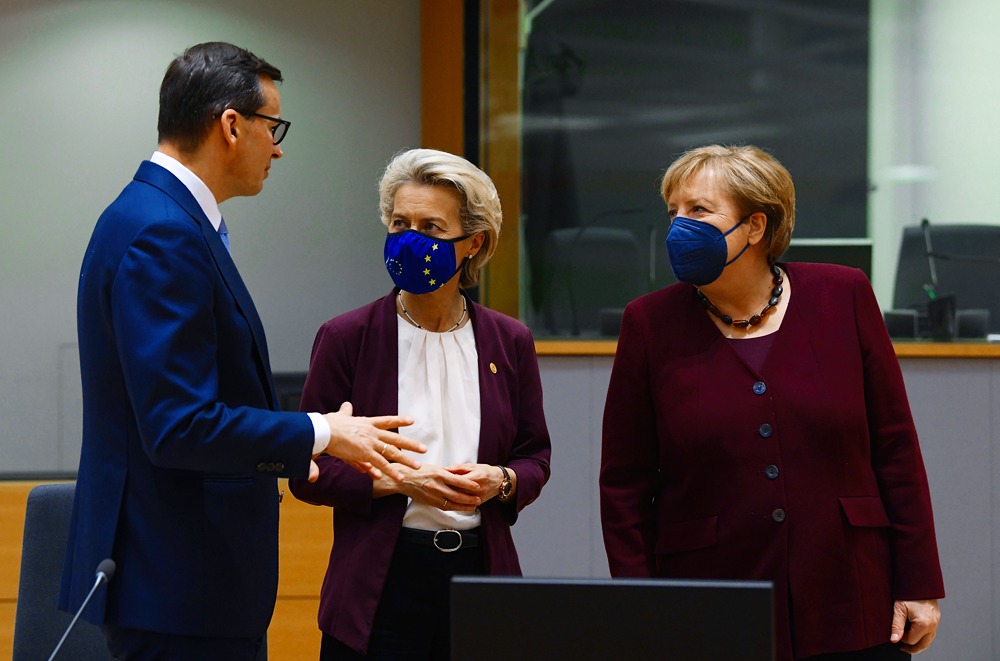 Those who remember the battles that Law and Justice (PiS) fought with EU Commissioner for Rule of Law Frans Timmermans can breathe a sigh of relief. Something important and unique has just occurred. Ursula von der Leyen has taken full responsibility for the conflict with Poland. She will personally make the decision on whether the Polish Recovery Fund will remain suspended or not.

“Her recommendation will have to be confirmed by the European Commission college, but that is a formality. Radical commissioners such as Didier Reynders, Vera Jourova, Thierry Breton, Paolo Gentiloni, and Frans Timmermans have been moved away from the stage of formulating the recommendation,” sources have told Rzeczpospolita.

Von der Leyen decided to take such a step following Prime Minister Mateusz Morawiecki’s clash with MEPs in Strasburg on Oct. 19 and the heated debate the prime minister had with EU leaders three days later. The conflict has become so pivotal that von der Leyen’s career greatly depends on its outcome.

Yet, this state of affairs is also the result of Berlin’s engagement in solving the conflict between the EU and Poland. Angela Merkel has called for a “political agreement” which exceeds European Court of Justice (ECJ) rulings. The results of this intervention were the conciliatory conditions for the approval of the National Recovery Plan presented by von der Leyen: a pledge to remove the controversial Disciplinary Chamber in the Polish Supreme Court, the termination or reform of the disciplinary regime, and the initiation of restoring judges to their positions.

“This concerns promises, not decisions, that refer to the July ECJ ruling. These are not exorbitant demands. Their fulfillment will activate a positive dynamic and Poland would receive a €5 billion advance from the Recovery Fund immediately,” according to sources.

Nevertheless, this offer will remain on the table only for a dozen days. If a decision concerning the National Recovery Plan is not made by mid-November, then procedures will make it impossible to pay out the advance in 2021.

Merkel’s government may also remain in power for a very short time. Germany’s new government will take a much more hardline position towards Poland. One could have realized this during the debate with Morawiecki and the attacks from the side of the SPD, Greens, and liberal FDP which form the new coalition in Germany.

“If the Recovery Plan remains suspended, then the government in Poland may collapse, and the entire United Right may lose power,” observers from the European Commission speculated.