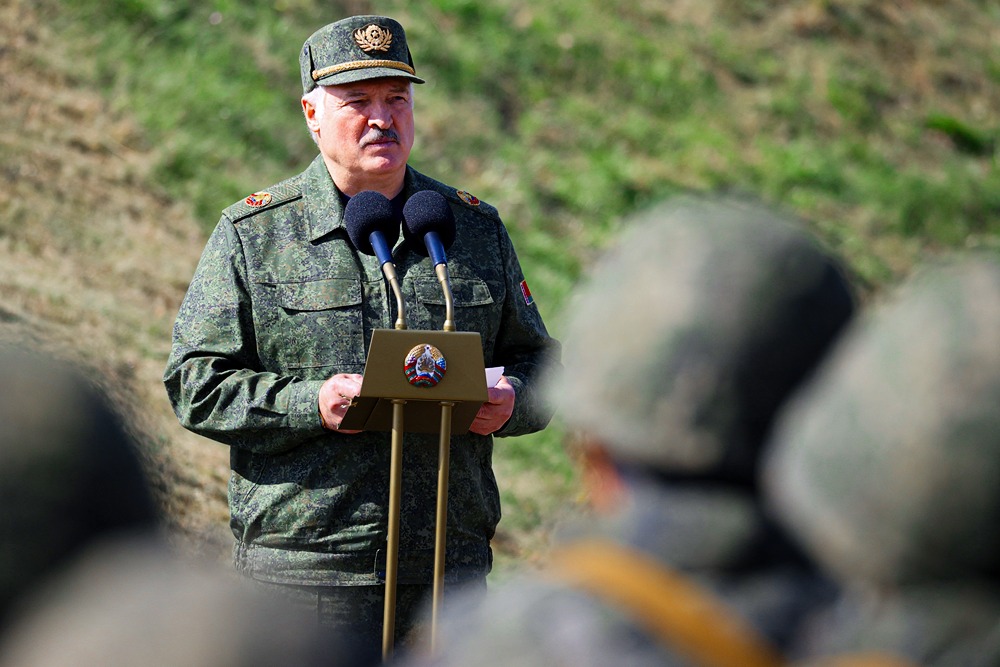 “We see all of this, and we will respond very decisively. We will wait a bit and pre-empt them, as we too have things to move closer to the border. Both we and Russia do,” he said during the meeting.

“We will react brutally and not care for any criticism from their side,” the Belarusian leader declared.

“Poles will be using Leopard tanks to fight illegal migration,” Lukashenko said. He evaluated that “this is just another pretext to bring their armies closer to the Belarusian border, the border of a federal state.”

Last week, the Polish ministry of defense announced the launch of military exercises in the Eastern part of Poland. Minister of defense Mariusz Błaszczak explained on Twitter that as part of the exercises, “700 soldiers along with equipment from the 10th Armored Cavalry Brigade will be transferred from Western Poland to the Biała Podlaska region. We are improving mobility and the ability to swiftly adapt to the situation. We are caring for the security of Poles.”

Lukashenko also commented on the military exercises on Tuesday. He ordered the Hronda Region (which borders with Poland) inspector Yuri Karajeu to “keep an eye” on what was occurring on the Polish side of the border.

“Inform me on time. They are incredible miscreants. I’m afraid that they might start a little war over there,” Lukashenko said.

Belarusian state television Biełarus 1 reported on Tuesday about Poland deploying 700 soldiers and 58 equipment units in the Biała Podlaska region. The report’s author claimed that Poland was allegedly deploying a division on the border with Belaurs. They also mentioned that the Polish ministry of defense intended to send an additional 2,500 soldiers to the border.

The Polish ministry announced that the troops are meant to support the border’s defense which is currently being pressured by illegal migrants from the Belarusian side who are actively supported by Belarusian authorities.