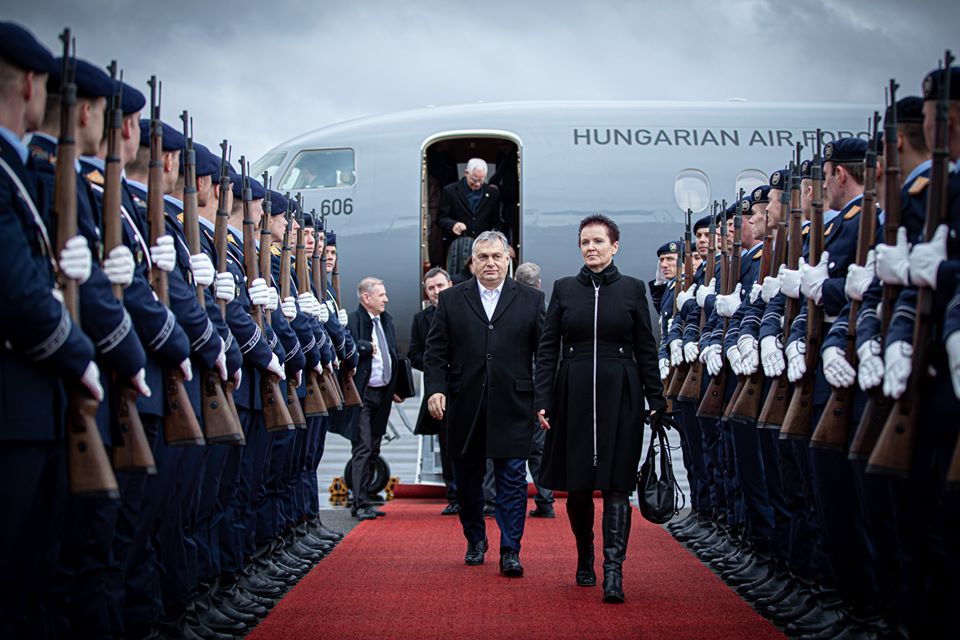 With Kramp-Karrenbauer (known in Germany as AKK) announcing her resignation and saying she would not run for chancellor in the next federal elections due in the summer of 2021, issues such as Fidesz’s role in the European People’s Party (EPP), which the EPP recently voluntarily suspended its membership from, would likely remain unresolved until the CDU chooses a new leader.

Orbán marked his visit to Berlin by posting a Facebook message saying “The Eagle has landed” and a video.

Orbán and Merkel only gave short statements to the press before their meeting on Monday in Berlin, focusing on economic relations, the European Union’s seven-year budget but mentioning nothing about the real reason of the visit: the ruling Hungarian Fidesz party’s pending EPP membership.

“Regarding the European Union’s next seven-year budget, there will certainly be a solution that will benefit everyone, but this will take some time,” Orbán said before her meeting Merkel.

“Although the Hungarian and German position is different, there are some EU leaders for whom this is not the first budget they are working on, and they will certainly find a way to agree.”

The main difference between the German and Hungarian positions is that while Germany is a net contributor to the budget, Hungary is a net beneficiary. Following the departure of the United Kingdom, the available budget has shrunk and none of the net contributors seem eager or even willing to step up to fill the gap.

“Germany and Hungary are walking the same road, their economies are strongly intertwined,” Merkel said. “Economic cooperation is also very tight, and not only with Hungary, but the entire Visegrád Group. The development of the Hungarian economy is very, very positive, partly thanks to the European Union.”

Merkel also mentioned the “positive agenda” in bilateral relations she proposed back in 2018 and added that during the meeting they will also review the progress made in that respect.

The right-wing Alternativ für Deutschland (AfD) party, which has campaigned against open borders in Germany, has claimed victory following Kramp-Karrenbauer’s resignation. Kramp-Karrenbauer was widely seen as an ideological successor of Merkel’s and was expected to take up the same policies as her, including with regard to migration.

The AfD also see it as an opportunity for a more conservative-leaning candidate to take the helm of the CDU, such as Friedrich Merz, a conservative who ran for the party leadership and lost to Kramp-Karrenbauer in 2018. The AfD hopes that with new leadership, the CDU may be open to forming coalitions with the party which most other German parties have sworn never to ally with.

Kramp-Karrenbauer’s resignation effectively upended Merkel’s master plan to hand over the reins to AKK after more than 15 years at the helm of the country.

A change in CDU party leadership may also bring a change of fortunes for Orbán and the Visegrád Group nations, which have maintained closer cooperation with Merkel on a range of issues but have been in opposition to her stance on migrant quotas and other policies. A more conservative-leaning CDU president may take a more welcoming stance in the EPP to Orbán’s Fidesz party.