Number of illegal migrants coming from Czechia to Germany increases

A total of 3,979 migrants entered Germany from Czechia 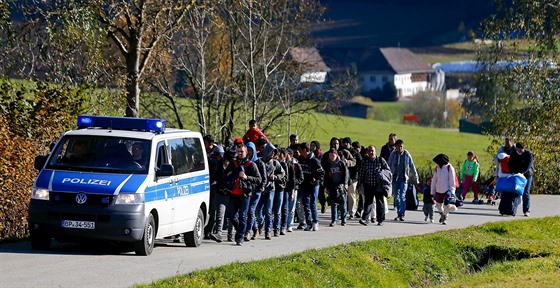 The number of migrants who illegally entered Germany from Czechia increased again in 2019, reaching 3,979 in from January to November, while it was 3,931 in the same period of 2018, according to statistical figures released by the German Interior Ministry.

More migrants entered Germany only from Austria, however, in the case of Austria, the number of illegal border crossings decreased last year.

In 2019, Germany registered a total of 36,654 illegal border crossings in the January to November period, compared to 38,580 a year earlier. This corresponds to a year-on-year decline of about 5 percent.

In the case of Poland, local authorities recorded 1,733 migrants who attempted to enter Germany illegally.

A relatively high number of migrants – 10,119 – tried to illegally enter Germany at one of its local airports with another 709 migrants attempting to access the country through German ports.

At the end of this January, Czech Foreign Police announced that it detained a larger number of migrants who wanted to use the Czech Republic as a transit country.

There were 266 cases, which represents a year-on-year increase of 75 cases. These migrants traveled mostly from Slovakia or used flight connections within Schengen countries, with most of them headed to Germany.