PM Orbán says that despite easing restrictions, the coronavirus is still here 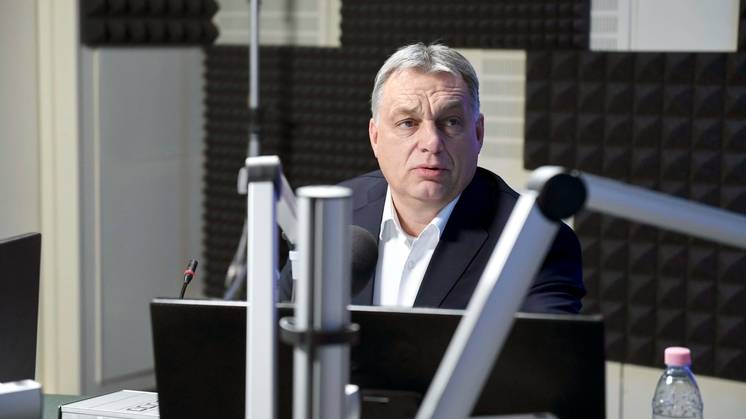 Despite the fact that the government has eased the restrictive measures due to the coronavirus pandemic, further caution is very much needed and on one should act as if the disease has been defeated, said Prime Minister Viktor Orbán during his weekly interview on national channel Kossuth Rádió. He also said that while economic data for April will be “brutal”, that is hope that recovery will begin in June.

“I will only be satisfied when we have killed the virus, but that can’t happen without a vaccine, which currently isn’t [existent],” Orbán said. “While have achieved nice results in rebooting life, we should not fall on the other side of the horse and act as if the epidemic was over.”

He also reminded listeners that having had read hundreds of articles about the pandemic, people should realize that still haven’t suddenly all become virologists.

“The analyses must be performed by the experts, based on which accountable politicians must make the decisions for which they must assume responsibility,” Orbán said, adding that while people would like to have their lives return to normal as soon as possible, caution remained imperative. “I would like to hurry, but the professors say that with regard to Budapest we must wait for a reduction in [new] infections.”

According to the latest official data, Hungary currently has 3,178 confirmed coronavirus cases, 392 casualties and 11,036 persons in mandatory home isolation.

With regard to the country’s economy, Orbán said that so far 160,000 people have lost their jobs and data for the month of April are bleak.

“April’s [macroeconomic] data will be brutal, but there is hope for June,” he said, adding that he considered it his “personal pledge” to create as many jobs as the virus has destroyed. Orbán said he ordered the minister of interior to double the number of those in public employment, whose number is currently just under 100,000.

He added that the Hungarian Armed Forces — Hungary has a professional army with no conscripts — is stepping up recruitment and state-owned companies will also be offering more jobs.

Looking further into the future, Orbán said that when it comes to defensive equipment related to epidemics — such as respirators — the country must become self-sufficient.

“In times of peace this may seem like unnecessary spending, but the morale is that we can only count on ourselves.”