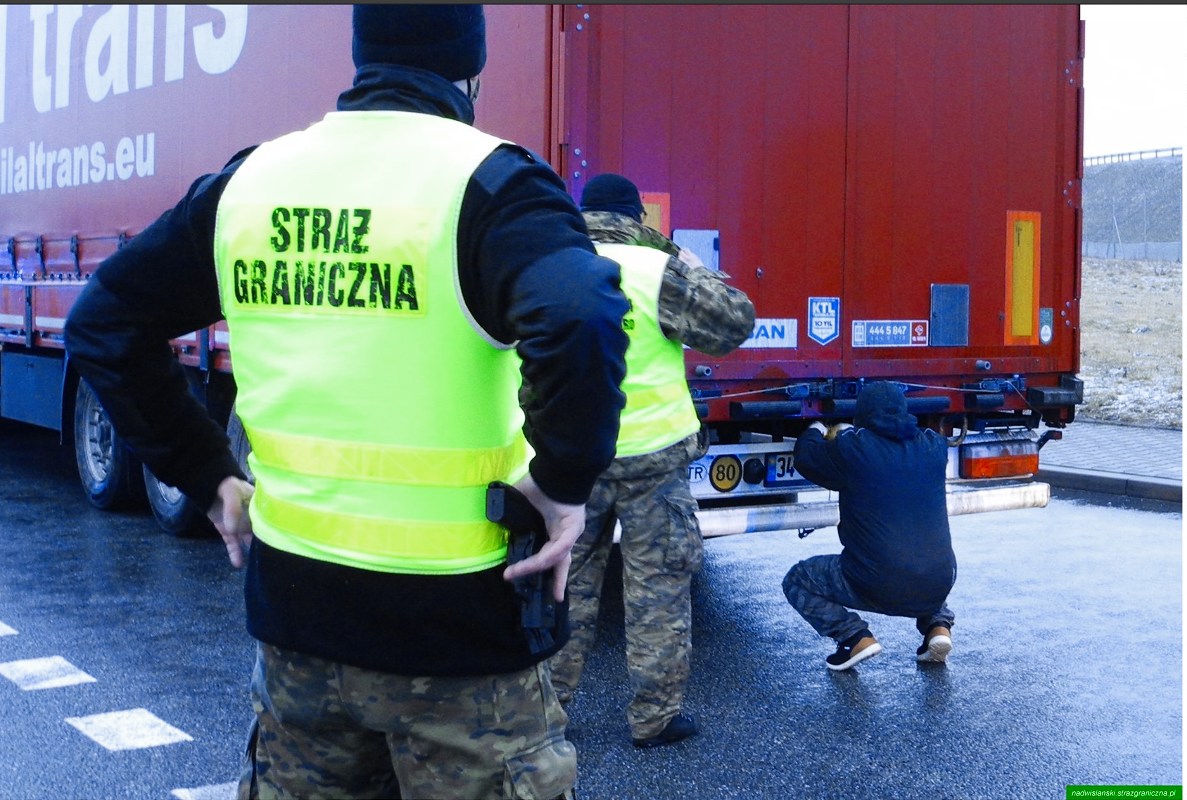 The Vistula Border Guard received information about illegal migrants being smuggled through Poland in a truck with Turkish plates. After officers located the truck on a parking lot at the S8 Expressway near Łask in Central Poland, they uncovered five teenage migrants hiding in the truck’s semi-trailer.

According to Border Guard press officer Dagmara Bielec-Janas, the minors were first given necessary aid and then interrogated. The officers were able to establish that they were Afghans aged between 14 and 16 years. They all crossed the Polish-Slovakian border and most likely reached Poland through Turkey, Bulgaria, Serbia, Hungary, Slovakia, and Czechia.

The migrants’ presence was first noted by the truck’s Bulgarian driver. He informed the transport company’s dispatcher about his discovery and then informed the border patrol about his “passengers”.

Four of the Afghan boys who were 16 years old were moved to a Guarded Center for Foreigners, as decreed by a court. The fifth boy, who is 14 years old, was moved to an education and care facility in Łódź.

The incident took place last Thursday and the Border Guard reported the detention on Monday. Procedures have been initiated which will result in the migrants being deported home.

Since the start of 2021, the officers of the Vistula Border Guard have found illegal migrants four times.