In Paris, the two presidents discussed the future of the European Union, Polish-French nuclear energy cooperation, and the crisis on the border with Belarus 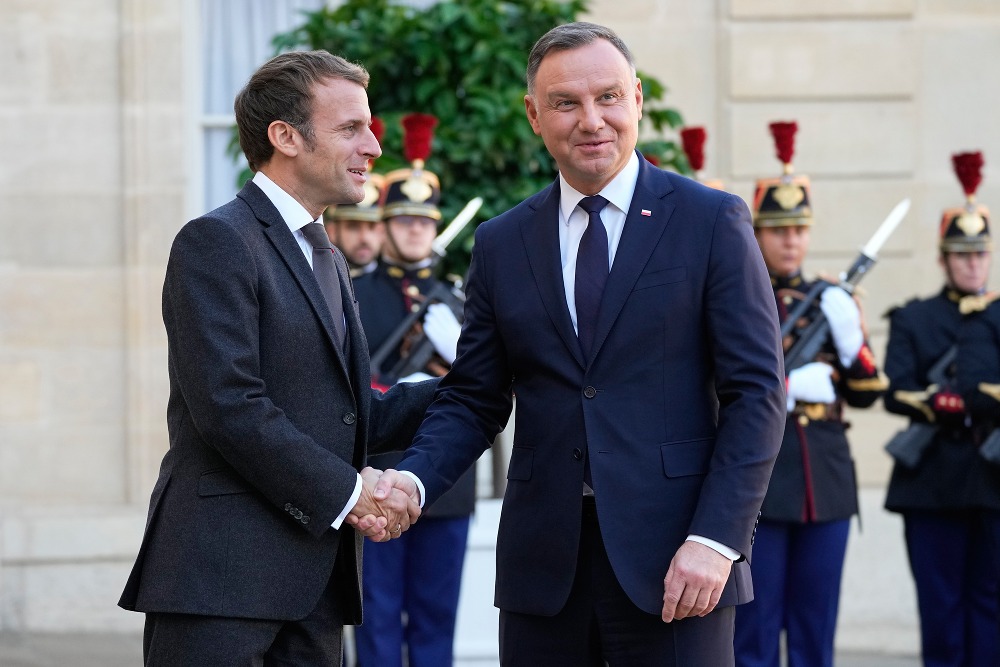 President Andrzej Duda met with President Emmanuel Macron in Paris on Wednesday to discuss crucial matters in the context of Polish-French cooperation and the European Union.

In an exclusive interview for Polish public television TVP, President Andrzej Duda said that he believed that the conversation with Macron, which he called “very honest and open,” painted “a very bright future of Polish-French cooperation.” He declared that Poland and France were both allies and partners.

“I am happy that France wants to strengthen European security and enhance European military cooperation as part of NATO,” he said.

Regarding the future of the EU, Duda noted that both of them understood that a clear division had formed between the East and West of the EU.

“Mr. Macron pointed this out. This is a very keen observation, as France will soon take over leadership of the EU, and he will become the most important politician, especially since Angela Merkel is ending her tenure as German chancellor,” he stated.

The president stressed that he was in favor of a Union of “free nations and equal, sovereign states.”

Andrzej Duda also spoke about the fines being imposed on Poland by the European Cout of Justice. He noted that some internal forces intended to harm Poland and that the EU court’s decisions were highly irresponsible.

He explained that “one of the main reasons for the tensions between Warsaw and Brussels was Poland’s rising position.” Poland is becoming increasingly stronger economically and wants to have more influence over European affairs.

“Not everyone also likes the fact that Poles made certain election decisions. I told Mr. Macron that there are many lies in the narrative about Poland which I, as president, do not accept,” he said.

Duda underscored that the issue of Polish sovereignty was clear, and Poland had unambiguously defined the competencies which it had handed over to Brussels.

Another important matter discussed by the presidents was the construction of nuclear power plants in Poland.

Duda explained that such power plants will be essential for Poland to reach its climate obligations.

“We cannot ensure Polish energy security solely based on renewable resources. French experience in the area of nuclear energy is massive,” he said, referring to Polish-French cooperation when it came to building nuclear power plants in Poland.

The leaders also discussed the crisis on the Polish-Belarusian border, with Macron asking Duda whether Poland needed support.

“I responded that there was no need to send soldiers of border guard officers to Poland, but that Poles required political support so that Belarusian authorities would stop hybrid attacks against Poland,” Duda said.