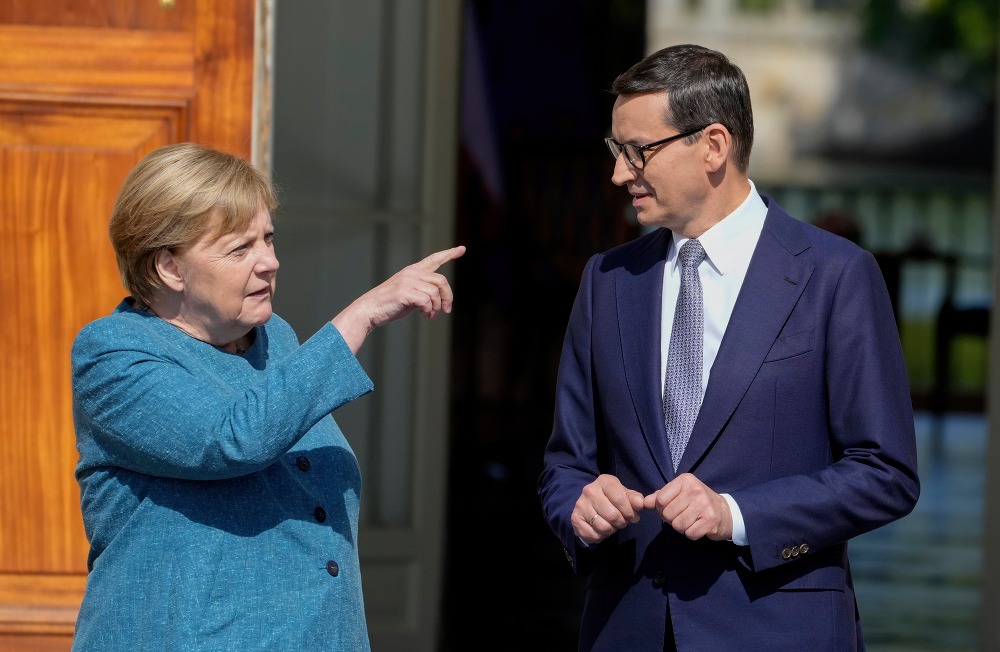 Chancellor Angela Merkel’s Saturday state visit to Poland was her last one to the country in her current role. After Merkel previously announced that she would not lead the German government following the next elections, a struggle for his position will be settled in upcoming elections.

Prime Minister Mateusz Morawiecki said that his meeting with Merkel was an opportunity to survey the last 16 years of Polish-German relations and discuss key subjects for the future. He recalled that when Merkel started her tenure as chancellor, she indicated that Poland would be high on Germany’s agenda.

Among other topics discussed by the heads of government were Nord Stream 2 and the current border crisis with Belarus.

“I am pleased that Polish-German relations are truly very strong and that we have many mutual interests in the EU and beyond,” Morawiecki said, adding that they both agreed that European industry must be defended.

The prime minister reflected on the 20th anniversary of the attacks on World Trade Center and pointed to the dramatic change in the situation in Afghanistan. He noted that there has been a shift of certain political drivers in the context of international security.

Morawiecki also announced that he had presented Poland’s vision for the EU to Chancellor Merkel.

“From my point of view, I showed Poland’s will for the EU to be a global and strong partner for different regional powers and international institutions, including China, Russia, and the USA. The EU must be strong and strengthen itself in the area of deterring potential aggressors,” he said.

When it comes to international cooperation, Russia, and activity on the border with Belarus, Morawiecki declared that Poland and Germany have brought their views on the current geopolitical situation much closer together.

“We spent a great deal of time discussing our Eastern neighbor – Russia. I told the chancellor what is happening on the Polish-Belarusian border. We have the full support of the European Commission and the German government to protect the EU’s border against illegal migration,” he said.

Merkel, meanwhile, acknowledged that Europe must do more to ensure its security. She pointed to cyberattacks, hybrid warfare, and societal pressures in the form of refugees and emphasized that the EU’s external borders must be protected — a sharp contrast to her disastrous decision to allow over 1 million Middle Eastern migrants to settle in the country in 2015/2016.

She also stressed that rule of law conflicts should be solved through dialogue and that there is progress to be made in this area. Merkel declared that the Polish-German economic partnership is very important and trade relations between the countries are developing in a sound way.

Regarding the energy revolution, she pointed out that it was a challenge for Poland, and it was important to maintain workplaces and social trust while carrying out the transformation.

The chancellor also stated that Germany’s goal when it came to relations with Ukraine is for Ukraine to remain a transit country for Russian gas following the expiration of the current gas contract.