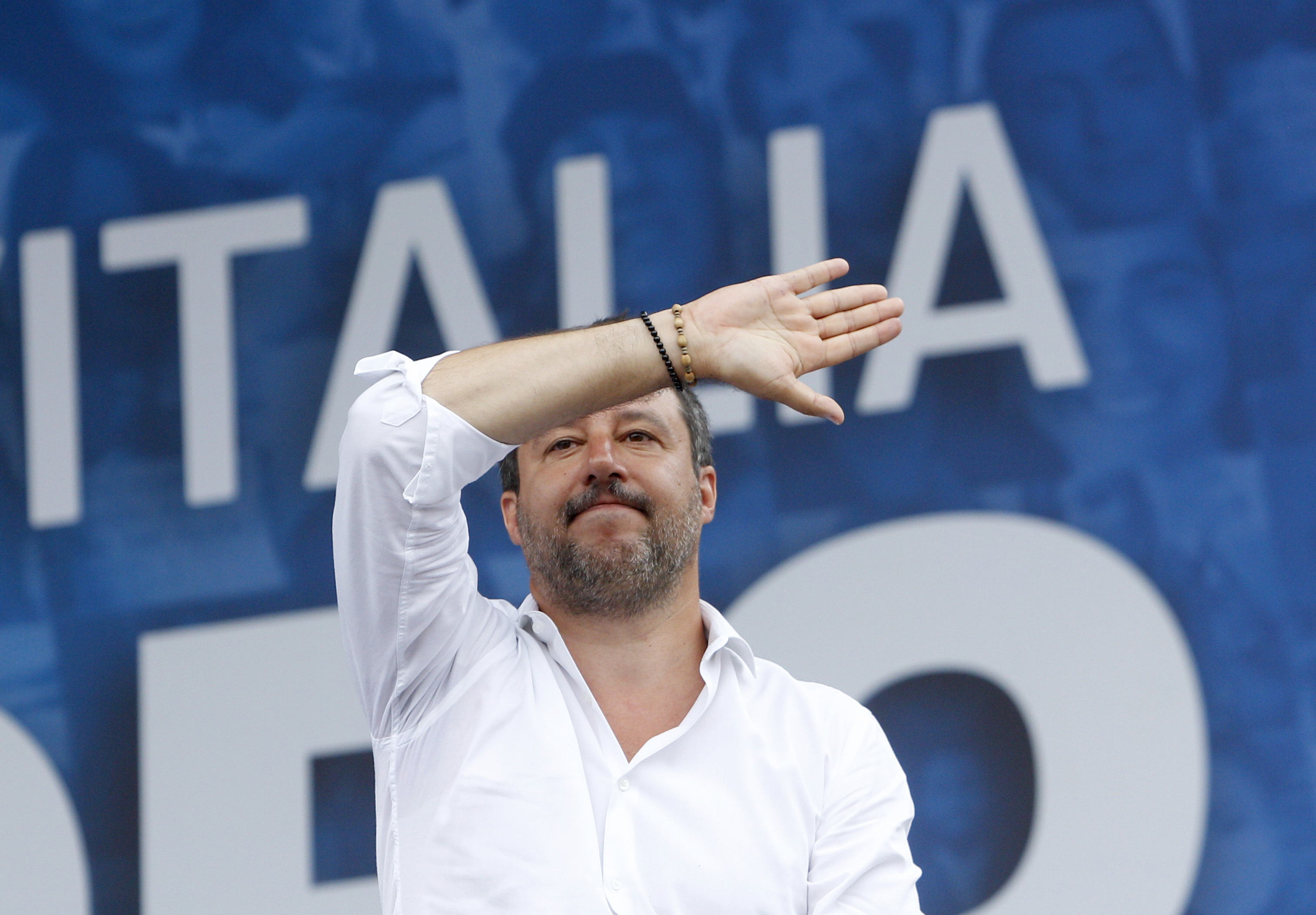 The majority of Italians feel their security is being threatened by how Prime Minister Giuseppe Conte’s leftist government is handling the country’s migration crisis and would prefer to have League leader Matteo Salvini back in power, the Rome correspondent of Hungarian conservative daily Magyar Hírlap writes.

In a poll on immigration conducted by Italian news portal Affari Italiani, 65 percent of those asked said they don’t feel secure in their own country due to migration, saying that Italy was much safer when Salvini was minister of interior. Another 55 percent of them would like to see Minister of Interior Luciana Lamorgese replaced immediately, while 57 percent of them see the migration rules established by Conte as dangerous.

Conte has successfully overwritten the previous, harsher stance of Salvini, who effectively stopped NGO-backed rescue boats from docking in Italy.

Salvini, who is currently being prosecuted for “kidnapping” over his refusal to allow migrants to disembark from rescue ships on Italian soil, has frequently voiced opposition to the ruling government’s migration policy, which has led to chaos in many areas of Italy.

Hundreds of migrants have broken out of coronavirus quarantines in Sicily and residents are actively protesting the arrival of more migrants, prompting the island’s regional head,  Sebastiano Musumeci, to warn the government that Sicily would no longer accept any more migrants.

In recent days, there was a growing number of anti-immigration protests in Italian ports, islands and at municipalities, some of which devolved into violence.

As the Italian government failed to respond to the crisis in time, Toto Martello, mayor of the island of Lampedusa, called for a general strike from Monday after 1,000 migrants arrived on his island in just one weekend. Reacting to that, the Conte administration summoned Martello for discussions in Rome and the mayor suspended his strike call until negotiations have been completed.

Finally, on Wednesday afternoon Conte met with Martello and Nello Musumeci, regional president of Sicily. During the meeting, Conte said he was “open to the idea” to extend tax breaks to the inhabitants of Lampedusa to reduce the economic impact of the immigration inflow, but gave no details as to what that would exactly entail. Conte also promised to send five quarantine ships to Lampedusa, which would transport the migrants to other, less burdened parts of Italy. There was no mention of changing immigration rules, however.

On Tuesday, the rescue ship Sea Watch 4, operated by the German Sea-Eye NGO based in Regensburg, was allowed to dock in Palermo by Mayor Leoluca Orlando. The ship began its mission two weeks ago and has 353 illegal migrants on board. Some of them, displaying coronavirus symptoms have been isolated from the rest.

Polls may show signs of weakness in Italy’s coalition government

The migration crisis in Italy has led to a rise recently for not only the League, but also the Brothers of Italy party (FdI), has more than doubled its support in the last year, going from 7 percent to 15 percent in Politico’s poling aggregator. Fdi has arguably has a more hardline immigation stance than the League does.

Conte’s government has also granted a mass amnesty to approximately 600,000 illegal migrants, a policy Salvini said would only encourage more migration to the country.

The League party leader has also consistently published a plethora of videos of migrants simply landing on Italian beaches as a sign of the government’s inability to stem the migrant wave hitting Italy, which has seen a dramatic increase since Salvini served as interior minister.

A number of high-profile rape cases involving migrants in recent months may also play a role in upcoming regional elections in Italy on Sept. 20.

Meanwhile, former Italian Prime Minister Silvio Berlusconi has also contracted the coronavirus, but while talking to supporters via video link, said he has an asymptomatic case.