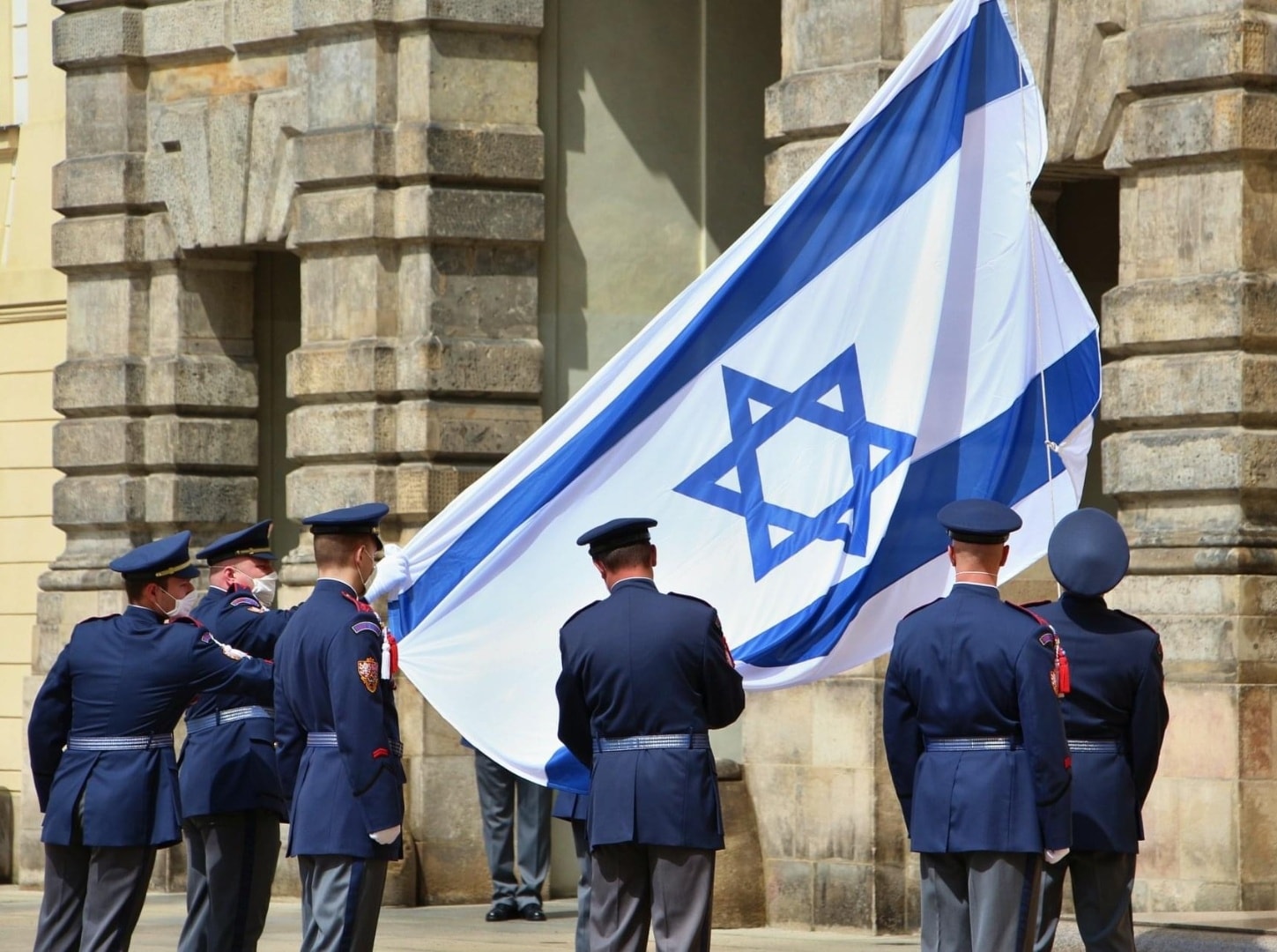 Prague Castle, the official residence of the Czech president, raised the Israeli flag in support of Israel. It replaced the flag of the European Union, which usually flies at the castle together with the Czech flag. Last week, President Miloš Zeman supported Israel via a diplomatic letter. In a Sunday interview, Zeman also said that Israel has been facing constant attacks from Arab countries since 1948.

In the Middle East, fighting between Palestinians and Jews has erupted in recent days, claiming dozens of lives. Violence has escalated the most since 2014.

According to Zeman, Arab countries do not hide the fact that they want to destroy Israel and even use the expression “erase from the map” in reference to the country. While Israel is a democratic state, the Palestinian Authority, among other things, is not legal, said Zeman.

“Elections have not taken place there even though their term has long passed. President Mahmoud Abbas is serving extra time,” Zeman said.

Zeman said he believes that Israel was attacked by the radical Palestinian movement Hamas and a marginal attack was also carried out by the Shiite organization Hezbollah. He considers Hamas and Hezbollah to be terrorist organizations.

“As early as 2001, I said it was not possible to negotiate with terrorists, terrorists must be fought,” Zeman repeated. He added that he supported the opinion of Israeli Prime Minister Benjamin Netanyahu that the lynching attacks are a mistake perpetuated by both sides.

The Israeli flag replaced the European Union flag on one of the two flagpoles, which Zeman had hoisted after his election as president. While Zeman has sided with Israel in the current conflict, European Union officials have expressed concern about events in the Middle East and condemned the military actions of both warring sides.

Zeman appreciated that the flag was also flown at the seat of the Czech government, and at the Černín Palace, where the Ministry of Foreign Affairs is located.

“I see this as proof of the unity of our foreign policy,” he added.

“I express my full support and solidarity to the State of Israel at this difficult time. We are with you!” he wrote.

Israel has the right to defend and protect its citizens, says Foreign Minister

Foreign Minister Kulhánek also sided with Israel. He noted on Twitter that Czechoslovakia supported Israel when it declared independence in 1948. He added that the Czech Republic is behind it also now when it faces reprehensible military attacks.

“Israel has every right to defend its citizens,” he added.

We were honored to stand by #Israel when it proclaimed its #independence in 1948, and we stand with it firmly today, as it confronts deplorable militant attacks. Israel has every right to defend its citizens. pic.twitter.com/4xNSaPsl2v

At a press conference in the Černín Palace, Kulhánek added that Israel is facing a “completely outrageous and barbaric attack”. He reiterated his support and solidarity for Israel, which he said had a clear and inalienable right to defend and protect its citizens. He also decided to hoist the Israeli flag at the Foreign Ministry.

Fighting in the Middle East erupted after several days of clashes between Israeli police and Palestinians in Jerusalem. Tensions escalated over Ramadan as Israel restricted Palestinians from gathering at places where Arabs usually gather for evening prayer, which many Palestinians find degrading.

An appellate court verdict was also expected in early May on the eviction of dozens of Palestinian families from the Sheikh Jarrah district of East Jerusalem, which would have allowed Israeli settlers to take the houses of Palestinians. Israel is now facing missile shelling from the Gaza Strip, to which its army is responding with airstrikes.

In Israeli cities, there are also clashes between radical Jews and radical Arabs, which Israeli President Reuven Rivlin has referred to as a civil war.