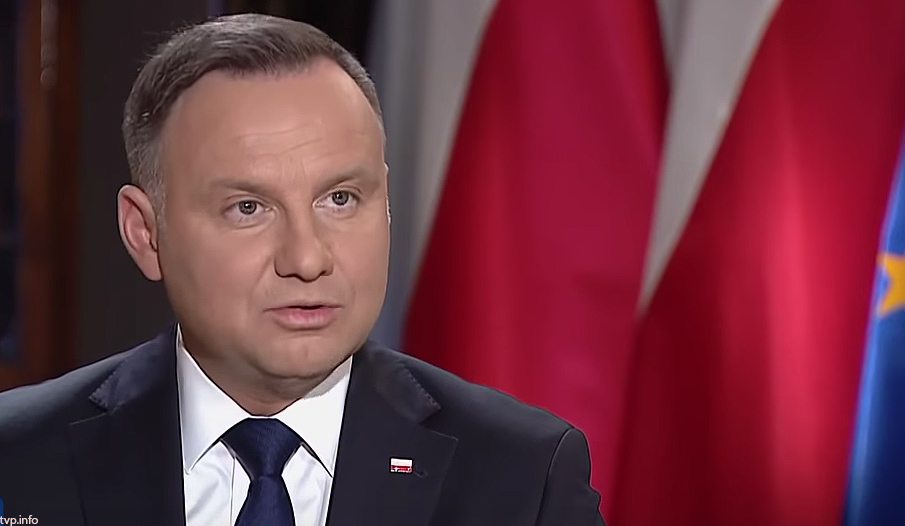 Polish President Andrzej Duda has made his attendance at the upcoming World Holocaust Forum in Israel conditional on being able to speak on behalf of his country, and Duda saying it is vital that Poland is able to counter any falsehoods perpetuated about the country and its role in the Holocaust.

President Duda said that he had been invited to the ceremony in Israel, along with the presidents of Russia, France and Germany, who were all due to make addresses at the event. However, the Polish head of state expressed “one important expectation”.

“That as a representative of a country from which the largest number of citizens were murdered in Auschwitz, I will be able to speak,” Duda said.

He wants to ensure that the Polish narrative of history is not forgotten and that any falsehoods which have of late been propagated by Russian President Vladimir Putin can be dispelled.

Duda says he is concerned that Putin will be allowed to speak and Poland will not, allowing the Russian president to continue to “rewrite” history. In addition to Putin, four other foreign leaders have been authorized to speak at the commemoration.

Duda stressed that if organizers do not give him approval to speak, he does not intend to participate in the event. That agreement has not as yet been secured despite the efforts of Polish diplomats.

Duda’s spokesman, Błażej Spychalski, said Duda would “of course” come to the event. “[But] a situation in which the President of the Republic of Poland will sit and listen to the lying, false words of President Putin, without having the possibility to reply, is not good.”

The event this year will have special significance as it is the 75th anniversary of the liberation of the Auschwitz-Birkenau concentration.