Another Polish “royal baby” to be born. 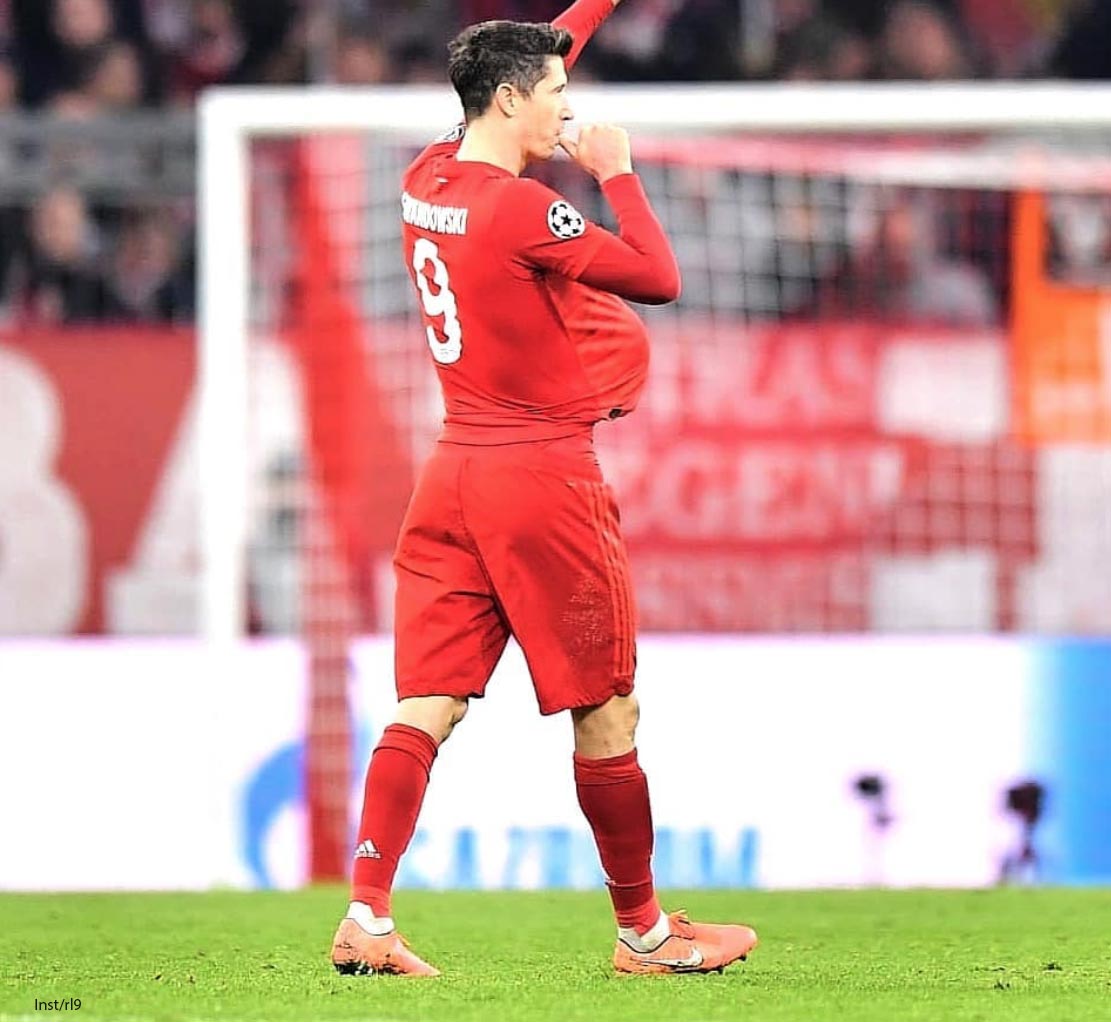 Poland’s ace striker Robert Lewandowski celebrated his soon-to-be-born second child in dramatic fashion on Wednesday while playing in the Champions League for his club Bayern Munich.

After scoring a goal 68 minutes into the match against Olympiakos Pireus, he demonstrated his joy by placing the ball under his vest and putting his thumb in the mouth. It was his way of announcing to the world that he will become a father for the second time in his life.

The goal from the 31-year-old Lewandowski helped break the 0-0 tied game. Ivan Perišić then scored a second goal to seal the defeat of Olympiakos Pireus shortly before the final whistle.

The information that the Lewandowski family will soon become parents for the second time has been confirmed by their management.

Poland’s Prime Minister Mateusz Morawiecki celebrated the news as well, saying on social media. “One of my friends, a fanatical football fan, used to say that there is only one thing in the world more important than football, and that’s family! I am always reminded of that saying when seeing players celebrate their newborn after scoring a goal.”

Morawiecki congratulated the player on his form and love of family.

“I congratulate Anna and Robert Lewandowski on their fantastic and ever-growing family. And also the fantastic form that the happy father is currently in. All the best!”

Wednesday’s goal was Lewandowski’s sixth in the Champions League this season and 59th in the competition overall. Legendary Gary Lineker, former England striker and now BBC sports commentator, posted that he was impressed by Lewandowski’s achievements.

Robert Lewandowski has scored in every Champions League game and every Bundesliga game this season. It’s November. Ridiculous stat. ??????

Robert Lewandowski is currently fifth in the list of all-time Champions League scorers, just one goal behind Frenchman Karim Benzema.