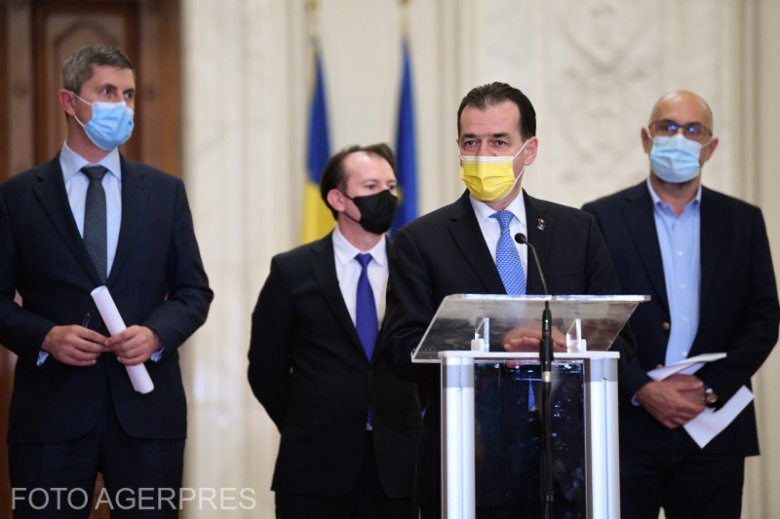 The three parties of the Romanian center-right governing coalition were able to defuse the first cabinet crisis that threatened Romania with a government collapse, news portal Krónika reports.

Nearly a week after the outbreak of the crisis triggered by the replacement of the country’s health minister, leaders of the center-right governing coalition in Bucharest reached a common agreement on Tuesday. The conflict was smoothed by supplementing the coalition treaty.

At the end of several hours of negotiations, Tuesday night the leaders of the three-party coalitions stood together in front of the press.

As Remix News reported earlier, the crisis was sparked last week by Prime Minister Florin Cîțu sacking Health Minister Vlad Voiculescu, who signed a coronavirus decree of the ministry without consulting with Cîțu first. The Romanian governing coalition consists of the National Liberal Party (PNL), the centrist USR-PLUS alliance and the Democratic Alliance of Hungarians in Romania (known by its Hungarian acronym of RMDSZ), which all took different stances on the actions of the health minister, who is part of the USR-PLUS.

Liberal party leader Ludovic Orban said the leaders of the governing parties signed a document supplementing the coalition agreement concluded after last December’s elections, which is intended to strengthen mutual trust and help the government function better. The politician, who holds the presidency of the House of Representatives, pointed out that the formations that make up the governing coalition are “aware of their responsibility to ensure good governance”.

“Those who bet we would not agree were chasing vain dreams. Our coalition is based on trust and solidarity,” a triumphant Orban said. According to the “confidence-building” supplement signed on Tuesday, the prime minister can now only reshape his government in consultation with the coalition. The document does not deprive the head of government of the constitutional right to recall ministers, but requires him to inform the relevant coalition party of the reasons for his intention in an “objective evaluation” and seek the opinion of the entire coalition before requesting the minister’s dismissal.

Cîţu said the coalition was moving forward and its parties had taken an important step towards much more effective governance as a result of the two-day talks.

“Like I said, the coalition goes on. Today, we have taken an important step towards more effective governance and more coherent political decisions,” Cîţu said in a statement following the coalition meeting in the parliament building.

RMDSZ President Kelemen Hunor stated that a consensus had been reached in the coalition on continuing governance. According to the deputy prime minister, creating harmony within the coalition “requires patience, balance and empathy”.

Following the consultation meeting, Dragoş Tudorache, executive president of PLUS, said the USR-PLUS alliance will nominate its candidate for the head of the Ministry of Health on Wednesday morning. Tudorache said that they started the discussion on Tuesday by trusting him to find the necessary solutions to ensure the proper functioning of the coalition, which is what he managed to accomplish.