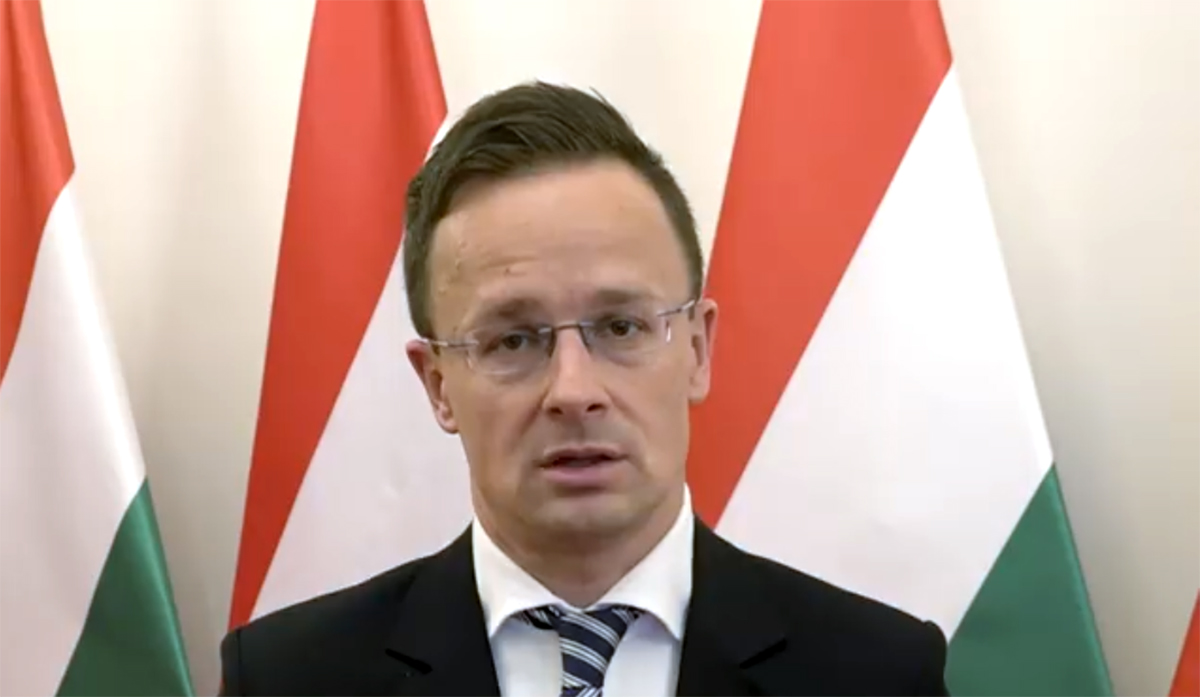 Romanian President Klaus Iohannis has made a “decidedly uncivilized statement suitable to incite hatred”, Hungarian Minister of Foreign Affairs and Trade Péter Szijjártó said in a short statement posted on his Facebook page.

He was referring to Iohannis’s video statement released by his office on April 29, in which he accused the ethnic Hungarian minority in Transylvania, the Social Democratic Party there and Hungarian Prime Minister Viktor Orbán of plotting to give Transylvania to Hungary.

In the opening of his statement, he even addressed the PSD in Hungarian, saying “Jó napot kívánok, PSD!” which translates in Hungarian to, “Good day, PSD.”

“Good day Ciolacu!” Iohannis said again in Hungarian, “What did the leader from Budapest, Viktor Orbán, promise you in exchange for this agreement?”

In his response, Szijjártó said that while Hungary and the Hungarian minority in Romania was interested in good bilateral relations between the two countries, “statements made by Romanian officials in recent days make maintaining good neighborly relations very difficult”.

Hunor Kelemen, president of the Democratic Alliance of Hungarians in Romania (otherwise known by its Hungarian acronym of RMDSZ) and PSD President Marius Ciolacu both vehemently denounced Iohannis’ baseless accusation and stated that the president was inciting hatred. They also asked him to apologize.

The background of Iohannis’ statement is that RMDSZ introduced an autonomy bill for Transylvania to parliament for the fourth time. Romanian legislators have already struck down such a bill three times, but this time around, the lower chamber of parliament allowed the bill to pass tacitly without voting on it.

However, on the same day that Iohannis made his statement, the Romanian Senate then voted the bill down, which Iohannis was already aware of.