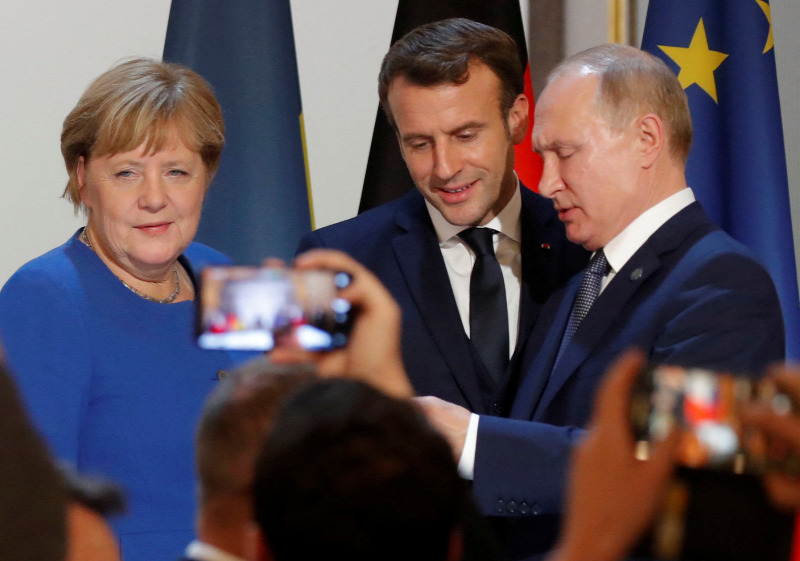 An online summit between Russian President Vladimir Putin, German Chancellor Angela Merkel and French President Emmanuel Macron on Tuesday discussed the conflict flaring up once again in southern Ukraine and the possibility of setting up a production facility of the Russian Sputnk V vaccine in the European Union, news portal Origo reports.

According to information issued by the Kremlin on Tuesday night, regarding the settlement in Ukraine, the three leaders confirmed that there is no alternative to implementing the package of measures included in the 2015 Minsk agreement. Putin stressed the importance of Kiev completely fulfilling its obligations under previous agreements reached at the highest level, and above all to enter into dialogue with the eastern Ukrainian regions of Donetsk and Luhansk, as well as to settle the legal aspects of the special status of the Donetsk Basin.

The Russian president has expressed his “deep concern at the escalation of tensions in the Donetsk Basin”, for which he holds Ukraine responsible. According to him, the Ukrainian side has practically withdrawn from the ceasefire.

According to a statement by the Russian presidential office, the parties paid special attention to cooperating in the fight against the Covid-19 pandemic and measures to prevent the spread of the disease. Among other things, the prospects that European could authorize the Russian Sputnik V vaccine were discussed, as well as the possibility of transporting Russian vaccines and conducting joint European-Russian production in the territory of the European Union.

The relationship between Russia and the EU was also discussed. Putin expressed his readiness to restore “normal and non-politicized cooperation” if there is mutual interest in it.

The parties praised the observance of the Syrian ceasefire and called for the establishment of a unified transitional government in the country.

At the request of partners, Putin provided information on the “objective circumstances” regarding the case of convicted opposition politician Alexei Navalny.

The Kremlin called the negotiations “pragmatic and honest”. The parties agreed to continue cooperating on the issues discussed.