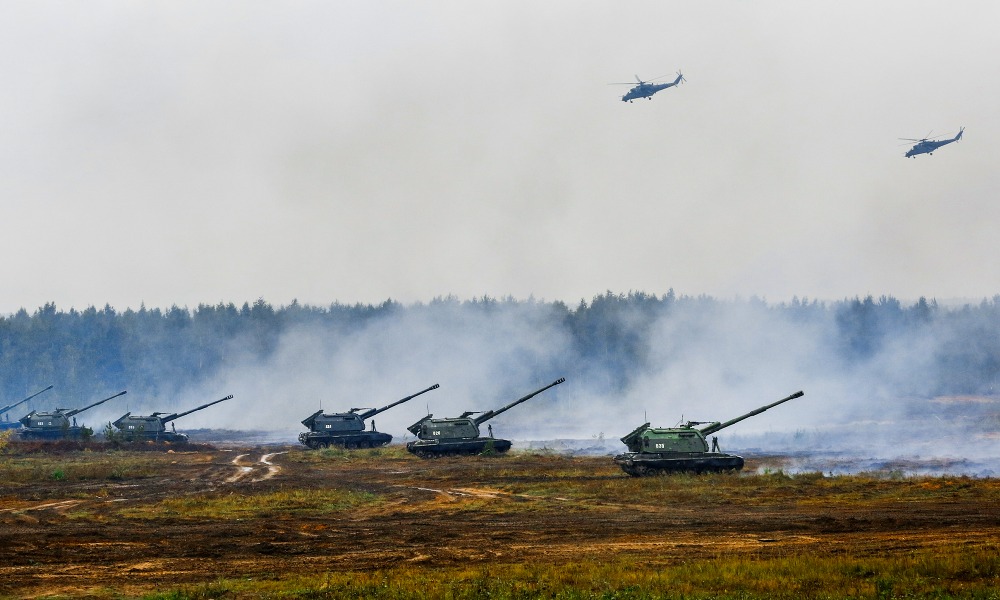 The Russian-Belarusian military exercises, known as Zapad (West) 2021, are being used to sow disinformation, to intimidate and to display aggression which is meant to stoke fear, according to Poland’s Center for Eastern Studies.

The military exercises which are to take place near the Polish border are to be the largest since 2009 and are to involve 200,000 Russian and Belarusian troops. They are simulating what Russia and its allies would respond if they attacked from Poland and the Baltic states.

The exercises come at the same time Belarus has launched hybrid attacks designed to help illegal migrants cross the borders of Poland and the Baltic states. The main part of the exercises of Russian and Belarusian forces will take place between Sept. 10-20.

The Polish government fears provocations during the exercises.

Since hybrid attacks in the shape of migrants being pushed across borders are already taking place, there are concerns that any unauthorized border crossing could be used by the other side to launch an attack. NATO officials also fear that borders may be tested during the exercises to see how NATO reacts.

According to Poland’s Center for Eastern Studies, a disinformation campaign has already begun to present the exercises as defense against so-called growing aggression from NATO. The center further states that the exercise has to be large in order to impress on NATO that Russia has the power of deterrence.

The Center for Eastern Studies also argues that Russia is trying to scare the West with such exercises in order to activate those sympathetic to it to lobby for a softer approach to Russia.

The scenario set for the exercise is one of NATO provocations in the shape of illegal armed groups backed by separatists coming across borders. It is a scenario which de facto accuses Poland and the Baltic states of aggressive intent.

Defense experts have no doubts that these exercises are not just a matter of testing mobility and logistics of armed forces but also aim at creating a sense of threat in countries of this region and to put pressure on the Eastern flank of NATO.