Barbed wire set up on the Polish-Belarusian border

On Wednesday, the Polish Border Guard has recorded 138 persons who tried to illegally cross the border from Belarus 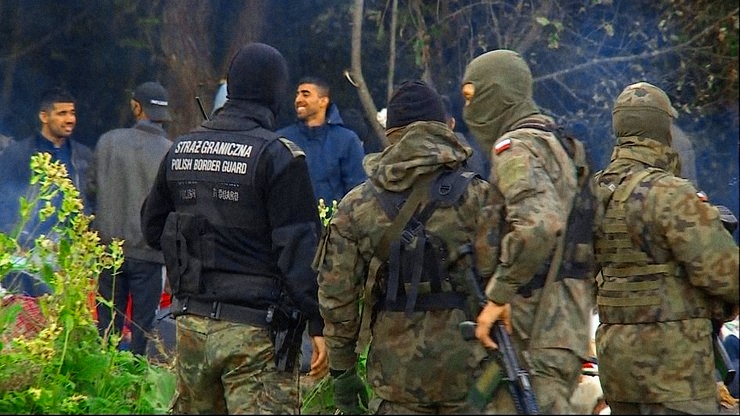 Barbed wire fencing is going up at the Polish-Belarusian border, and the Polish government is eager to showcase the effort to fight increased illegal migration from Belarus, with Deputy Minister of the Interior Maciej Wąsik posting photos of the new fencing to social media.

“Almost 100 kilometers of wire has been placed on the Polish-Belarusian border. An additional 50 kilometers will soon follow,” he wrote.

The total length of the Polish-Belarusian border is 418 kilometers, and the section of border which is most threatened by illegal crossings is 187 kilometers long.

The Ministry of Interior wrote in a statement that a 1,000 soldiers from the Polish Armed Forces and additional Border Guard officers were dispatched to help protect that particular section of the border. The Border Guard is also using observational equipment which allows it to immediately react to illegal crossing attempts.

According to the Ministry of the Interior, the border is constantly monitored by patrols, vehicles and aircraft. Patrol boats are also being used on sections of the border which run along rivers and other bodies of water. The Border Guard also uses observation towers equipped with long-range thermal image cameras, observation vehicles, night vision goggles, and portable parametric kits.

“If it will be required, additional soldiers or police officers may be dispatched to strengthen the border,” the ministry declared.

In the last 24 hours, 138 people were recorded attempting to illegally cross the border. Authorities stated that 130 attempts were stopped, and eight foreigners were detained. To ensure the safety of Polish citizens, the foreigners were transferred to closed centers and their identities are verified. Procedures concerning applying international aid or deportation to countries of origin are also carried out at these centers.

“Law and Justice (PiS) has opposed illegal and uncontrolled migration since the beginning. Poland does not permit entry to our country to those who may pose a threat to our citizens,” reads the statement of the Polish Ministry of Interior. The ministry assured that Polish Border Guard officers are in close and constant contact with their partners in Lithuania concerning the border crisis.