Six EU countries – Belgium, Germany, Austria, the Netherlands, Denmark, Greece – have sent a letter to the European Commission asking the EU not to stop the deportation of illegal migrants to Afghanistan 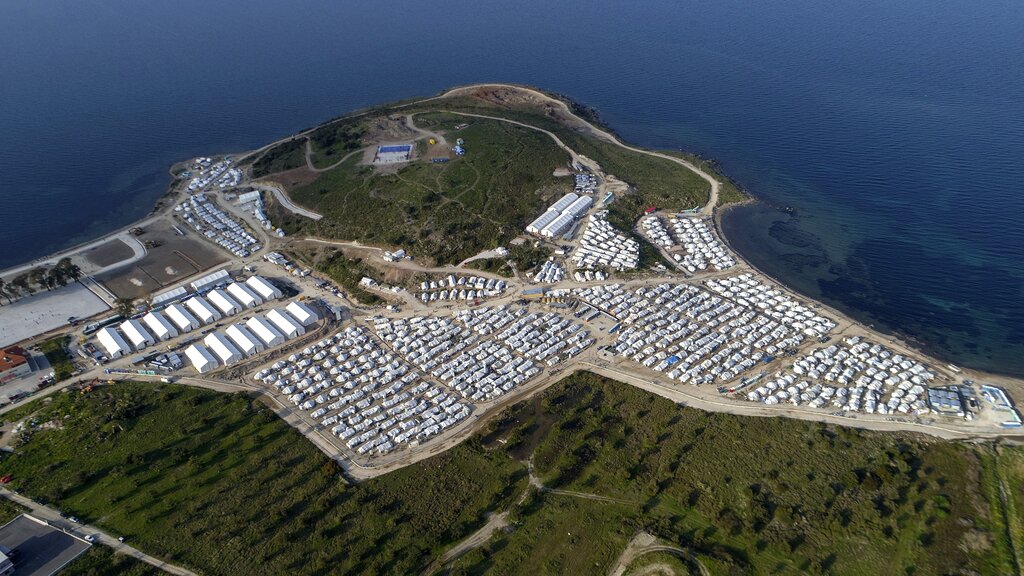 FILE - In this file photo dated Monday, March 29, 2021, a general view from above Karatepe refugee camp, on the eastern Aegean island of Lesbos, Greece. Greek authorities on island of Lesbos said Tuesday July 20, 2021, they are drawing up a criminal case, including on charges of espionage, against 10 people, all foreign nationals, for allegedly helping migrants enter the country illegally. No suspects have been publicly identified. (AP Photo/Panagiotis Balaskas, FILE)

The existence of the letter was confirmed in a tweet by Belgian deputy minister for immigration Mahdi on Tuesday.

“It is possible that some regions of a country are insecure, but that does not mean that all its citizens are entitled to refugee status. they do not need to stay in Belgium”, Mahdi wrote.

According to the Belgian daily De Morgen, Mahdi’s announcement has been sharply criticized by several advocacy organizations. In his Twitter message, Mahdi responded to this by saying, “It is very easy to shout shame and flag the European Convention on Human Rights without being aware of the specifics. It turns out to be extremely difficult for many to go beyond certain slogans when it comes to migration.”

Asked whether the EU deems Afghanistan a safe country, a spokesman of the European Commission said at a press conference on Tuesday that it was up to the member states to assess this, as there was no such classification at EU level.

However, the Commission also said that “the situation in Afghanistan is not a cause for desperation”. “It is a challenge, but not to the same extent as the situation in Syria or Iraq, as Afghanistan continues to have a stable government and authorities,” a Brussels spokesman said.

He also said that the EU wanted to avoid the outbreak of a possible Afghan civil war, which would further boost drug production in the country and could bring another influx of refugees into the EU. According to him, about 400,000 Afghans have been forced to flee their homes in recent months, and the number of refugees to Iran has also risen in the last 10 days.

An EU-Afghanistan agreement obliges Kabul to readmit its deported citizens, but in early July the Afghan government informed the European Commission that it would not readmit migrants without refugee status for three months.

The issue is expected to be discussed at an extraordinary crisis meeting of EU interior ministers on 18 August, which will also discuss the surge of illegal border crossings from Belarus to Lithuania.

In Afghanistan, the situation has escalated again since May, with radical Islamist Taliban launching a comprehensive offensive against government forces, taking advantage of the fact that an American-led international force has begun withdrawing from the country.

According to data released by the EU’s statistical office on Tuesday, 1,120 Afghans were deported from EU member states last year.

Title image: In this file photo dated Monday, March 29, 2021, a general view from above Karatepe refugee camp, on the eastern Aegean island of Lesbos, Greece. Greek authorities on island of Lesbos said Tuesday July 20, 2021, they are drawing up a criminal case, including on charges of espionage, against 10 people, all foreign nationals, for allegedly helping migrants enter the country illegally. No suspects have been publicly identified. (AP Photo/Panagiotis Balaskas, FILE) 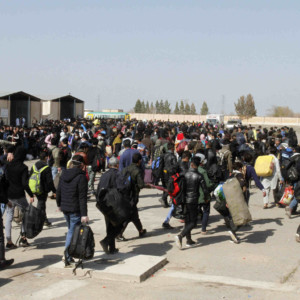