Skepticism towards the EU is growing in France

“Our constitutional order should take precedence over European law,” says one politician 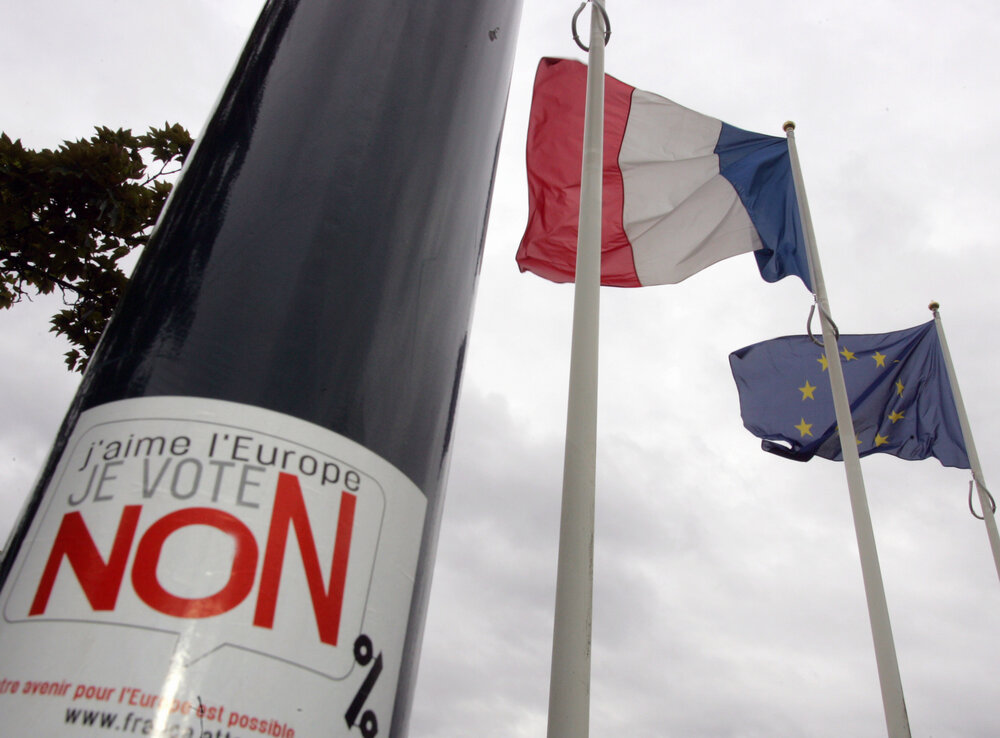 A sticker opposing the European Union constitution is affixed next to an European and a French flags in Lille, northern France, Tuesday, May 24, 2005. (AP Photo/Michel Spingler)

The European Union is shaken by the dispute over Polish judicial reform. Amid this heated debate, it is being omitted that significant distrust towards Brussels is growing elsewhere, for example, in France.

This is evident both from the statements of leading French politicians and from the opinions of the public. Eurosceptics can also lean on the pandemic, as well as the current energy crisis, in which the cumbersome EU seems to be unsure what to do.

When the European Court of Justice recently ruled that member states’ military units were subject to the same European labor law, like any other company, French politicians were quick to show that they considered the matter to be bureaucratic nonsense.

The French Minister of State for European Affairs, Clément Beaune, said it clearly.

“I am an ardent European, and I believe in the European path,” he assured but added that France certainly did not intend to jeopardize its defense.

Army spokesman Hervé Grandjean noted that if, for example, a fire broke out, such as the one in Notre-Dame Cathedral, firefighters who fell under the army had to come and help. At such a time, no one would be interested in the Brussels labor law standards.

If such statements came from Polish politicians, Brussels would probably react irritably. But in this case, it was quietly swept away, similarly to when the French Constitutional Council decided that the country would not agree with Brussels on telephone operators keeping personal data.

France is an important political actor, and Brussels officials would not dare to raise their voices too much if opinions differ.

When President Emmanuel Macron took office four years ago, he advocated closer cooperation with the EU.

But next spring, he will defend his position in the Elysee Palace and does not seem capable of scoring points among the public on the topic of closer integration with Brussels. Most French people have the feeling that the European bloc is not working as it should. Regular Eurobarometer surveys show that only 36 percent of French people, the least out of all EU states, have a positive opinion of the European Union. For example, in the Czech Republic, 49 percent of respondents perceive the EU positively, or in Hungary, it is 59 percent.

“We are witnessing a steady decline in EU support,” said Thierry Chopin, a consultant at the Jacques Delors Institute.

There is an age-old mistrust, which, for example, manifested itself in a referendum in 2005, which rejected the European Constitution and thus plunged the European bloc into a long-lasting crisis.

At the same time, certainly, European unification will still dominate the political debate and the campaign for the presidential elections held next April.

According to Valérie Pécresse, who heads the key region of Île-de-France and is one of six candidates of the right-wing Republicans for the elections, the Union has a future as a “Europe of nations.” In other words, she reiterates the thesis of Polish or Hungarian officials that a stronger Europe should be made from stronger nation-states.

That is why Pécresse defends Poland in its dispute with the Union. She told the German Die Welt newspaper that she was shocked when Warsaw was instructed to comply with the decision of the European Court of Justice in Luxembourg.

“Our constitutional order should take precedence over European law,” said the 54-year-old politician.

Two other potential Republican candidates are also critical of the EU. Xavier Bertrand, head of the Hauts-de-France region, or Michel Barnier, a former EU Brexit negotiator, agree that France must not be dictated by immigration quotas from Brussels. According to them, the decision belongs exclusively to the French National Assembly.

Arnaud Montenbourg, who has left the Socialists and is leading an independent campaign, is also criticizing the EU’s continued interference in national affairs.

However, according to the latest polls, right-wing journalist Éric Zemmour could become Macron’s most serious rival. Although he has not even announced his candidacy yet, he attends meetings and collects sponsorship gifts. His slogans about dangerous migration, the decline of national pride, and unnecessary Brussels bring him the votes of many dissatisfied French people, so he has already surpassed the head of the National Rally, Marine Le Pen, in the polls. 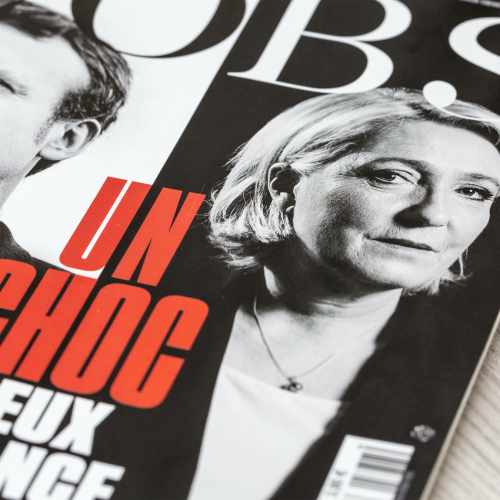