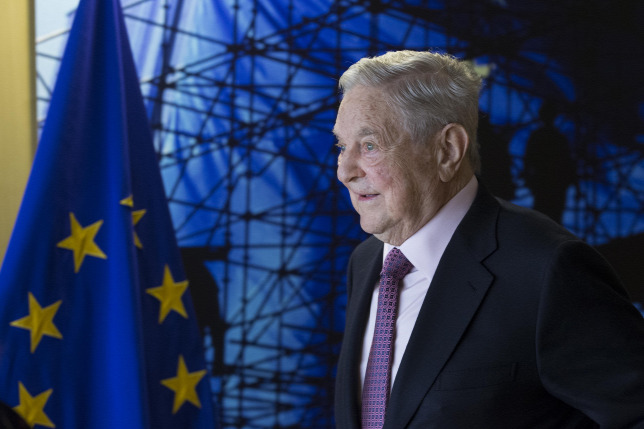 George Soros, the Hungarian-born billionaire behind the globalist open borders Open Society Foundation, has been named the second-most influential figure in Ukraine according to a prominent Russian-language Ukrainian newspaper.

At the end of every year, Russian-language Ukrainian newspaper Vesti publishes the list of the 100 most influential people in the country. This year, 89-year-old financier Soros was second only to President Volodymyr Zelensky, relegating Prime Minister Oleksiy Valeriyovych Honcharuk to third place.

The Kyiv-based newspaper points out that, “through the organizations financed by him, Soros can influence economic and political life in all of Ukraine.”

The paper writes that Soros, who is known for his active involvement in Ukraine’s economic and political life for more than 20 years, maintains a unique position of power through the Open Society Foundation and the dozens of other organizations he funds in the country.

The list of prominent figures he has financed over the years includes Mikheil Saakashvili, President of Georgia from 2004 to 2013 and governor of Ukraine’s Odessa region from 2015 to 2016 and Svitlana Zalishchukpolitician, a public leader, journalist, and human rights campaigner and former member of Ukrainian Parliament.

He has also given money to Mustafa Nayyem, an Afghan-Ukrainian journalist, MP, and public figure. Nayyem was recently appointed vice-president of Ukroboronprom, a state-owned association of the country’s major defense industries.

Soros is also known for his active involvement in Hungary in opposition to Prime Minister Viktor Orban, including attempts to lobby against the country at the EU level and back politicians aligned against Hungary’s government.