Tensions between Italians and Chinese migrants existed long before coronavirus 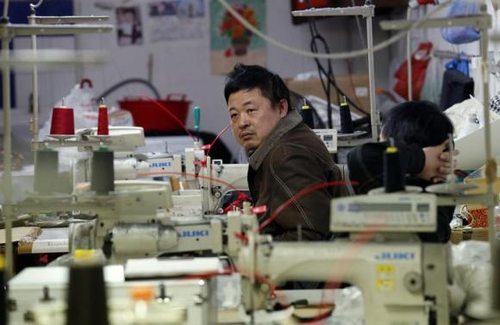 Following the coronavirus outbreak in Italy, substantial scrutiny was directed at the 300,000 Chinese immigrant population of Italy, with many Italians expressing concern about the number of Chinese migrants and tourists who continued to fly to and from Italy with virtually no restrictions in place.

Despite the coronavirus originating in China, many NGOs, journalists and politicians tried to claim racism was the motivating factor of Italians instead of a justified fear of coronavirus spreading in the country.

It was also not the first time that legitimate grievances from Italians about the country’s connection with China were falsely presented as nothing more than bigotry.

Ever since Chinese migrants began arriving in Italy in significant numbers in the 1980s, Italians have expressed concern about Chinese failing to integrate into Italian culture, Chinese businesses ignoring safety rules and hiring cheap illegal migrant workers, and anger over tax evasion leaving Italian hospitals and schools short on funding.

Far from being nativist criticisms based on jealousy over Chinese success, these claims are backed by hard data, criminal cases, and government sources.

Italy not only has the largest Chinese population in Europe, but also features the continent’s highest volume of Chinese travelers, with five million visiting the country each year.

When the first reported case of coronavirus in Italy turned out to be a couple from Wuhan who arrived in Milan’s airport on Jan. 23, the extraordinarily high volume of travelers from China became highly relevant. While many Chinese travel to the country as tourists, many others have deep connections with the country, including businesses, families, and homes.

The vast majority of Italy’s 300,000 Chinese immigrants live in the northern part of Italy, which also happens to be the epicenter of the coronavirus outbreak. In fact, Milan, which is in Lombardy, the Italian region where the most coronavirus victims have died, is also home to Europe’s largest population of Chinese immigrants, many of them with a direct connection to Wuhan.

Starting in the 1980s and continuing for decades, the owners of Italian textile and leather goods companies factory owners sold out to Chinese buyers. Italy then permitted 100,000 Chinese workers from Wuhan and Wenzhou to move to Italy to work in the factories. Over 3,200 businesses in Prato alone focused on making low-end clothing, shoes and other accessories all with materials imported from China to sell to low-end and mid-price retailers across the globe. Before the outbreak, direct flights ran regularly between Wuhan and Northern Italy.

Wuhan’s long history of textile manufacturing led to interest from Chinese buyers in Northern Italy, where the majority of Italy’s own textile production centers were located.

Even before coronavirus, Prato’s growing Chinese community was a major point of contention, with The New York Times writing:
Italian officials say the Chinese government has not done enough so far to address the issue of illegal immigrants, and they are seeking a bilateral accord with China to identify and deport them. Some Prato residents suspect that the flood of immigrants is part of a strategy by Beijing to exploit the Italian market, though the Chinese government does not generally use illegal migrants to carry out its overseas development plan.
The Times further wrote Chinese are excelling at “tax evasion” and coming up with “brilliant ways of navigating Italy’s notoriously complex bureaucracy and have created a thriving, if largely underground, new sector while many Prato businesses have gone under.”

Tax evasion and the cash economy of the Chinese migrants who live in Italy is a topic that has continuously arisen. Some 50,000 Chinese work in Prato, many in textile firms which depend on the labor of illegal Chinese immigrants. These Chinese businesses are often accused of ignoring safety rules and evading taxes. Many Italians accuse Chinese community of using Italy’s schools, public services, and hospitals but refusing to contribute money for them.

Large scheme costing the Italian state millions of euros have become prevalent, with the under-the-table cash that defines the Chinese factories in Prato making tax evasion easy and profitable. In 2017, an investigation by the Italian finance ministry looked into a whopping $5 billion in money transfers the state deemed questionable between 2006 and 2010, with the Bank of China’s Milan branch being involved in over half them. Italian prosecutors said that the money was being laundered from Chinese living in Prato and Florence, resulting in the Bank of China being forced to pay a $20 million settlement.
“Many of the transfers, the authorities said, represented undeclared income from Chinese-run businesses, or money generated by the counterfeiting of Italian fashion goods,” according to the New Yorker.
In Prato alone, the New York Times wrote that “Chinese individuals… channel an estimated $1.5 million a day to China, mainly earnings from the garment and textile trade.”
The Times further indicates that “profits of that magnitude are not showing up in tax records, and some local officials say the Chinese prefer to repatriate their profits rather than invest locally.”

While the Chinese have been highly successful in Italy’s textile industry, many of the production facilities are reliant on illegal migrant labor. Authorities consistently target these facilities for investigation but the practice has not ended.
A Reuters report from 2016 details one instance involving 111 raids in the city of Prato dubbed Operation “White Collars”, which resulted in 15 arrests and 12 people being placed under investigation for aiding illegal immigrants and forging documents for “mainly Chinese citizens”.

Police also targeted a firm that helped Chinese come to Italy to work illegally. This firm would help Chinese owners make fake hires and then provide them false payslips to help the migrants obtain residence documents. Once they received a residency permit, the worker would be officially fired, but in reality kept on working illegally.

The raids resulted in massive protests from the Chinese community.

This use of illegal labor had a real effect on other Italian producers. The New Yorker showed that a pair of pants made by Chinese firms using illegal immigrants in Italy can undercut Italian production facilities using legal labor and produce the same goods for up to a fifth less, which only helped fuel bankruptcies for Italian textile producers who were playing by the rules.

Many other schemes stemming from the Chinese community still remain somewhat of a mystery. In 1991, government and law enforcement officials became perplexed when it became apparent that Chinese people in Tuscany simply weren’t dying. There were no bodies and, mysteriously, no deaths being recorded. The regional government began investigating why not a single Chinese person had officially been recorded as dead in a span of 12 months in Prato or neighboring towns.

According to the New Yorker, Italians locals believed that Chinese gangs were “disposing of corpses in exchange for passports, which they then sold to new arrivals, a scheme that took advantage of the native population’s apparent inability to tell any one Chinese person from another.”

Although still a serious force in Italy, the Italian Mafia took decades to bring under control by the state. While it still generates billions in revenue, many of its leaders have been imprisoned, and the brazen attacks on police, judges and politicians have fallen away over the years. At the same time, organized crime in the Chinese community is growing, posing a new threat to Italian authorities who have the added challenge of investigating gangs conducting business in a foreign language.

Many Chinese live in a parallel society in Italy

Italians also complain that Chinese migrants lived in a parallel and insular society, which has bred distrust and resentment. In fact, nearly all Chinese Pratans who were born in China remains citizens of their birth country.
In the 1990s, the situation was already so bad that a group of Italians who worked in areas featuring high concentrations of Chinese workers sent an open letter to China’s government where they sarcastically demanded citizenship.

The letter read, “We are 600 honest workers who feel as if we were already citizens of your great country.”

Liu said he surprised with the Prato Chinese and their slow adaptation to Italian life.

“They have been there mostly for at least a couple of generations and still they are very closed off,” the artist told the South China Morning Post.

“They have their own customs and traditions and are still very separate from the local population. This model of migration is also problematic.”

Similar parallel societies involving the Chinese are not unique to Italy. The estimated 2 million Chinese in Africa have built their own factories, shops, and schools that are often segregated from the Africans they share countries with. In some cases, they even build entire “mini-China” cities:

Next to Lagos, Nigeria, Chinese developers have built a walled-off “special economic zone”–basically a separate city, with separate rules designed to attract investors–based on a model they’ve used inside China for the last 30 years. After Shenzhen became a special economic zone in the 1980s, it went from a small town of 20,000 to, by some counts, 15 million today.

This same kind of separation seen in Africa also exists in Italy to some degree.
“The Chinese don’t even go to the store here. They have a van that goes from factory to factory, selling Band-Aids, tampons, and chicken. And in the back of the van they have a steamer with rice,” complained Simona Innocenti, a leather artisan, to the New Yorker.
Politicians have also taken notice.
Regional President in Tuscany, Enrico Rossi, said, “The situation is unacceptable.”“We need the Chinese community to respect the law and integrate. We cannot have ‘free zones’. We will keep up inspections to clean up this immense production system.”
Concerns over the Chinese have also fueled populist and nationalist parties, which have given a platform for many citizens who are fed up with the situation.
“The Chinese have their own restaurants and their own banks—even their own police force. You damage the economy twice. Once, because you compete unfairly with the other businesses in the area, and the second time because the money doesn’t go back into the Tuscan economic fabric,” said Giovanni Donzelli, a national representative of the right-wing Fratelli d’Italia party.