The most trusted Czech politicians are Babiš and Bartoš: survey

Babiš is trusted by 26 percent of people 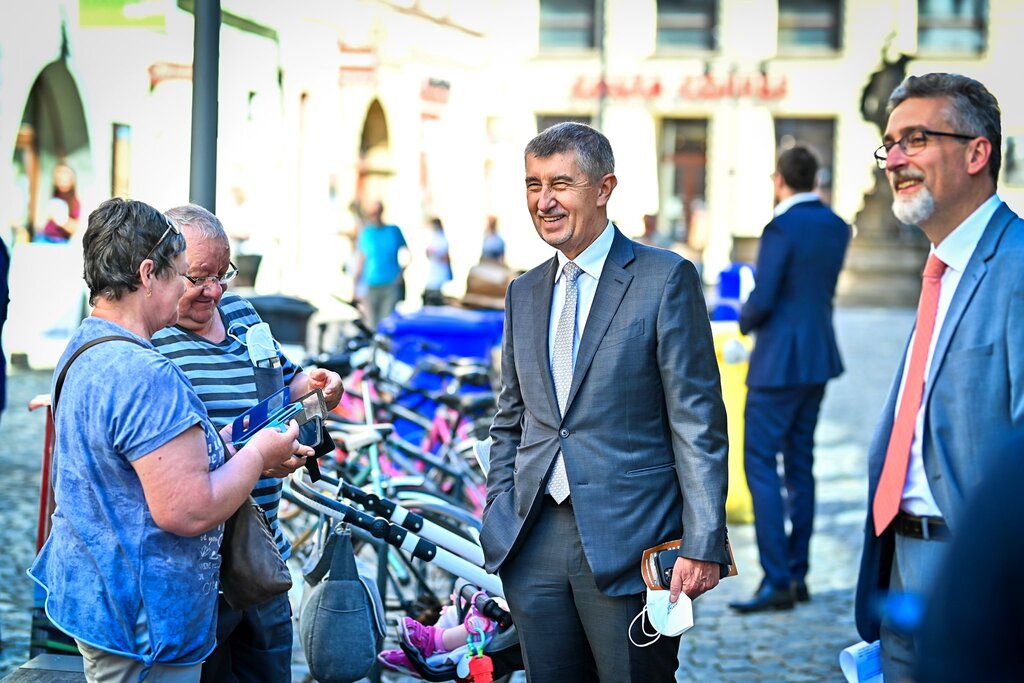 Of the representatives of the parliamentary parties, the chairman of ANO and prime minister, Andrej Babiš, and the head of the Pirates, Ivan Bartoš, are the most trusted politicians. Babiš is trusted by 26 percent of people and Bartoš by 25 percent. Another 24 percent of people trust the STAN (Mayors and Independents) chairman Vít Rakušan, the SPD (Freedom – Direct Democracy) chairman Tomio Okamura and the ČSSD (Social Democratic Party) chairman Jan Hamáček.

“The participants in the survey evaluated 19 leading representatives of the parties represented in the Chamber of Deputies. For all, distrust prevailed to a greater or lesser extent over the share of expressed confidence. “The ranking in terms of the size of the share of the trustees leveled very strongly and none of the included representatives of the parties in the trust significantly exceeded the level of one quarter,” reads the CVVM survey.

The chairman of the Pirates, Ivan Bartoš, finished in second place. A quarter of respondents expressed confidence in him, while 62 percent expressed distrust.

“Compared to previous research, trust in Jan Hamáček and Andrej Babiš has dropped significantly and distrust has increased,” says CVVM. Compared to the September survey, the chairman of the ČSSD and the minister of the interior, Hamáček, recorded a decrease in confidence by 19 percentage points to 24 percent and at the same time an increase in distrust by 21 points to 66 percent. A similar, albeit less significant, shift was recorded by sociologists in the case of Babiš, where confidence fell by 13 points and distrust increased by 16 percentage points compared to September.

However, sociologists also recorded a statistically significant increase in distrust in other politicians. In the case of the chairman of the Pirates, Bartoš, the share of people not trusting him rose by eight percentage points to 62 percent.

“The share of confidence in Ivan Bartoš decreased only slightly by three percentage points, which is a change on the border of statistical significance, but confidence in his case reached its historical minimum, which represents a significant shift compared to most older surveys,” states CVVM.