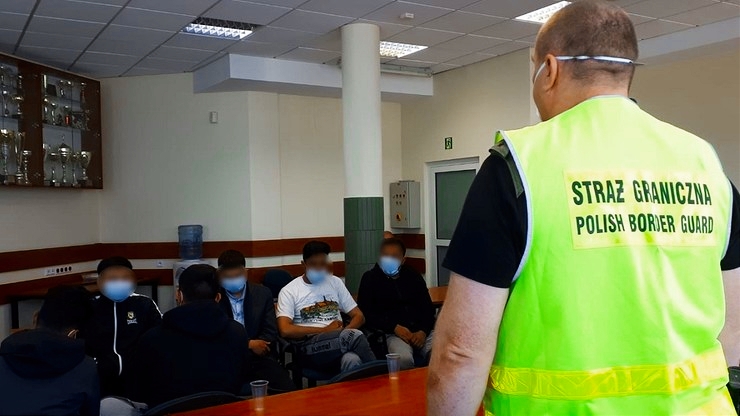 Two groups of migrants from Afghanistan reached Poland on foot by crossing the so-called green border between Poland and Belarus. All of the migrants were Afghanistan citizens.

The first group was stopped near the town of Ozierany. Earlier, a border guard patrol had discovered traces of an illegal border crossing, and the migrants were detained a few kilometers further away.

The 11-person group did not have any documents permitting them to stay in Poland. The group comprised six men aged between 15 and 49 and five women aged nine to 47.

Another 11-person group aged between 18 and 45 was stopped in Sokółka. This time, the migrants had crossed the Polish-Belarusian border near the town of Kuźnica where a road and railway border crossing are located. Police officers from the municipal police headquarters located the migrants.

All 11 Afghanis were given over to border guard officers.

In both cases, the migrants will be sent to guarded centers for foreigners.

In 2021 the Polish Border Guard has detained 18 groups of illegal migrants in the Podlaskie voivodship. The foreigners were illegally crossing the Belarusian border and entering Poland through Lithuania via the internal EU border.