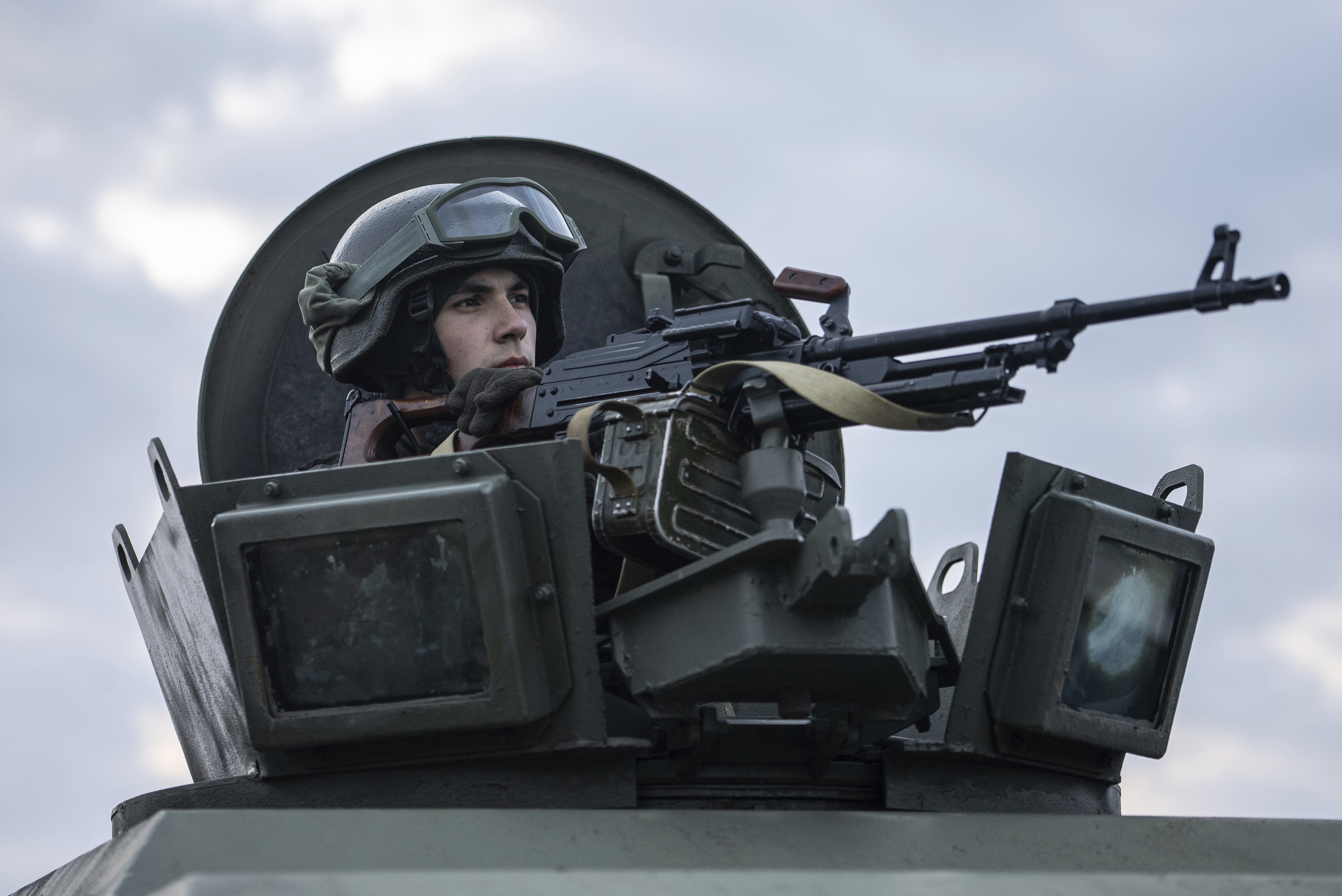 Russia does not plan to stop in Donbas and may continue its offensive to other parts of Ukraine, Ukraine’s intelligence service has reportedly told Ukrainian President Volodymyr Zelenskyy.

According to the Ukrajinska Pravda news outlet, Ukrainian intelligence believes the cities of Kharkiv, Kherson, and Kiev are at risk of invasion from Russia. Previously, Ukraine’s president consistently said there would be no invasion, and even a top politician in his own party said the U.S. media was propagating “fake news” about such threats that were tanking the Ukrainian economy.

At a meeting on Tuesday, the Ukrainian security forces informed the politicians about the current security situation and outlined possible forecasts of events.

“Ukrainian intelligence has information that Russia does not plan to stop in Donbas and wants to continue the military escalation,” Ukraine’s intelligence spokesman stated. “In the first place, Kharkiv, Kherson, and Kiev are in the risk zone.” Kherson is the country’s second-largest city on the Russian border and an important Black Sea port.

According to journalists, those present at the meeting also discussed the possible deterioration of the security situation in Donbas over the next two days, the UNIAN news outlet noted.

Ukraine’s political leaders also reportedly discussed the possibility of introducing a state of emergency in the regions neighboring Russia due to the threat of Russian military aggression. In the end, they postponed the decision to the next days with regard to the development of events.

Zelenskyy has previously refused to impose martial law on the country, saying he would only do so if a full-fledged war with Russia broke out. At the same time, the president announced that he would call on part of the military reserve force for an emergency exercise. He has ruled out a general mobilization so far.

The upper house of the Russian parliament on Tuesday approved Russian President Vladimir Putin’s decision to deploy Russian troops in eastern Ukraine. The deputies did so after the Russian president on Monday acknowledged the independence of the two separatist republics in eastern Ukraine and then ordered Russian troops to be sent there as part of a “peacekeeping mission.” The West has imposed new sanctions on Russia due to Moscow’s military action.