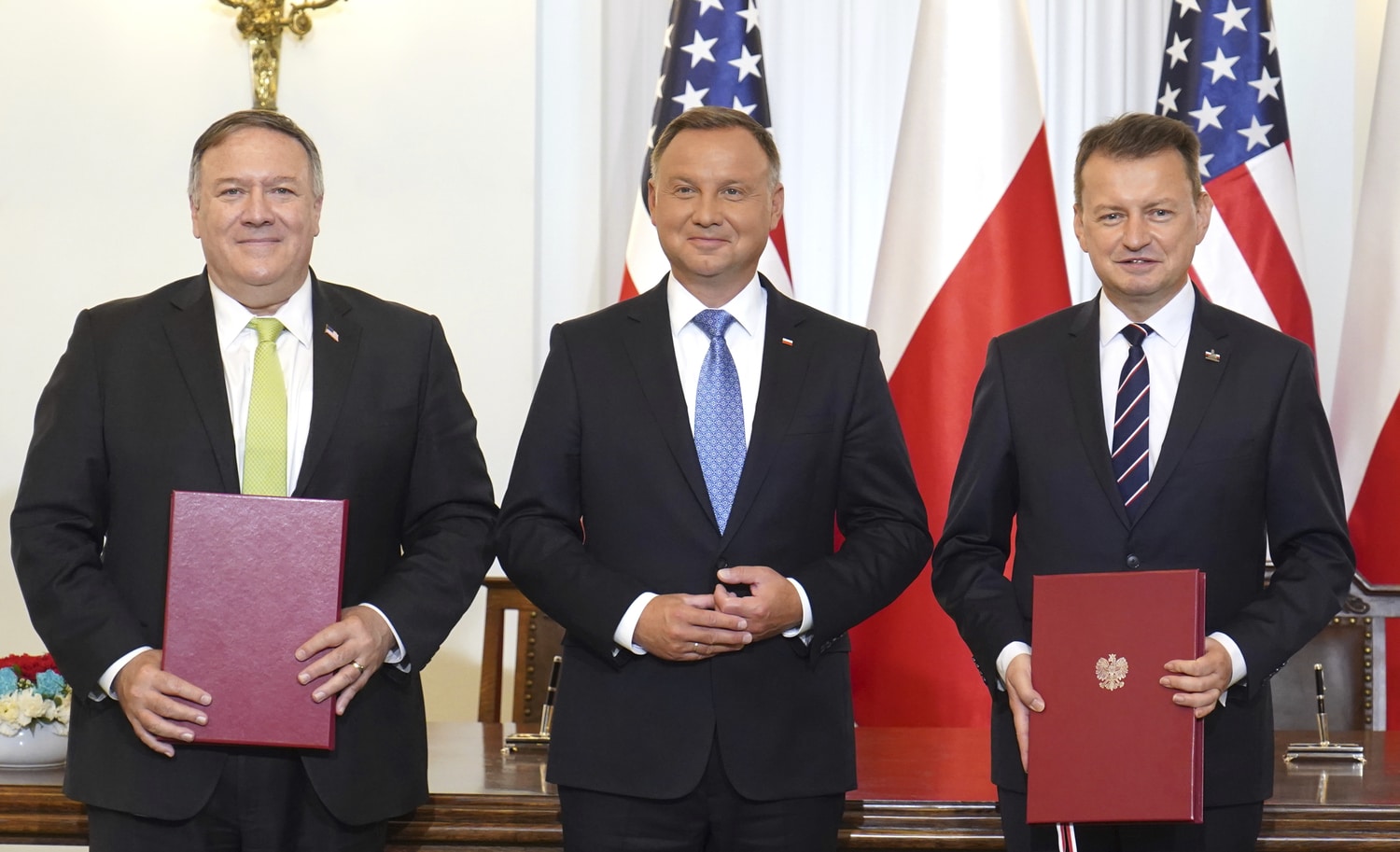 The United States and Poland have signed the Enhanced Defense Cooperation Agreement in Warsaw, which entails increasing US troop levels in Poland from 4,500 to 5,500 and centralizing command for all US units on NATO’s Eastern flank within Poland.

US Secretary of State Mike Pompeo stated that the declaration was a “historic agreement” and that “Poland and America have proudly carried out the responsibilities stemming from this new and expanded defense agreement.”

Pompeo said he believes that the declaration concerning deepened military cooperation between Poland and America will be beneficial to both countries.

Pompeo thanked the Polish foreign minister for Poland’s cooperation with the US and also congratulated President Andrzej Duda on his reelection. In the diplomat’s view, Duda’s victory will be an “excellent” way to deepen bilateral cooperation.

He also stressed that it was an honor to be able to commemorate the centenary of the 1920 Battle of Warsaw in Poland.

“This is one of the many heroic moments which the Polish nation became famous for in the 20th century,” he said, with him also referencing both the anniversary of the 1944 Warsaw Uprising and the 40th anniversary of the establishment of Solidarity.

The 1920 Battle of Warsaw, also called the “Miracle of the Vistula”, was a series of key battles which decided the outcome of the 1920 Polish-Soviet War. The battle is considered to be one of the turning points in European history after the Poles halted the Bolshevik advance further into Western Europe through their military victory.

Pompeo also referred to the current situation in Belarus and declared that Poland and the US’s main goal is to support the Belarusian nation in achieving their own independence and freedom.

The diplomat called for Belarusian authorities to initiate dialogue with its citizen society and to respect the values demanded by Belarusian citizens.

Pompeo reaffirmed the US’s commitment in the Three Seas Initiative and the plan to invest €1 billion in the project. He also confirmed American support for developing nuclear energy in Poland in cooperation with the Polish government.