VIDEO: “Europeans want to continue living in their own countries,” says Jarosław Kaczyński 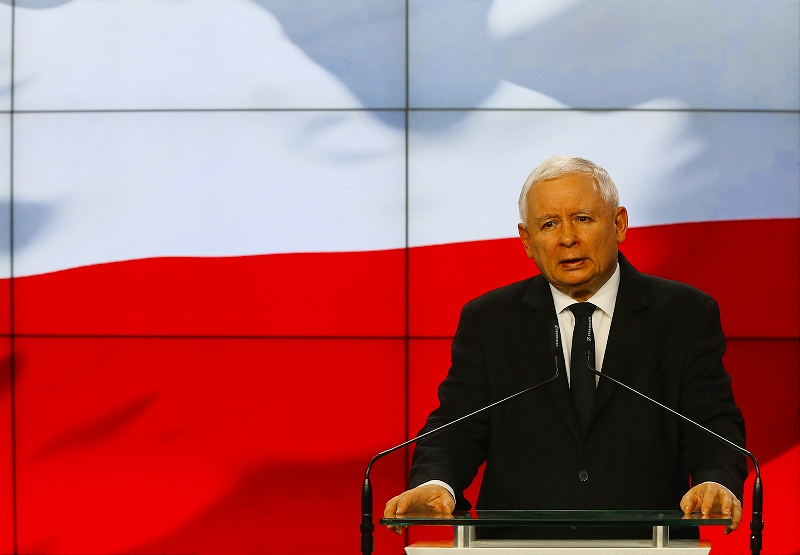 Law and Justice (PiS) leader Jarosław Kaczyński discussed recent attempts to further the federalization of Europe and the recent Declaration signed by European conservative and right-wing parties on European values and the sovereignty of nations in the EU.

“One should not even use the term federalization in this case. This is essentially about centralism and the construction of not only a union of European states, but of European societies,” Kaczyński said in his speech prior to the Conference on the Future of Europe that is planned to be held in Warsaw in September.

The leader of PiS warned that, first of all, centralization will lead to the degradation of the role of the state (especially among smaller weaker states) in Europe. Secondly, this process will undermine the entire European tradition. Finally, it will destroy Europe’s greatest wealth – the diversity of its cultures and customs, including political culture.

Kaczyński underlined, that this process has foundations in ideologies which can be considered destructive to the future of the EU.

He pointed out that those behind the process want to make it seem that there is no alternative, and that the only possible and good direction for developing Europe is the one they want.

“This is not true,” Jarosław Kaczyński declared.

“We cannot permit for Europe to be changed with these kinds of methods which have nothing to do with democracy and have everything to do with social engineering in the worst meaning of the term,” he stated.

Kaczyński explained that this process of centralization was the reason for the declaration of several conservative European parties, and he hoped that many other groups would join.

“This declaration is the beginning of our journey, the start of a dialogue which is very much needed in Europe and which will bring about an unequivocal result. Europeans want to live in their own countries,” he said.

Law and Justice’s leader emphasized that, while Europeans want their countries to cooperate in an institutionalized manner, they also want everything that long has formed the essence of Europe to be continued.

Last Friday, Jarosław Kaczyński announced the signing of a declaration between Europe’s largest conservative and right-wing parties. The aim of the declaration was to preserve European values and the sovereignty of nations in the EU. The signatories included Law and Justice (PiS), the Italian Northern League, French National Front, Spain’s VOX, and Hungary’s Fidesz.