The cause of the fire remains under investigation, but migrants have set fire to the Moria camp in major arson attacks on at least three other occasions 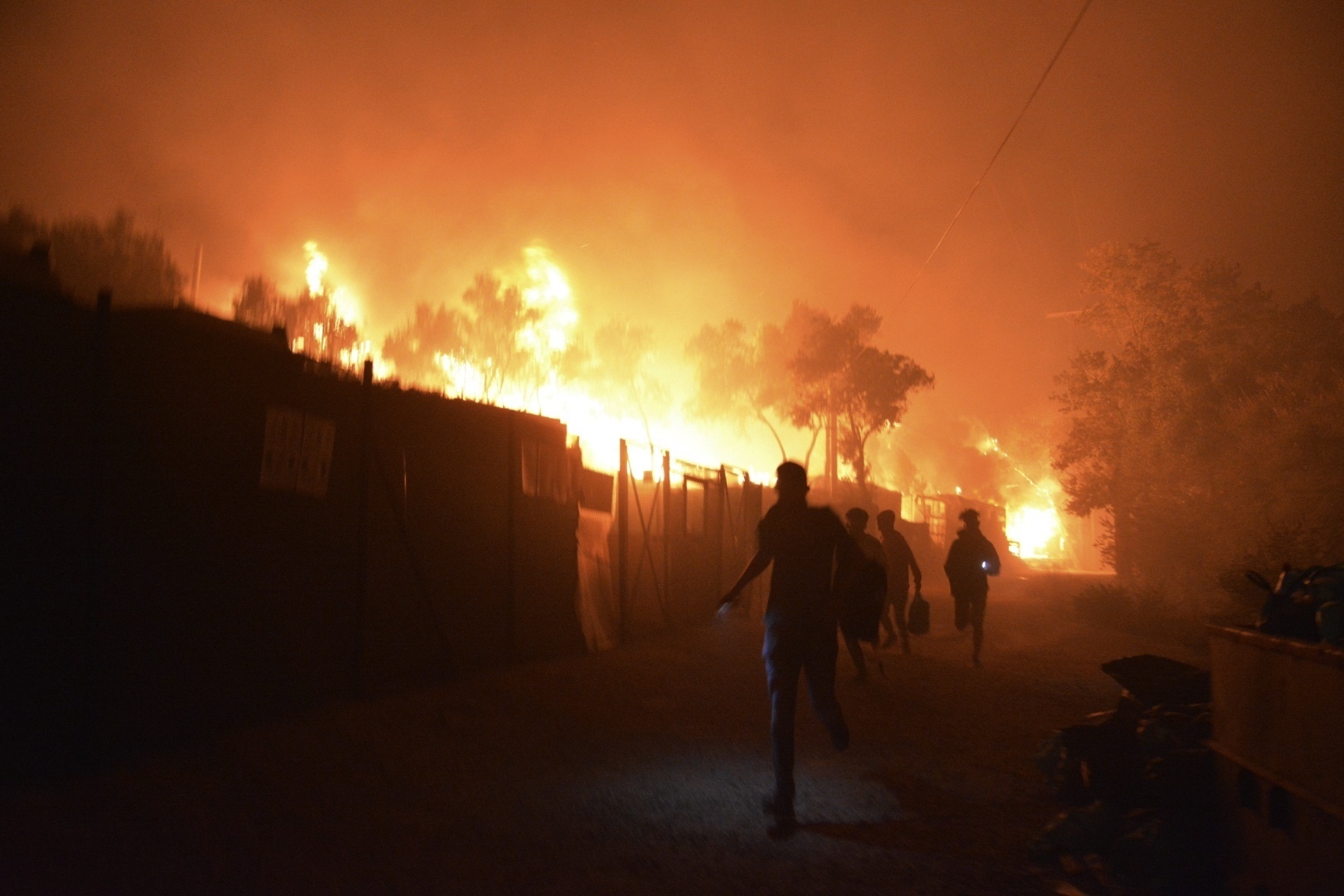 A large fire destroyed the overcrowded Moria migrant camp on the Greek island of Lesbos in the early hours of Wednesday and its 12,000 occupants have been evacuated.

A large fire has broken out at the #Moria refugee camp on the Greek island of #Lesbos.
The camp, which was built for less than 3,000 people and is currently handling more than 13,000 is being evacuated. pic.twitter.com/Phkuymu6zl

The camp, originally designed for 2,800 migrants, housed as many as 19,000 in January and 12,600 at the time the fire broke out, According to as yet unconfirmed reports by Greek news agency ANA, several fires broke out in the camp, where last week 35 residents tested positive for coronavirus.

The camp authorities tried to place them in isolation and that is when the fires supposedly broke out.

Hell on earth at #Moria camp on #Lesvos #Greece. A fire started late last night, now believed to have burned most of the camp that houses 12,000 people (4x its capacity). Doesn’t come as a surprise I’m afraid. #lesbos #migrants #refugeesgr pic.twitter.com/xFifUquvwn

According a BBC report, some 25 firefighters and 10 engines were battling the flames as the migrants were being evacuated.

“The disaster at Moria is total,” Manos Logothetis, the secretary of the Greek migration and asylum ministry told ANA. According to the latest data from the ministry, at the end of July Greek islands hosted a total 29,579 migrants. At that time, Migration and Asylum Minister Notis Mitarachi optimistically noted that “by implementing a balanced migration policy using a plan we are turning page in the migration problem”.

Migrants have set the Moria camp on fire before

As Remix News has previously reported, migrants have set fire to their own camp facilities in the past, including notable fires at the Moria camp.

For example, in 2016, the BBC reported that nine people from Senegal, Iraq, Syria, and Cameroon, were taken into custody after a massive fire broke out in the Moria camp on the Greek island of Lesbos.

Rami Alam, an Egyptian migrant living in the camp, said to the Middle East Eye that the “fire was started on purpose and that the perpetrators intended to repeat the act if they were not moved from the camp onto the mainland”.

“I heard many [migrants] speaking today who said ‘this is just the beginning’,” he told the news outlet. “They said ‘we will burn it again if we must stay here’. They want to leave, they want to go to Europe. They want Europe to have a solution for the refugees. I’m so worried. I know they will do it again.”

“No it wasn’t an accident. Definitely not, it was on purpose. If any fights happen again they will do it again, they will burn the fields and the camp,” he added..

Once again in 2017, migrants set fire to the Moria camp on Lesbos after a woman and her 6-year-old child died in a gas cylinder explosion while they were cooking. Migrants, reacting to what was clearly an accident, reacted by rioting and committing arson.

Title image: Refugees and migrants run as fire burns in the Moria refugee camp on the northeastern Aegean island of Lesbos, Greece, on Wednesday, Sept. 9, 2020. Fire Service officials say a large refugee camp on the Greek island of Lesbos has been partially evacuated despite a COVID-19 lockdown after fires broke out at multiple points around the site early Wednesday. (AP Photo/Panagiotis Balaskas)