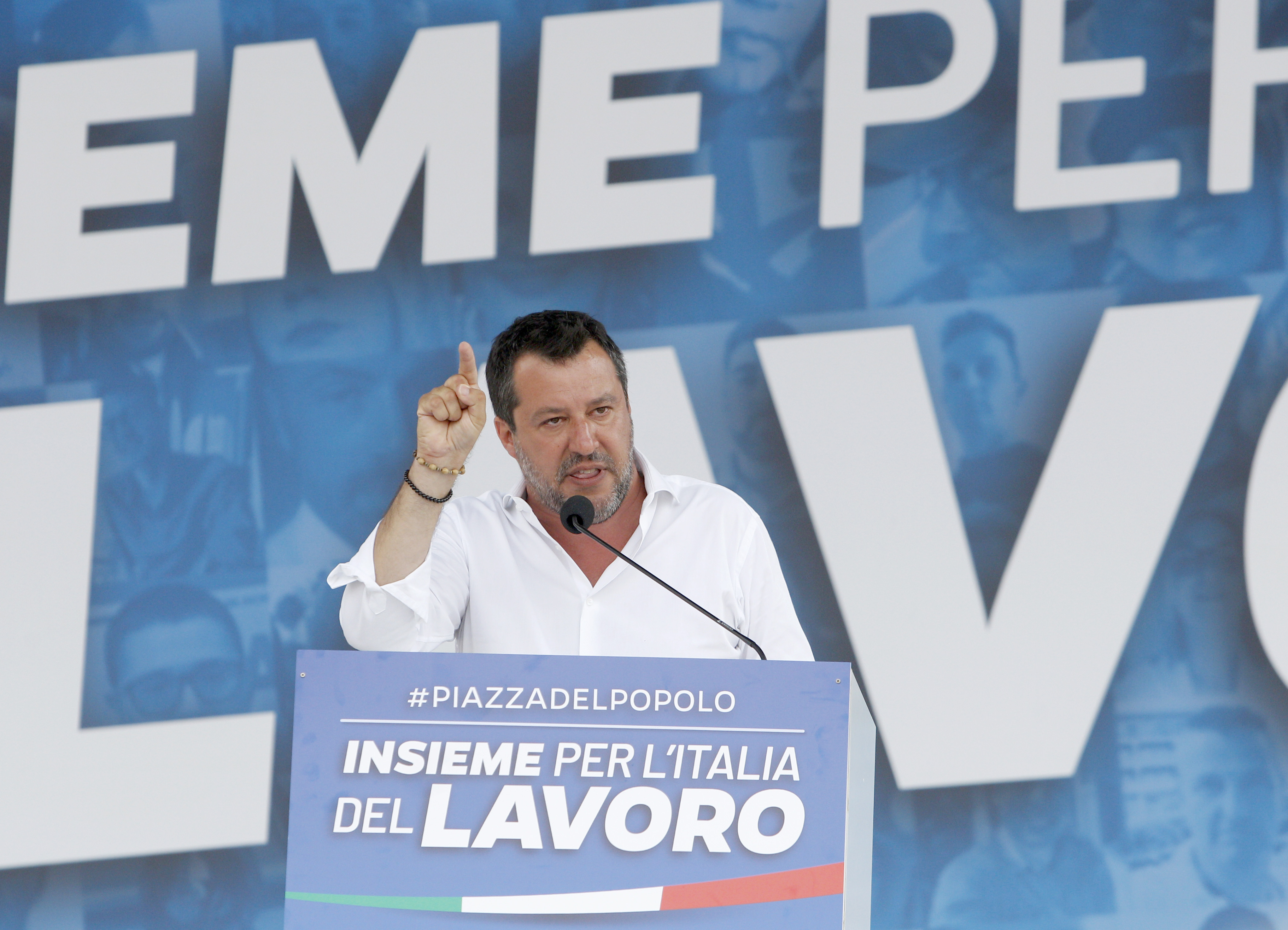 Matteo Salvini, leader of the Italian opposition League party, was assaulted by an Congolese woman at a campaign event in Tuscany on Wednesday, with the woman tearing his shirt and breaking his rosary

Salvini was in the area campaigning for his party due to regional elections that will be held on Sept. 20-21.  Italian parties, without exception, condemned what happened, however, the police are being criticized for their handling of the situation.

Salvini was campaigning on the streets of Pontassieve, near Florence, where video shows the woman pulling and then tearing off the shirt of the anti-immigration politician and then subsequently tearing off the rosary worn around his neck.

The assailant, who is believed to be a 29-year-old migrant woman from the Congo, shouted in Italian, “I curse you” before police remove the woman.

According to Italian sources, she lives and works in Italy with a residence permit. A police official told the Italian ANSA news agency she was in a “disturbed state”, and instead of arresting her, they issued her a caution. The police claim that her actions did not appear “premeditated” as she was walking home from work when she randomly found herself walking next to Salvini.

The Directorate for Counter-Terrorism Investigation (Digos) has launched an investigation to clarify what happened in Pontassieve.

Salvini later said on social media that he had not been harmed.

“I have no anger, no desire for revenge, just sadness,” he wrote.

The incident was condemned by all major parties. Giorgia Meloni, president of the right-wing Brothers of Italy (FdI), pointed at the ruling parties, saying she believed that those responsible should be found among those who portray their political rivals as enemies. Luigi Di Maio, a leading politician of the ruling party of the Five Star Movement (M5S), also called the events unacceptable and expressed solidarity with Salvini.

Elections will be held in seven Italian regions on Sept. 20-21. In Tuscany, which has been led by the left for fifty years, the League and the Democratic Party of the Left (PD) candidate for the presidency of the region are head-to-head in the polls. In 29 days, Salvini’s trial will begin for alleged “kidnapping”, charges that are tied to his refusal to allow migrants to disembark from a migrant NGO rescue ship on to Italian soil.  Title image: The League party leader Matteo Salvini speaks during a center-right opposition rally in Rome’s central Piazza del Popolo, Saturday, July 4, 2020. Writing beneath Salvini reads in Italian “Together for Italy of Work.” (AP Photo/Riccardo De Luca)