PM Orbán: We will build a new Central Europe

Romanians and Hungarians can work together 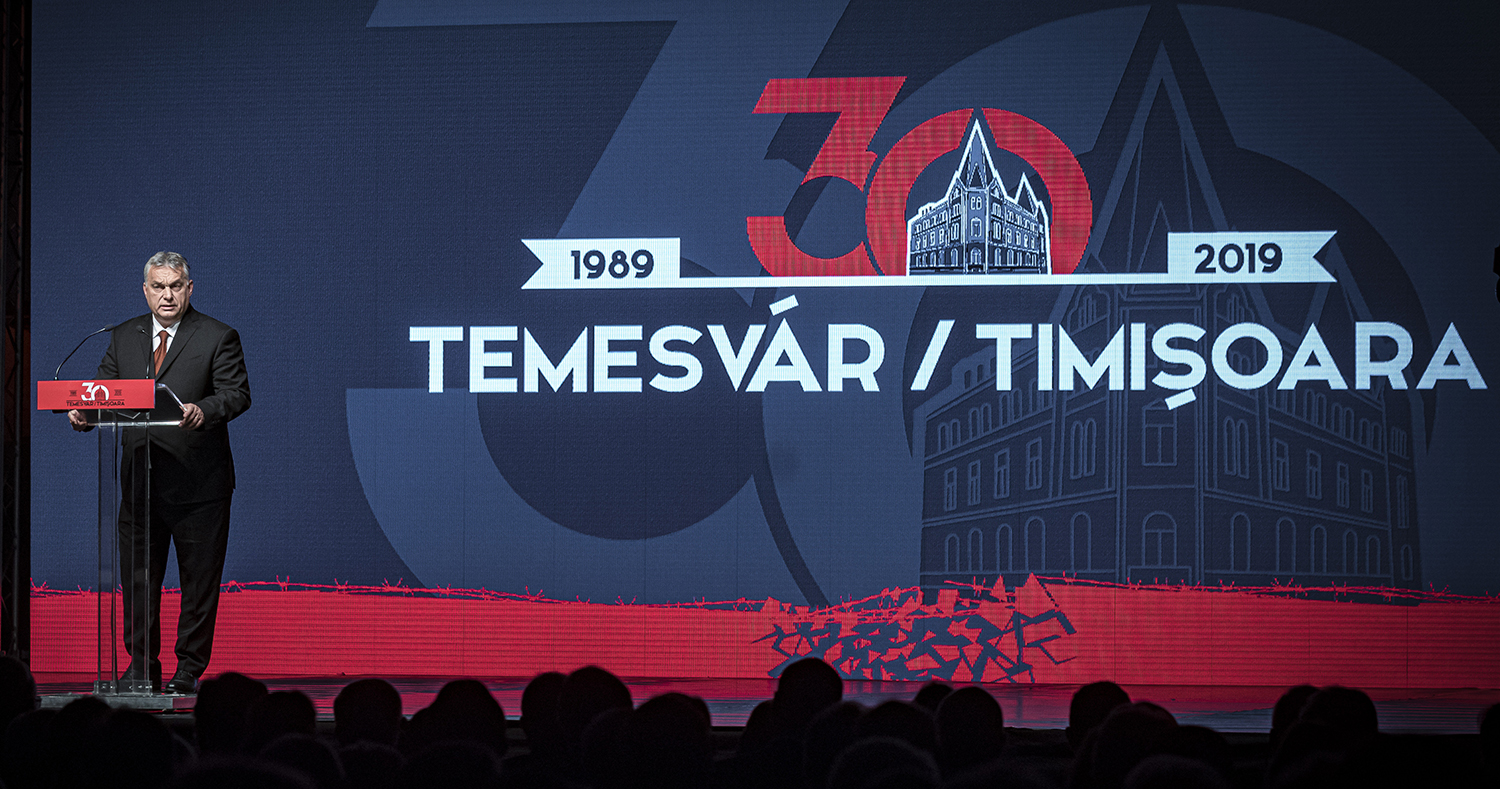 The 1989 Romanian Revolution proved that Hungarians and Romanians can join forces, Hungarian Prime Minister Viktor Orbán said on Saturday at a commemoration in Temesvár (Timișoara in Romanian), where the uprising began.

“The peoples of Central Europe always knew that they will never have freedom handed to them by the major powers. Had we waited for the Western countries, we would still be under occupation by Soviet troops and be members of the Warsaw Pact. And the Communist Party congresses would still be deciding our future”, Orbán said. “Glory to those heroes who gave their lives in that fight.”

After paying tribute to the past, Orbán’s speech focused on the future, saying that just as then, nations of the region can again join forces.

“We (Hungary) are ready to build a new Central Europe together with our neighbors – Romania included,” he said. “If we join forces, cooperate, this becomes possible and it will be the new reality.”

Romania was the last country in Central and Eastern Europe to shake off communist rule in 1989. The Romanian Revolution was the only revolution in the region to violently overthrow the regime and execute its leader.

On Dec. 16, 1989, a vigil staged by the Hungarian minority in Romania is what sparked the revolution. The small community of the local Reformed church began guarding the residence of their pastor, László Tőkés, whom the infamous Romanian secret service, the Securitate, wanted to evict.

Pastor Tőkés, now a bishop, was one of the staunchest critics of communism, but also a man of the cloth and – making him a perfect target for the regime – an ethnic Hungarian.

Bishop Tőkés would go on to become a symbol of the successful Romanian Revolution both domestically and internationally. What began as a vigil was soon joined by Romanians in multi-ethnic Temesvár who did not care what nationality the priest had. It was simply enough for them to hear that “the Securitate wants to take our priest.”

The revolution eventually spread across the country, forcing Nicolae Ceaușescu, general secretary of the Romanian Communist Party, to flee on Dec. 22. Police captured him and his wife, Elena, the same day and after a summary trial, both were executed on Dec. 25, ending his oppressive rule that had lasted 24 years.

“Millions of people condemned to silence have been secretly hoping that someone would raise their voice,” Tőkés said in his commemorative speech. He added that the revolution’s beginning was a great example of how people of various religions and nationalities united against tyranny, atheism and communism.

“Homage and recognition to those who took up a successful fight against the forces of evil,” he said. “The European way could no longer be stopped.”