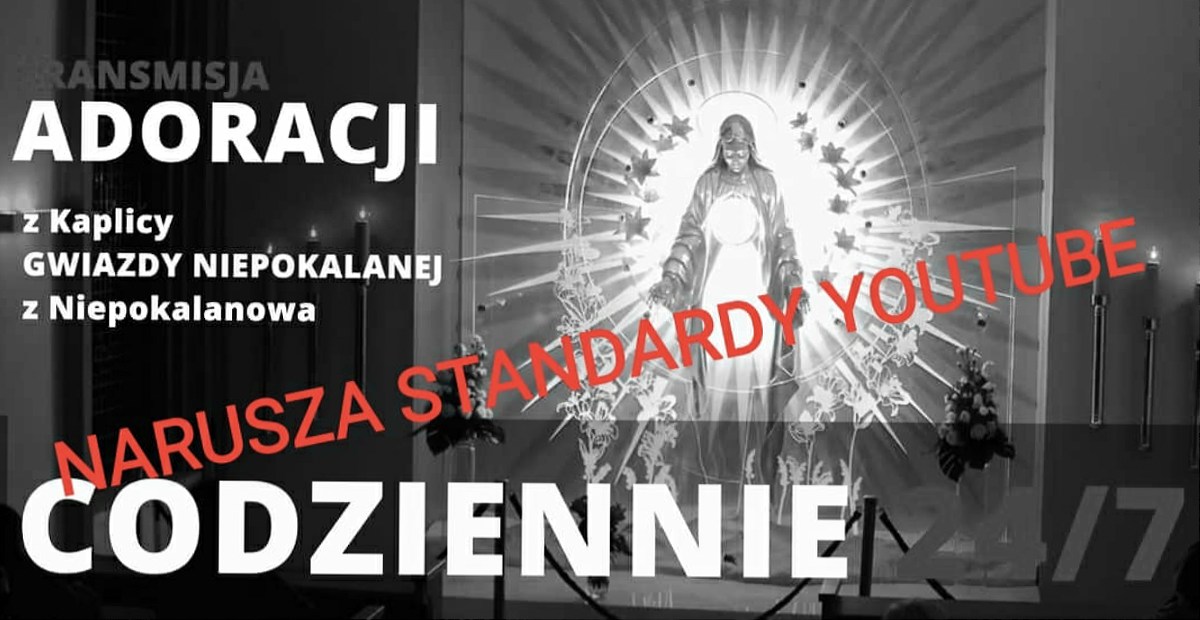 When a popular livestream featuring the Catholic service for the adoration of the Blessed Sacrament was cut by YouTube, many users on the platform what happened to the video.

Since the incident, YouTube’s press office claimed that the livestream from the Polish monastery in Niepokalanów was taken down due to a copyright claim concerning music used in the transmission, however, the television channel responsible for streaming the content is not buying the claim.

The director of EWTN Polska, father Piotr Wiśniowski announced in a statement published on the broadcaster’s website on Sunday that following phone and email correspondence with YouTube, the transmission of the adoration of the Blessed Sacrament was restored.

“We consider the fact that we were deprived of the possibility to stream a live transmission a day before Divine Mercy Sunday as not accidental and an expression of discrimination towards Catholic societies around the world, who wanted to honor God in accordance with their traditions,” the statement reads.

According to the explanation given by YouTube’s press office, the livestream on EWTN’s channel was removed due to a song in the video violating a record label’s copyright.

Father Wiśniowski stated that YouTube admitted that EWTN possessed all required copyrights for the songs and music used in their broadcast.

“Along with the whole EWTN Polska team, we express satisfaction that the YouTube team, following our justified claims, decided to lift its blockade of the adoration,” he wrote and thanked everyone in Poland and abroad who published articles concerning the censorship.

The priest added that at the clear behest of the Polish YouTube team a discussion will be held on EWTN Polska’s channel concerning avoiding such problems in the future.

When the transmission was interrupted by YouTube on Saturday, EWTN emphasized in statement that in the last two and a half years previous streams of the adoration of the Blessed Sacrament on its channel were incredibly popular all around the world, which was confirmed by international Catholic media outlets.