Czechia remains committed to NATO but rules must change 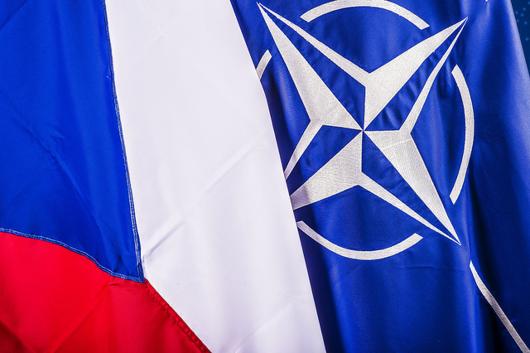 President Miloš Zeman will represent the Czech Republic at the NATO summit in London starting Dec. 3 during an increasingly difficult time for the alliance.

After a meeting between Prime Minister Andrej Babiš and Zeman on Nov. 13, both leaders said the rules for NATO should change and plan to bring the topic to a European level.

“It is an important alliance, but the European member states perhaps need to start talking about the treaty that was signed seventy years ago,” said Babiš.

Babiš also commented on the recent statement of French President Emmanuel Macron that the North Atlantic Alliance is currently in a state of “brain death”.

“I cannot fully agree with that since NATO is an important alliance,” retorted Babiš.

However, he added that European states need faster action when, for example, it is necessary to take action against people smuggling in the Mediterranean.

“We certainly do not agree with building a European army, but there is scope for closer cooperation,” the prime minister said.

According to him, other European countries feel the same.

According to Macron, a change in the attitude of the United States and the behavior of Turkey, which recently launched an offensive in northern Syria, are the reasons for the weakening of NATO.

During Britain’s NATO summit in December, member county representatives will commemorate the 70th anniversary of the alliance. The North Atlantic Treaty was signed on April 4, 1949, in Washington by Belgium, the Netherlands, Luxembourg, Britain, France, the U.S, Canada, Portugal, Italy, Norway, Denmark, and Iceland. NATO Command was based in London in the early years. The Czech Republic joined the alliance in 1999.

During the NATO ceremony, Prime Minister Andrej Babiš will be attending the budget bill debate in the lower house of the Czech parliament.