A hostile EU is behind Hungary’s weakening currency 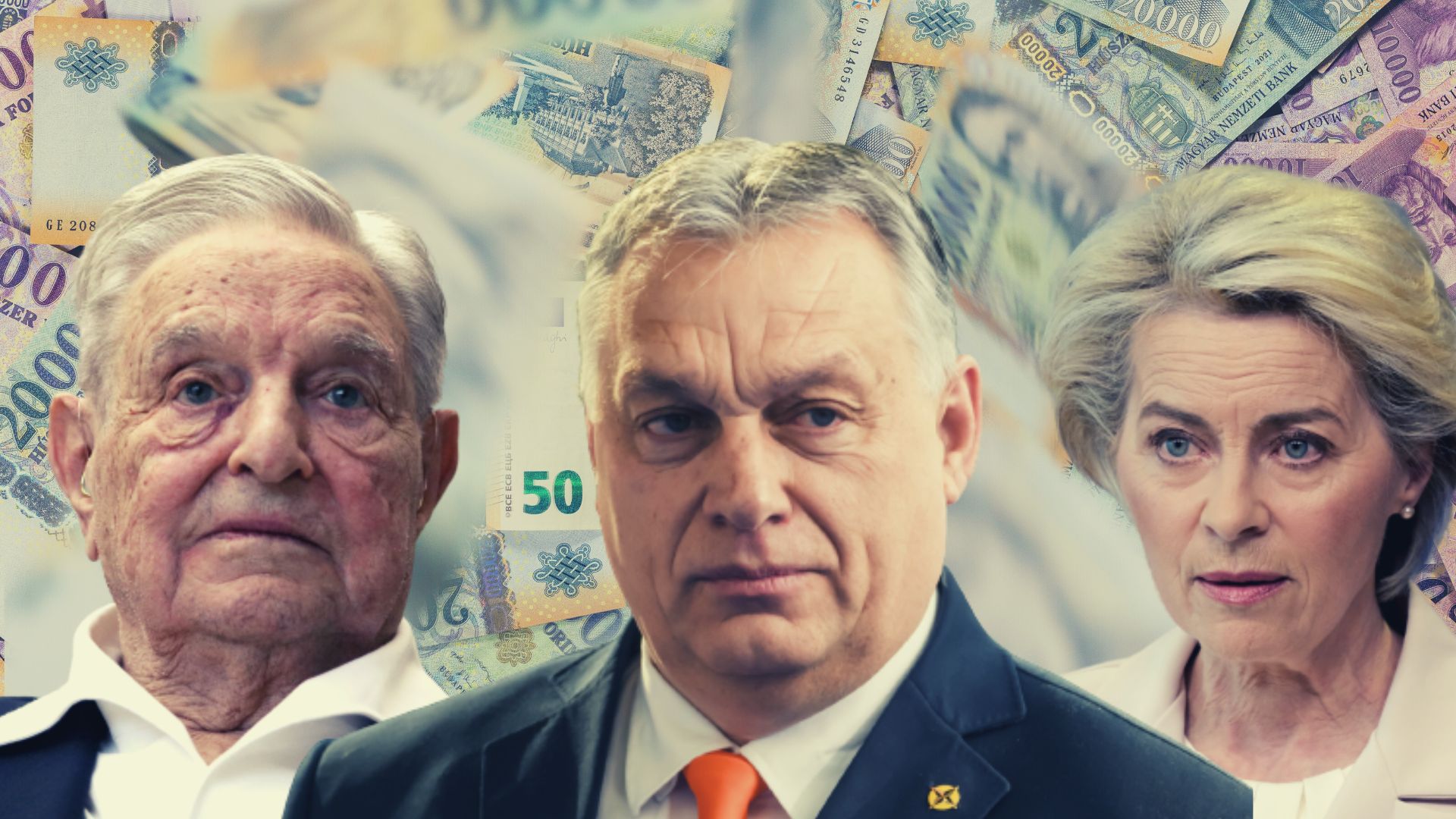 Hungary is currently facing pressure in financial markets and a weakening currency, but this development is not due to mismanagement of Hungary’s economy. Instead, it is a form of punishment tied to Brussels’ unprecedented decision to cut €7.5 billion in EU funding to the country over alleged violations of rule of law.

The goal is to punish Hungarians as much as possible for their decision to vote for Orbán, which delivered him a landslide win coupled and a two-thirds majority in April’s national election held this year. As a result, the EU has essentially written off Hungarians as a people, and is now, in effect, waging open financial war against them.

Europe’s mainstream press admits as much. As Germany’s influential DIe Welt newspaper notes, the EU’s threats to sanction Hungary have weakened the country’s currency, widened the budget deficit, and raised its cost of borrowing. Despite the pain this will deliver to Hungary and its citizens, the European press and its left-liberal establishment are calling for more pain. 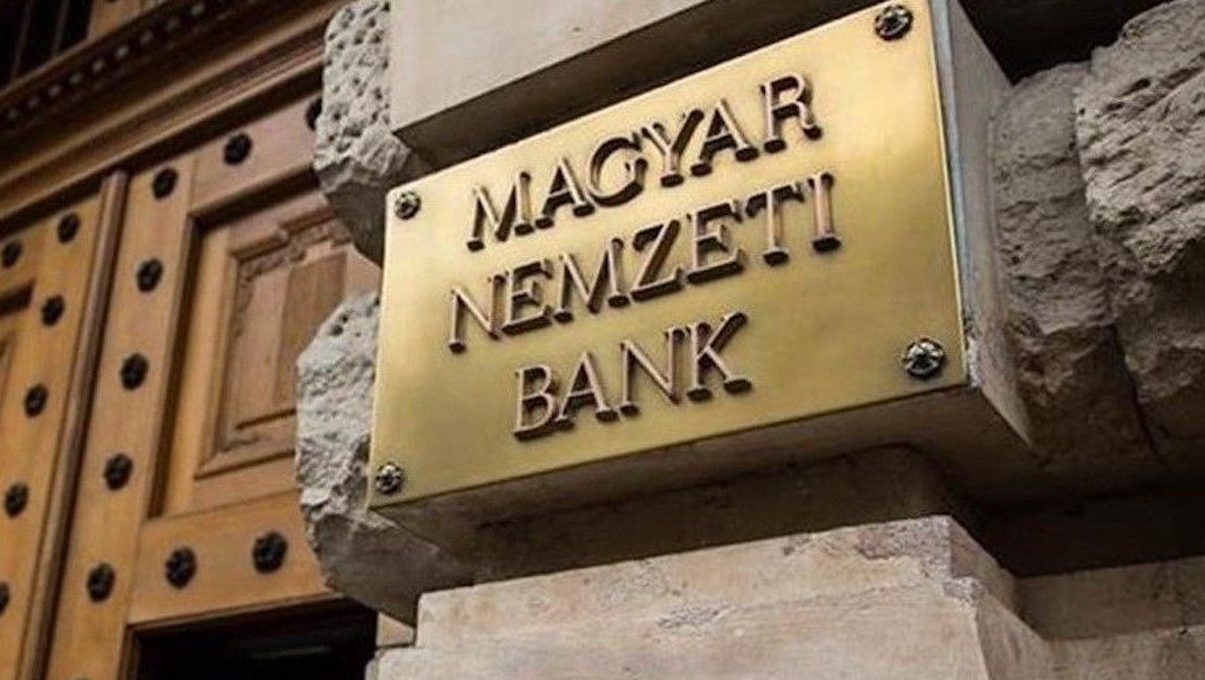 This same establishment has long set the goal of removing Orbán from power due to his opposition to mass migration, multiculturalism, and a federalized Europe. Yet, more than half the country still voted for him and his party — a small miracle in a multi-party and arguably the strongest democratic mandate in all of Europe. As a result, the EU has little hope of removing Orbán from power in the near future — he is too well-liked domestically, and with a comfortable majority, there is little risk that his government could collapse over a coalition power struggle.

Europe has instead turned to collective punishment. Hungarians must pay.

How the EU is driving inflation in Hungary

As Die Welt outlines, Hungary’s central bank has certainly taken dramatic measures to prop up the country’s currency and slow down inflation by boosting the bank’s interest rate to a whopping 13 percent. Despite these efforts, one euro now equals over 424 forints, a significant weakening from the 350 forints it was worth at the beginning of the year. At the same time, the euro has weakened relative to the dollar, which means the forint has seen even more dramatic decreases relative to the global reserve currency. To its credit, Hungary has used a number of domestic tools, including price caps to keep the cost of essential goods down, along with diplomacy and realpolitik to keep cheap gas from Russia flowing, but a weakening currency has been a major factor in the country’s inflation woes.

Ultimately, the dispute with Brussels is thwarting Hungarian National Bank’s efforts “to be able to offer the forint support through its restrictive monetary policy,” said to Sandra Striffler, a foreign exchange analyst for DZ Bank. She noted that as long as Brussels blocks the disbursement of billions of funds for Hungary, then”the central bank will continue to fight a very losing position as far as the forint is concerned.” After the bank’s last interest rate hike, it also stated it would keep hiking anytime in the near future, reducing its ability to influence future depreciation. 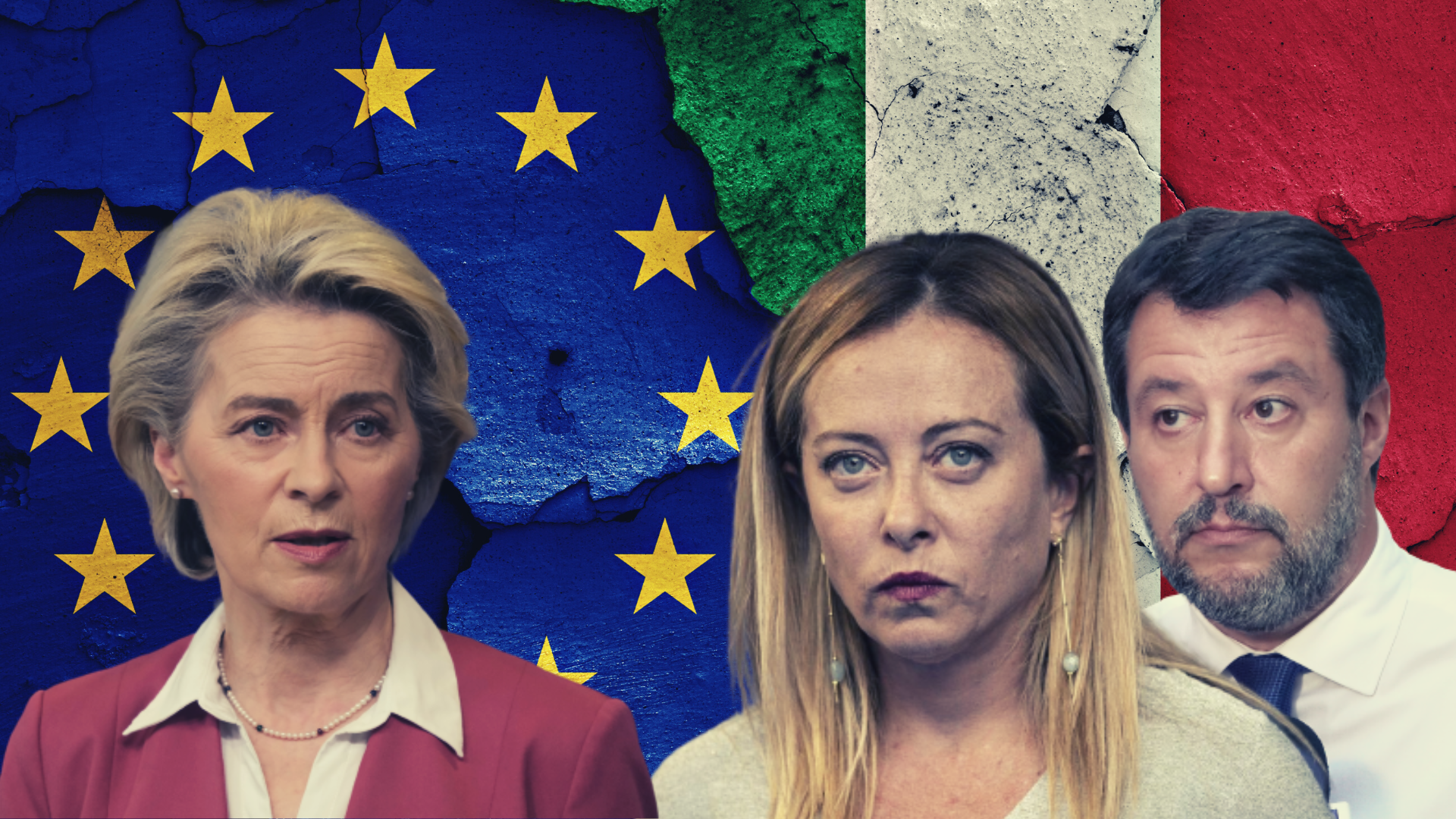 It is true that Hungary’s currency is not the only currency weakening in the region — Poland has seen its currency also depreciate relative to the euro and dollar, but Poland is also in the crosshairs of the EU and continues to pursue billions in frozen recovery funds. The Czech koruna has weakened somewhat, but the country is in Brussels’ good graces and has had no problem receiving EU funds, a major factor as to why the currency has remained more stable.

Nevertheless, many countries are still worse off than Hungary regarding inflation, at least so far. The Baltic nations have seen inflation break over 20 percent, and even in the highly prosperous Netherlands, inflation has soared to 17.1 percent. These nations are not facing a hostile EU though, and that could play all the difference in the long term. If the EU keeps turning the screws, and Hungary’s currency weakens further, inflation may take a greater toll on the country’s populace.

The EU has given Hungary until November to fix its “rule of law” issues, but the writing is likely on the wall. Hungary will lose out on either all of those funds or nearly all of them.

Before elections in Italy last month, European Commission President Ursula von der Leyen warned that if the “wrong” government is elected, the EU has “tools” it could use to correct such an outcome, which she said were already being used against Hungary and Poland.

“We will see the result of the vote in Italy,” said von der Leyen. “If things go in a difficult direction — and I’ve spoken about Hungary and Poland — we have the tools.”

She was referring to the new sanctions tool at the EU’s disposal, which is what has enabled Brussels to cut €7.5 billion in funding. In addition, the EU is withholding another €5.8 billion in coronavirus recovery funds from Hungary.

That is big money for Hungary, which set a budget expenditure for 2023 that will total €84.1 billion with planned expenditures of €78.3 billion. Those budget figures already include the EU funds, and if the EU withholds this vital funding, this will lead to a greater deficit.

The EU knows this. With a widening deficit, it harms Hungary’s ability to borrow on financial markets. Currently, Hungary is just above the threshold of investment grade debt, but the country could soon be downgraded further over EU funding cut threats. If it falls below this, institutional investors will likely hesitate to purchase the country’s bonds, and finding financing becomes more difficult and expensive.

The rating agency S&P already adjusted its outlook for Hungary to “negative” in August, which could signal a downgrading during the next review, which in turn could result in some degree of capital flight.

Will Hungary become a ‘test case?’

Despite all the rhetoric about “rules-based order” and “democracy,” the EU is not itself a democratic institution, and judging by its actions and threats, it is very particular about when it actually supports the concept of democracy. If a national vote goes the “wrong” way in a member state, as it did in Hungary and Italy, the EU will use its “tools” to punish countries until it gets the results it wants. This is not an opinion. The EU commission president is now on record making such a threat — there should no longer be any illusions.

While it has almost become a cliché at this point among conservatives, it is also worth pointing out that these EU funding cuts have come after years of lobbying from billionaire oligarch George Soros to make a “test case” out of Hungary and cut its funds. Some claim that Soros has unjustly been made into a “bogeyman” in the eyes of the conservative movement, but there is no denying the financier is involved with a truly astounding array of political influence operations with billions in funding, all the way from electing crime-friendly district attorneys in the U.S. to funding pro-censorship “fact-checking” outlets across Facebook’s European operations. That same kind of money and determination has long been directed at removing Orbán from power, and in fact, it has become an obsession, including openly calling for “regime change” in Hungary. 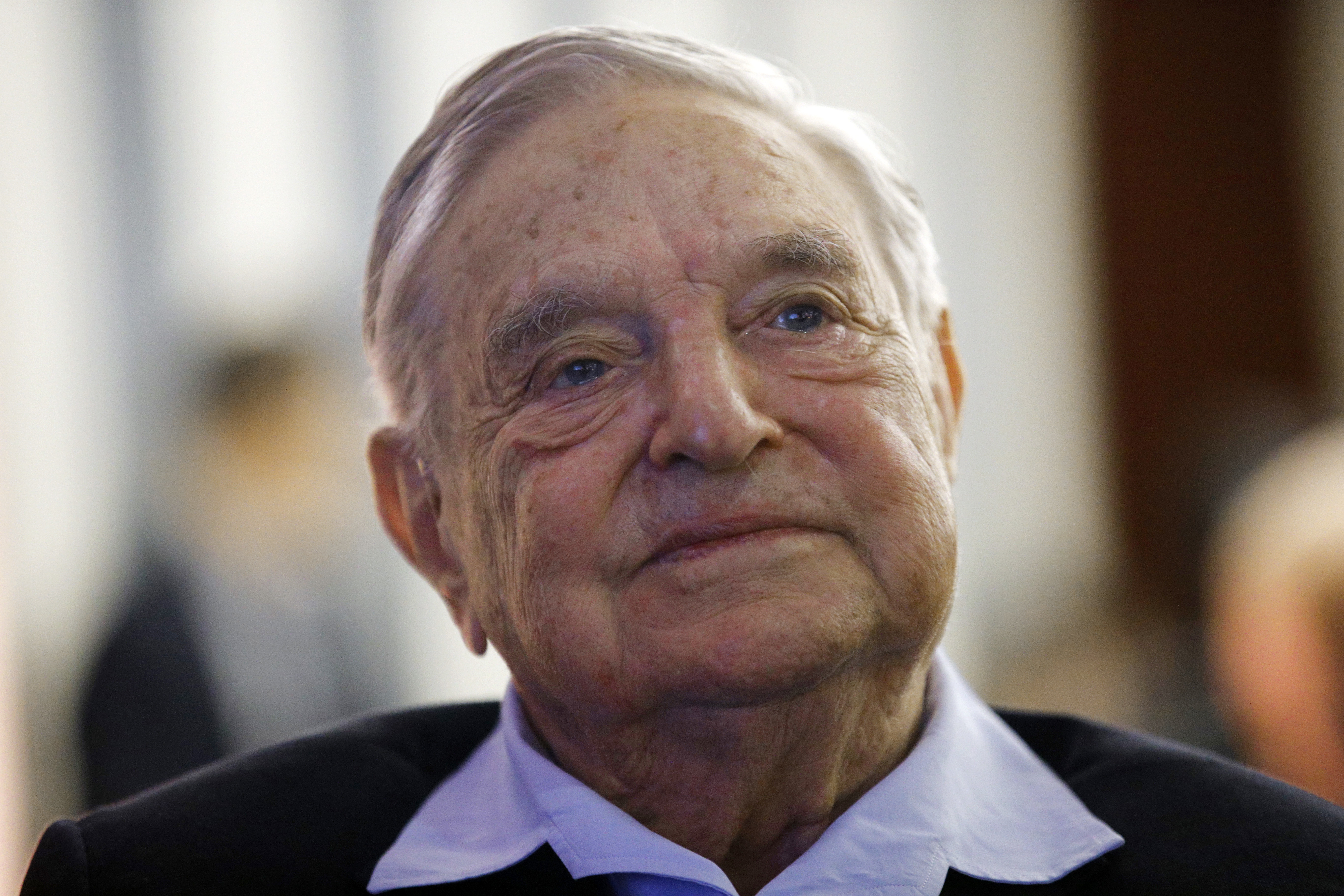 Known as the “man who broke the Bank of England,” Soros made much of his initial fortune in currency speculation, earning $1.5 billion in a single month betting against the British pound. Soros is not stupid enough to be placing bets against Hungary’s currency, but the “test case” he called for is undeniably happening, with the end result being that man is looking to profit once again from a weakening currency this time politically.

The EU funds owed to Hungary flow into roads, schools, and digital projects, to name a few areas, and when they are cut, the citizens of Hungary, who are poorer than those of Western European nations, suffer the consequences. It does not matter if the blame is pinned on Soros, NGOs, think tanks, the EU commission or European MEPs — the reality is that they all come together to make up the dominant power bloc guiding a West that does not really care about human rights, democracy, or even human suffering. This power bloc will continue to do whatever it deems necessary to punish Hungary and its people, the same ones who overwhelmingly voted for Orbán. How far will they go in their effort? They admit themselves they want a federal Europe free of sovereign nation states. They want abolish the veto, and an end to the troublesome democracies that arise in countries like Italy and Poland.

They are playing for keeps.