Macron’s diplomatic efforts are not exactly good news for Ukraine 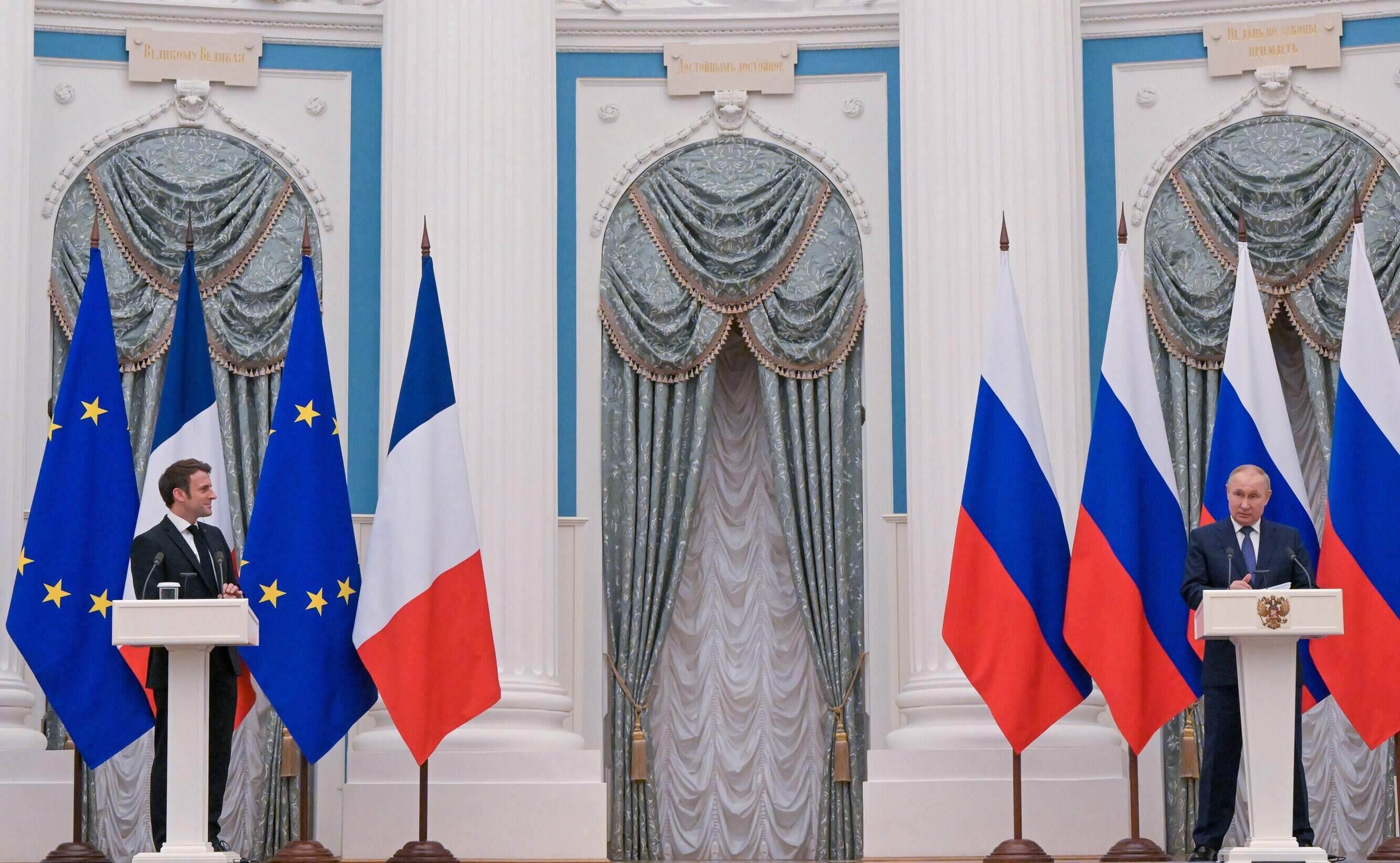 The crisis on the Russian-Ukrainian border is not easing. Politicians commute between the capitals in a frantic attempt to find a diplomatic solution. French President Emmanuel Macron attempted a breakthrough this week. On Monday, he met with Vladimir Putin. On Tuesday, he visited Ukrainian President Volodymyr Zelensky. But Macron’s diplomatic efforts are not exactly good news for Ukraine.

With the presidential election in France set to take place soon, Macron’s peace negotiations between Ukraine and Russia would be a nice bonus in the election campaign. Also, French presidents have always had a high opinion of themselves. They never gave up on the idea that France was a superpower. Charles de Gaulle attempted a breakthrough with the Soviets, but the rulers in the Kremlin generally accepted them with amusement and made it clear that the only partner for them were the Americans.

Putin did not treat Macron with too much respect. He reiterated that Crimea was part of Russia and warned that Ukraine’s accession to NATO would mean an “automatic war” with Russia. Putin laughed at the claim that NATO was a defensive alliance and called the 2014 Ukrainian revolution a coup. When he talked about Kiev being forced to accept the Minsk Protocol, he used an analogy from a disgusting song: “Like it or not. Suffer, my beauty. It needs to be done. It can’t be otherwise,” said Putin.

Macron managed only the general talk on the need to continue with dialogue.

“We must protect our European brothers by proposing a new balance capable of preserving their sovereignty and peace. At the same time, we need to respect Russia and understand the current traumas of this great nation and people,” stated Macron.

No respect for France in Russia

However, Russia does not respect France. Putin’s spokesman Dmitry Peskov said that France is a member of NATO, but Paris does not lead it.

“This bloc is led by a completely different country. So what agreements can we talk about?” Peskov asked.

However, Macron obviously thinks that an agreement is possible. He told reporters on the plane on his way from Moscow to Kiev that the “Finlandization” of Ukraine was on the table. During the Cold War, Finland was democratic and independent, but its foreign policy was limited by an agreement not to go against Moscow.

Like Putin, Macron believes that the Minsk Protocol is the basis for reconciliation. During a press conference, he said that “the Minsk agreements are the best protection for Ukraine.”

The issue with the Minsk Protocol

The problem is that the Minsk Protocol is a trap that can lead to the subjugation of Ukraine. These agreements from 2014 and 2015 partially stopped the war in Donbas, which has since turned into a static conflict of nerves. In them, Ukraine pledged to give the separatist regions a degree of autonomy. That never happened. When blaming Kiev for not fulfilling its part of the agreement, it must be borne in mind that Russia is not fulfilling its part, either. According to the agreements, all foreign fighters are to withdraw from the area, and the separatists are to disarm. That also didn’t happen.

However, the Minsk agreements pose a more serious problem for Ukraine, as political scientist Bruno Maçaes points out. Their implementation would be the first step towards the federalization of Ukraine, where separatists would have the right to speak and determine Ukrainian politics. Given that the separatists are controlled by Moscow, it is a means of handing over part of the country’s sovereignty to Putin.

Unfortunately for Kiev, the Minsk Protocol is no longer just the basis of a “compromise” for Moscow, but also for Western countries. Macron is obviously trying to push Zelensky to accept them. Maçaes believes that the recent phone call between U.S. President Joe Biden and Zelensky should be seen in this light. According to leaks to the media, the call did not turn out well. Biden allegedly warned Zelensky that the threat of a Russian invasion was imminent and that Kyiv would be looted. Zelensky, on the other hand, objected that the situation was not so dark.

It does not make much sense. Why would the U.S. president claim that the situation is dire, while the Ukrainian president would see the situation more optimistically? Shouldn’t Kiev stick to painting grim scenarios to gain U.S. support? Maçaes sees this as the United States trying to pressure Ukraine to back down. The subtext of Biden’s statement is, “you will be responsible for this bloodshed if you do not accept Russia’s demands.” Zelensky has no choice but to oppose that it is not so serious.

There is a clear parallel with the 1938 Munich Agreement when pressure from the great powers forced a smaller state, Czechoslovakia in this case, to hand over control of part of the territory to a larger state, with the result being an end of democracy and political dependence on a powerful neighbor. Macron currently plays the role of Chamberlain, trying to force a foreign state to make concessions so that he can declare at home that he negotiated peace. The result may be the end of Ukrainian sovereignty.