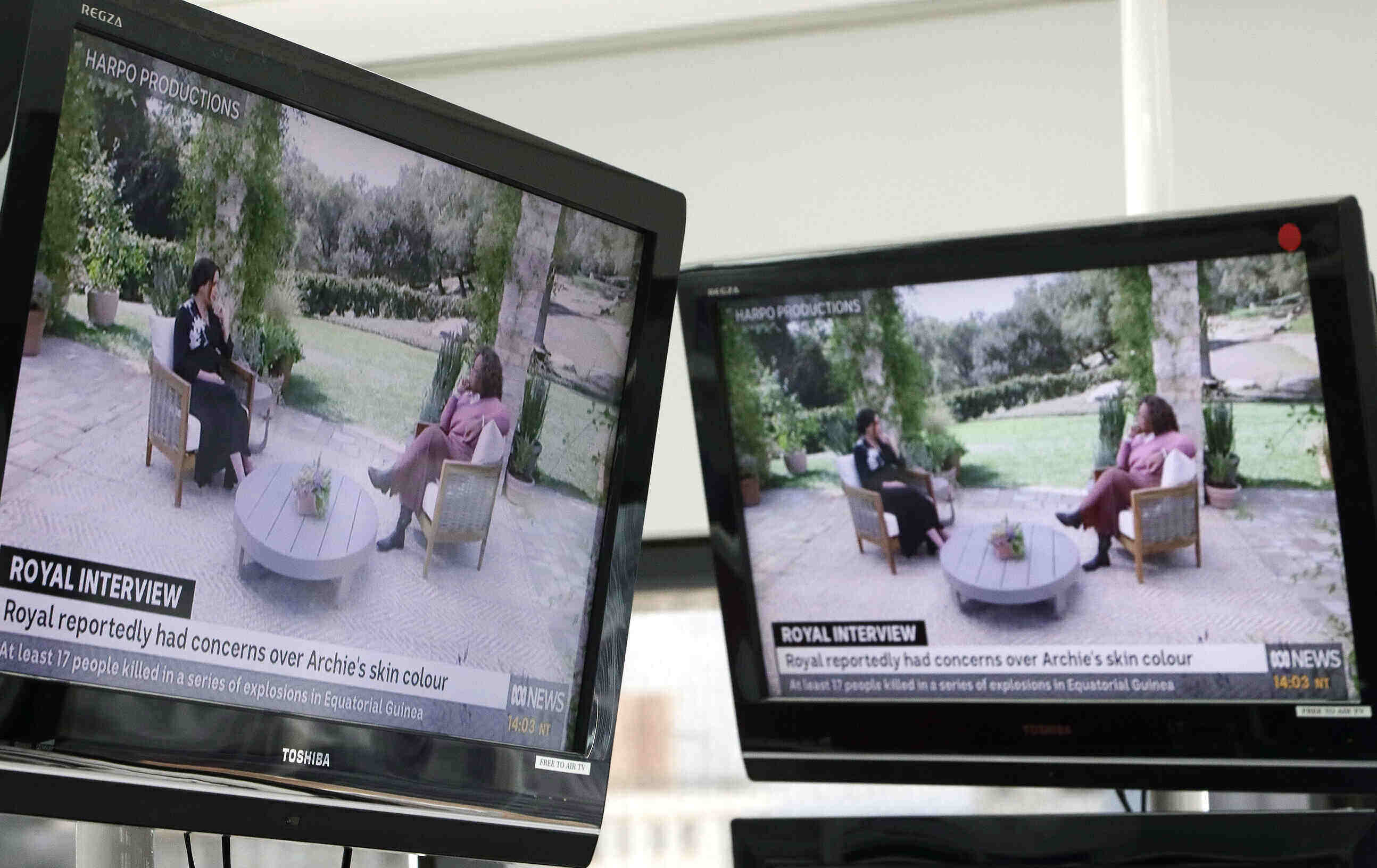 In the recent interview with Meghan Markle and Harry, Oprah Winfrey displayed such a wide variety of emotions such as shock, astonishment, and puzzlement that her expressions immediately began circulating the Internet. However, White people soon learned they were not allowed to send them due to Winfrey being Black, and in fact, only Black people are permitted to use them. This belief has given life to a new term: digital blackface.

Winfrey is inadvertently to blame. She is an excellent presenter, so she can also make iconic faces. When Meghan, for example, says in an interview that the British royal family was worried about the color of her son’s skin, Winfrey froze, widened her eyes, slowly opened her mouth in surprise, and then said in disbelief, “What?!”

After a moment, she turns her head away in horror and puts her hands in front of her, as if to say “Walk away, Satan”.

It was all too good for people to let it go. So, when let’s say some imaginary John told Mary in a message that he had Jack Daniels for breakfast instead of a carrot, our theoretical Mary didn’t bother writing, she just sent over an Oprah gif, staring and saying “What?!” That is because the gif speaks for itself and also for Mary.

However, this would only be okay if John and Mary aren’t White. Otherwise, the theory goes that it should be classified as digital blackface.

Twenty or 30 years ago, young students at the time didn’t think they were doing anything wrong when they went as Michael Jackson to a party and blackened their faces as a part of their costume. Today, such photos ruin their careers before retirement.

Until now, the “digital blackface” looked as innocent and harmless as Michael Jackson’s mask at the time. The term appeared in an activist’s article in 2017, and was repeated from time to time, but left no lasting impression. But now, as the most famous US presenter, Oprah has inadvertently promoted it to a much higher progressive league due to the significance of her name.

There are many examples of “digital blackface”. When a friend get you mad, you might think of sending him or her a photo or mini-video with an angry boxer in response. If you chose Mike Tyson or Muhammad Ali, you committed a form of digital blackface.

Or if something surprises you, you can choose an actress from the series “Real Housewives of Atlanta” rolling her eyes. There are countless possibilities. But now, after Winfrey’s conversation with Meghan, an activist organization sent a warning to the world that pictures, gifs, and emojis of Blacks should not be used by Whites. It had a wide response on social media as many people said they were suddenly enlighted.

The activist group promoting awareness of “digital blackface” argues that “however innocent it may be to share these photos and videos, it often reinforces the negative stereotypes that blacks are aggressive, loud, cheerful, and simply for your use and entertainment.”

Jardin Dogan, who claims his profession is a counselor and educator on Black mental health, put it similarly: “Digital blackface is when Blacks use images of Blacks to express their own emotions or phenomena… That is when they use photos to adopt a Black identity, but do not identify themselves as Black.“

BBC in a video called “Is it okay to use Black emojis and gifs?” states that it is actually a cultural appropriation in which Whites show a lack of respect for another culture. And what’s wrong with that? Blacks are not here for the fun of others to help others look sexier, more interesting, and more grateful.

Apparently, some Black people feel that way. However, the fact is probably that there is a wave of hurt behind it, which has risen in recent years. On the internet, you can already find videos of girls bragging about a suntan, who are then bullied for alleged cultural theft.

However, the digital blackface expands the scope so that, according to the prophets of political correctness, it is wrong to borrow images of any non-White culture. So, when you are asked how you feel in a frozen apartment where there is no heating, you should answer with a photo of the polar explorer Roald Amundsen, not an Eskimo huddled in a fur-lined anorak.

That is, of course, if you want to keep up with these ever-changing rules and not ruin your future.

Title image: Australian television news in Sydney, Monday, March 8, 2021, reports on an interview of The Duke and Duchess of Sussex by Oprah Winfrey. The interview airs in Australia Monday evening. (AP Photo/Rick Rycroft)