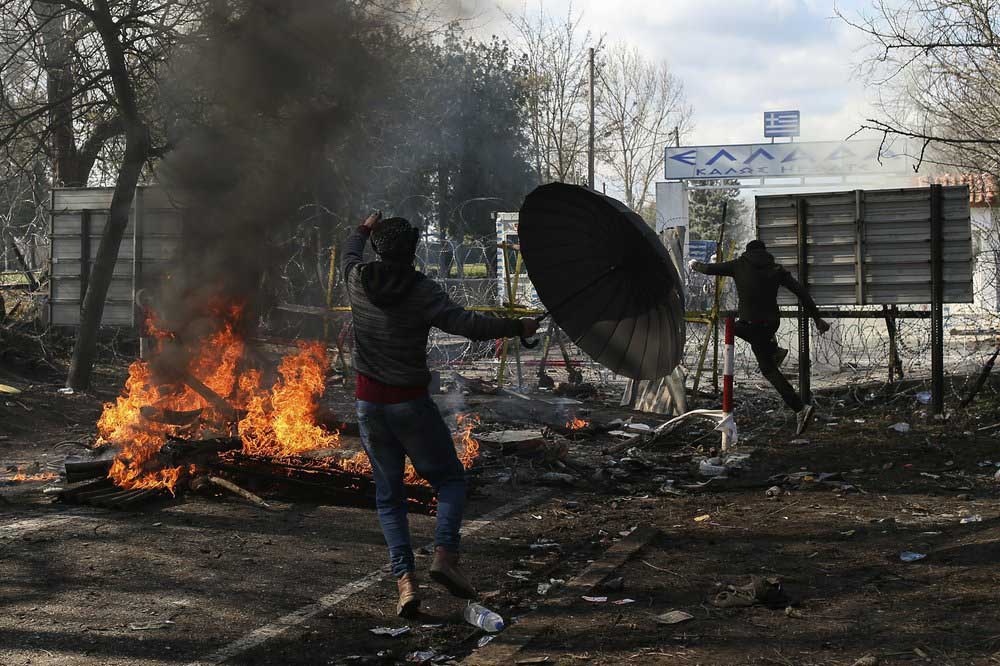 After Turkish special services transported at least 75,000 migrants to the Bulgarian and Greek borders in only a day and then encouraged them to cross the EU border, Greece is the only European country that dared refer to these actions as “aggression”.

It’s a sure sign of why Europe is facing a new crisis, which is only partially related to the flow of migrants. It has more to do with a lack of will on the part of Europe’s nations to confront nations like Turkey.

On Saturday, Feb. 29, white buses arrived in Istanbul to transport migrants to the Greek and Bulgarian borders which were opened by Turkish authorities the day before.

Greek sources stated that Turkish soldiers assisted the illegal migrants in crossing the border by destroying Greek border security fences and assaulting Greek border guards. Turkish internet trolls then accused Europe and Greece of brutality and a lack of humanitarian approach towards the refugees, which supposedly are values embodied by Turkey.

This is the perfect example of an attack using the so-called “D weapon”, or demographic weapon. One part of this weapon is to use a large, organized group of civilians and try illegally push them cross a border as part of an asymmetrical attack.

It is important to note that it is not the migrants who are the aggressor, but the state or authorities which use them. Migrants are the tool. Yes, they want to reach Europe, but the majority of them do not have bad intentions.