The balance of forces in the Baltic Sea basin and in the Arctic would be changed if Finland and Sweden join NATO, writes expert on Russia and political commentator Andrzej Łomanowski 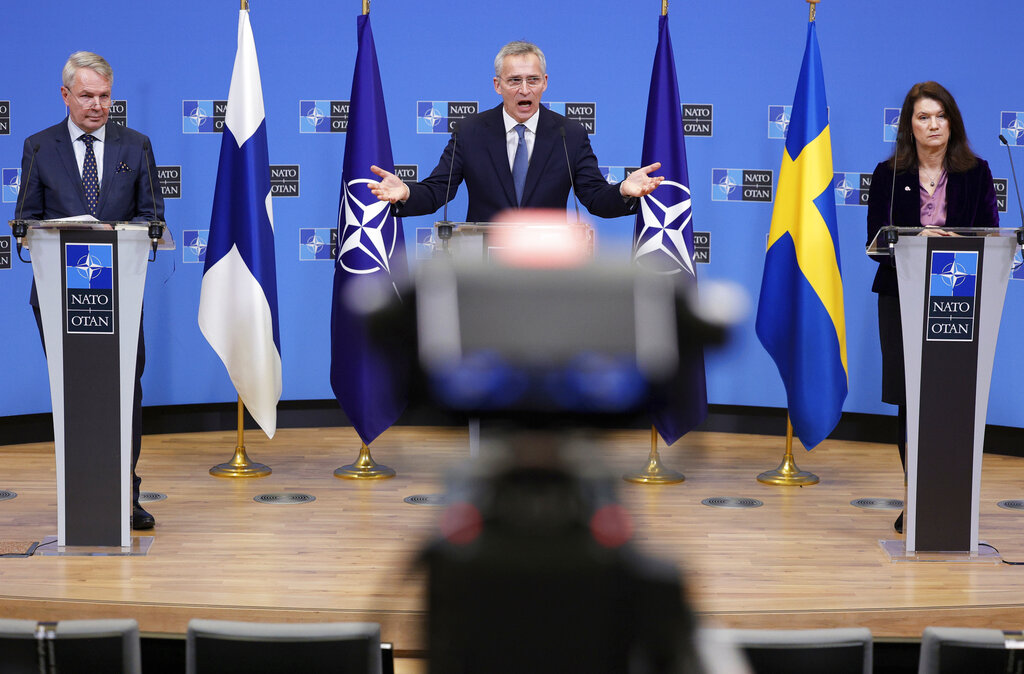 This spring may mean potential castling in the alliance structures. If Finland finally officially confirms its desire to join, it would most likely be in NATO by June. As would Sweden, who remained neutral even in both world wars but now can not stand Russian President Vladimir Putin’s madness.

Entry of both countries would mean that the Baltic Sea becomes almost entirely NATO-controlled, with just two small Russian enclaves of Kaliningrad and Petersburg. In case of a conflict with NATO of any type, the Russian fleet will be blocked in them, and will lose its importance.

What is more, it would no longer be only a NATO Norway, but also potentially Finland, that would be adjacent to the base of another Russian fleet – the Northern, based in Murmansk. Russian generals must be getting a headache from trying to solve the problems associated with this situation, created by their own president.

Scandinavia, united in the alliance, will become the base in conflict between the West and Russia for natural resources of the melting Arctic. In addition, four members of NATO will be interested in its result: the U.S. and Canada; and in Scandinavia, Denmark and Norway.

All this means that the attention of the alliance will turn north. This will be facilitated by ambiguous policy on Russia pursued on the southern part of the continent by the Turkish president Recep Erdogan, who is leading the second largest army of NATO.

Additionally, there is the problem of a former French Foreign Legion paratrooper’s daughter, who may soon move into the Elysée Palace and move France out of NATO’s military structures. The alliance will then be severely weakened in southern Europe, which will not win the sympathy of Spain, Portugal, or Italy for Marine Le Pen. They will be responsible for closing the gap.

Of course, this will not be achieved to the full extent, as out of all Europeans only the French, and the British, possess nuclear weapons and the French army is the third largest in the alliance. Weakened NATO will need to reduce its activities on the southern part of the continent.