“Slovakia can count on the defense of its airspace. It is a beautiful example of trust and cooperation,” Czech Prime Minister Petr Fiala said on Sunday 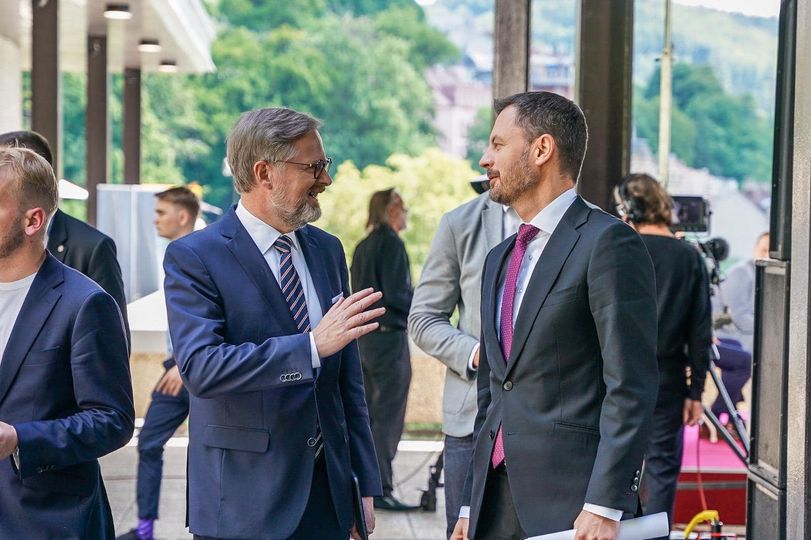 The assistance will last until Slovakia receives its order of American F-16 fighter jets, the delivery of which has been delayed.

“Slovakia can count on the defense of its airspace. It is a beautiful example of trust and cooperation. We’ll be happy to do that. We are ready technically and in terms of capacity,” Fiala said, adding that this will start Sep. 1.

“It is also in our interest,” Fiala said. “We cannot allow a country that borders a war to be threatened in any way. It is our joint task.”

“I am very grateful that our countries are not only historically close but that relations are improving,” Slovak Prime Minister Eduard Heger added. “You were one of the first to provide us with soldiers. Now, you will protect our airspace.”

According to Heger, the assistance should last at least a year, and likely longer. The American F-16 fighter jets ordered by the previous Slovak government should arrive by the end of 2024. The deliveries have been delayed due to Covid-19 and the global shortage of chips. The F-16s will replace the country’s Russian-made MiG-29 aircraft.

Czechia may also want to upgrade its air force

The Czech government will also address the issue of fighter planes in its Air Force during the summer. In 2027, the leases on its Swedish JAS-39 Gripen fighters will end, and it is necessary to decide whether the country will continue to use these planes or switch to others. Recently, there has been a lot of speculation about the transition to American F-35 fighters.

Sweden’s ambassador told the media this week that his country is willing to hand over the existing machines free of charge if Czechia continues with the Gripens. However, Defense Minister Jana Černochová and Fiala said they have not officially received such an offer.

Fiala and Heger also agreed that the eastern wing of NATO needed to be further strengthened. In the coming months, members will create a plan to protect NATO’s borders in the long term.

“We are discussing how to set up the defense architecture of the entire European territory very intensively. We have to send a strong signal, but plans need to be not for three and four years, but 10, 20, 50 years,” said Heger.

At the same time, both prime ministers announced that they would ratify Sweden and Finland as members of NATO, which should happen at the beginning of autumn. The Nordic countries are expected to sign the accession protocols later this week.