Polish President Andrzej Duda has welcomed the outcome of the NATO summit in Madrid, and has confirmed a change of strategy by NATO toward Russia 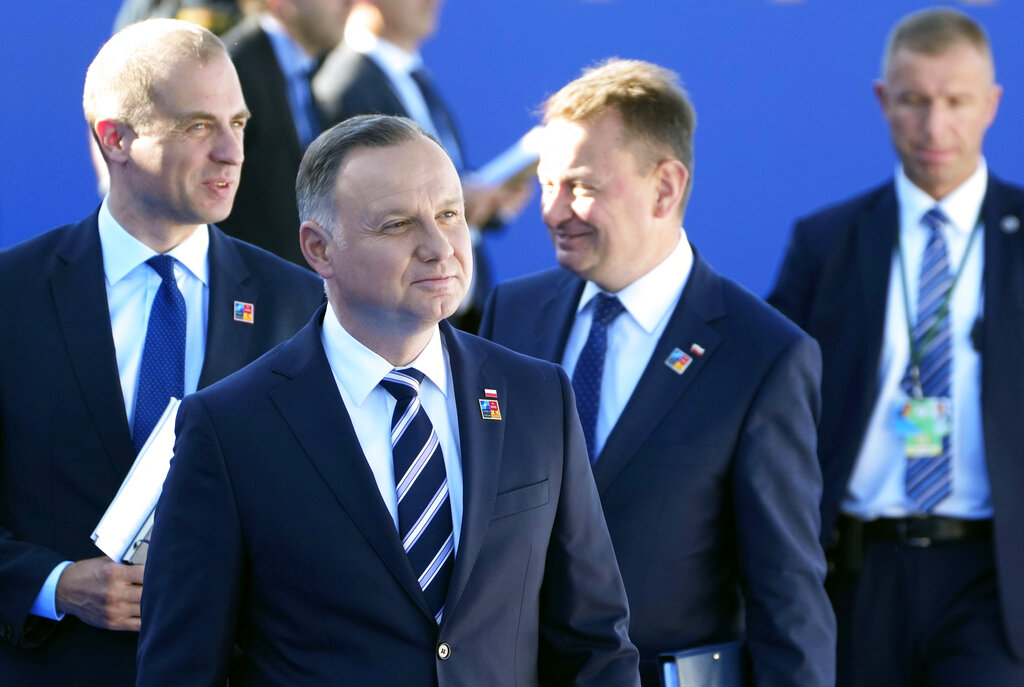 Polish President Andrzej Duda praised recent steps taken by NATO to shore up its eastern flank, expressing his satisfaction with the move to grant Sweden and Finland membership in the alliance, and welcoming the permanent presence of the U.S. Army in Poland.

Duda called the decision on Sweden and Finland’s NATO membership “historic for the alliance’s eastern flank,” adding: “For us Poles, for our defenses this is a very important decision that we have sought for a very long time because it strengthens the defense capacity in the key region of the Baltics.”

He was also pleased to see that the declaration adopted at the NATO summit in Madrid included provisions for those states that are supporting Ukraine the most to become a priority for NATO support.

Commenting on the decision to permanently station U.S. troops in Poland, the Polish head of state said: “We have waited for this for a long time.”

A minimum of 300 U.S. officers will be stationed permanently in the western Polish city of Poznań, where the headquarters of the Fifth Corps from Fort Bragg is to be moved. Duda said this move “significantly strengthens our security and is an additional guarantee at this difficult time.”

President Joe Biden, referring to the promise of stationing 20,000 troops in Central and Eastern Europe, quipped that “Putin wanted the Finlandization of Central Europe, but he’s going to get its NATOization.”

President Duda reiterated Poland’s newfound role as a leader in supporting Ukraine with military and humanitarian aid and in receiving Ukrainian refugees.

“I sought for the declaration to include a provision that those countries that are engaged the most in supporting Ukraine will be backed by the alliance as a priority,” the Polish president sad. He expressed satisfaction that such a provision was included in NATO’s final text.

The declaration adopted at the summit also states that “Russia is the most important and direct threat to the security of allies and to peace and stability in the Euroatlantic space.” This marks a major shift in the NATO defense strategy.